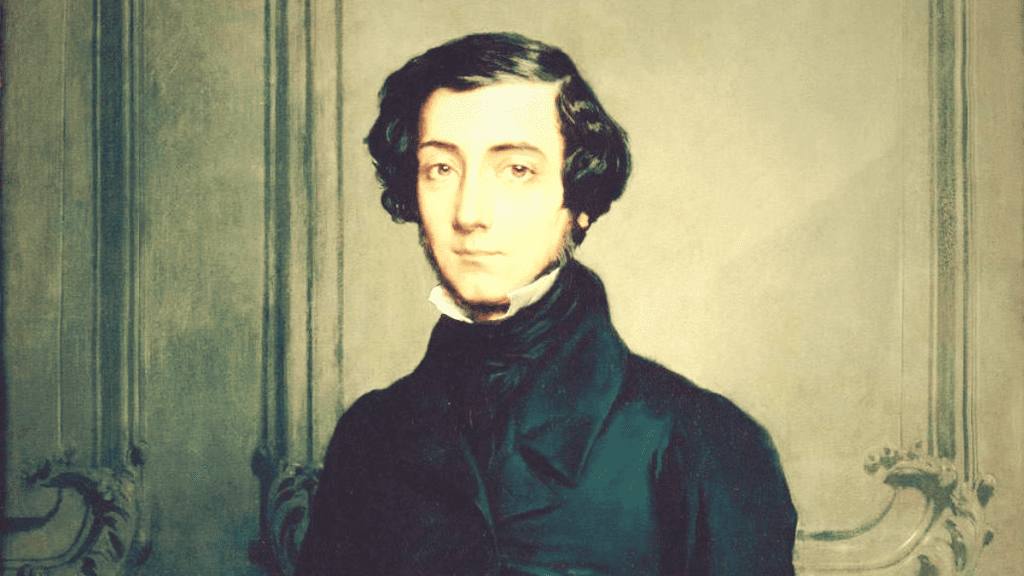 Any college student familiar with Alexis de Tocqueville knows his warning against the tyranny of the majority in democracies. But are Tocqueville’s insights on this matter still relevant?  There are at least two reasons to think that they are.

First, Tocqueville argued that the rule of majorities can be just as dangerous to liberty as the rule of one man for the simple reason that man does not become benevolent simply by being joined together with others. Anyone suspicious of the power of a king ought likewise to be suspicious of the power of a majority.
Some may be tempted to think that Tocqueville went overboard in his discussion of the dangers of majority tyranny. This is a position particularly attractive to those who think that there can never be danger in having more democracy. Others side with Tocqueville, who was as determined to oppose tyranny in monarchies as he was to ensure liberty in democracies:

If you accept that one man vested with omnipotence can abuse it against his adversaries, why not accept the same thing for a majority? Have men changed in character by being united? Have they become more patient before obstacles by becoming stronger? As for me, I cannot believe it; and I shall never grant to several the power of doing everything that I refuse to a single one of those like me.[1]”]
Anyone who would defend liberty must have the courage to support checks and limitations not only on the power of executives and courts but also on the power of majorities.

2. The Power the Majority Exercises Over Thought Hasn’t Changed

The foregoing point notwithstanding, Tocqueville argued that the majority’s greatest power lay not in the halls of the legislature but in the chamber of the mind. There, Tocqueville argued, the opinion of the democratic majorities on matters of truth and morality often come to rest without examination. In my view, Tocqueville’s argument on this matter remains relevant for our own time.
The following statement regarding the tyranny of the majority is one of the most famous quotes from Tocqueville’s entire book: “I do not know any country where, in general, less independence of mind and genuine freedom of discussion reign than in America.”[2] To understand this quote, one must first understand why there existed in America what Tocqueville called “the moral empire of the majority.”[3]
Above all else, Tocqueville was a sociologist, and he attributes to social structure the emergence of the moral empire of the majority. We can fairly summarize Tocqueville’s complex and lengthy reasoning on this point by saying that democratic society tends to make people rely first on their own reason and second on the reason of the democratic multitude that is so much like oneself.
Kant famously argued in his essay “What is Enlightenment?” that enlightened people have the courage to rely first on their own reason and do not trust in the reason of another.[4] Tocqueville would say that this is good as far as it goes, but can only go so far, because everyone from farmers to philosophers must rely on some intellectual authority for much of what they believe.
Paradoxically, when a whole society protects freedom of speech, thought, and judgment, people tend to believe that truth is “found on the side of the greatest number.” Tocqueville’s reasoning on this point is worth citing at some length:

Not only is common opinion the sole guide that remains for individual reason among democratic peoples; but it has an infinitely greater power among these peoples than among any other. In times of equality because of their similarity, men have no faith in one another, but this same similarity gives them an almost unlimited trust in the judgment of the public, for it does not seem plausible to them that when all have the same enlightenment, truth is not found on the side of the greatest number.… In the United States, the majority takes charge of furnishing individuals with a host of ready-made opinions, and it thus relieves them of the obligation to form their own. There are a great number of theories on matters of philosophy, morality, or politics that everyone thus adopts without examination, on the faith of the public.[5]”]
Unfortunately, 21st-century America seems not to be immune from the tendency of majorities to impose their views on others. Undoubtedly, the United States’ size and diversity means that our nation “is partitioned among several great irreconcilable interests” such that “the privilege of the majority is often unrecognized.”[6] Yet, social phenomena ranging from safe spaces to the use of public opinion polls in the place of argument in news reportage suggest that advocates of a free society must remain vigilant against the pressure to conform to the moral empire of the majority still today.
Moreover, this vigilance may require courage, for the cost of independent thought may be great. As Tocqueville writes “The master no longer says to [an individual]: You shall think as I do or you shall die; he says: You are free not to think as I do, your life, your goods, everything remains to you; but from this day on, you are a stranger among us.”[7]
References:
1. Ibid., 240 [I.2.7]. 2. Ibid., 244 [I.2.7]. 3. Ibid., 236-237 [I.2.7]. 4. Immanuel Kant, “What is Enlightenment,” in The Portable Enlightenment Reader, edited by Isaac Kramnick (London: Penguin Classics, 1995), 1. 5. Tocqueville, Democracy in America, 409 [II.1.2]. To understand Tocqueville’s teaching on the tyranny of the majority completely, one must consult not only the portions from Volume I on that topic but also Volume II, Part 1, which is titled “Influence of Democracy on Intellectual Movement in the United States,” and from which this extended block quote is taken. 6. Ibid., 237 [I.2.7]. 7. Ibid.,244 [I.2.7].

William Reddinger is Associate Professor of Government at Regent University, where he teaches courses in political theory and American politics.  His scholarly interests include the political thought of the American Founding, the history of political philosophy, and the history of economic thought.  His writing has appeared in American Political Thought…