Liberalism reconstructed for a world divided

So 2016 is limping to an end with an assassination of an ambassador, another “inspired” attack on innocents at a Christmas market, and the formal election of a master crony-capitalist to the office of the presidency of the United States.  We have angry tweets, mean tweets, and self-congratulatory tweets defining our age.  But our age requires something different.

The liberal project must be reconstructed for a world divided by ethnic, linguistic, religious, nationalist, and economic class.  The liberal project has always been an evolving project, not fixed in time.  It has taken on different meanings at different historical junctures.  Now is no different, and to do the necessary reconstruction, there must be no divide between the humanities and the social sciences.  Philosophy without economics is daydreaming, and economics without philosophy has no purpose, and both without politics are sterile intellectual exercises.

In this reconstruction, we may draw inspiration from Smith and Hume, Mises and Hayek, Friedman and Buchanan, Nozick, etc., but repeating their answers to the problems of their day will not work.  We live in the post-colonial and post-communist era, where the neoconservative project of a ‘world order’ has only exacerbated the social tensions that define our age.

This post is designed for one purpose — to encourage young scholars of classical liberalism — be they philosophers, political scientists, economists, historians, sociologists, etc. — to pick up this challenge and apply all their talents to be students of our civilization.  If the best and the brightest don’t pick up the challenge because of academic conformity methodologically, analytically, ideologically, then the necessary reconstruction will not occur.  Note I am not saying “restatement”, I am saying reconstruction.

My career as an academic political economist began with studying the history, collapse and transition from socialism in the former Soviet Union, it then switched to the institutional lessons to be learned from the failure of development planning in Africa, Latin America and Asia.  This has led to studies on economic calculation and complex coordination; institutional infrastructure and economic development; endogenous rule formation and analytical anarchism; and social epistemology and comparative institutional analysis.  But, these are at best inputs into a study that seeks to addresses the problems that plague our world and the reconstructed liberal project.

We have serious problems that require serious attention.  Let’s get to work.

This piece was originally published at Coordination Problem. 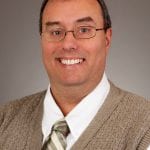 Peter Boettke is a University Professor of Economics and Philosophy at George Mason University, the BB&T Professor for the Study of Capitalism, and the Director of the F.A. Hayek Program… read more