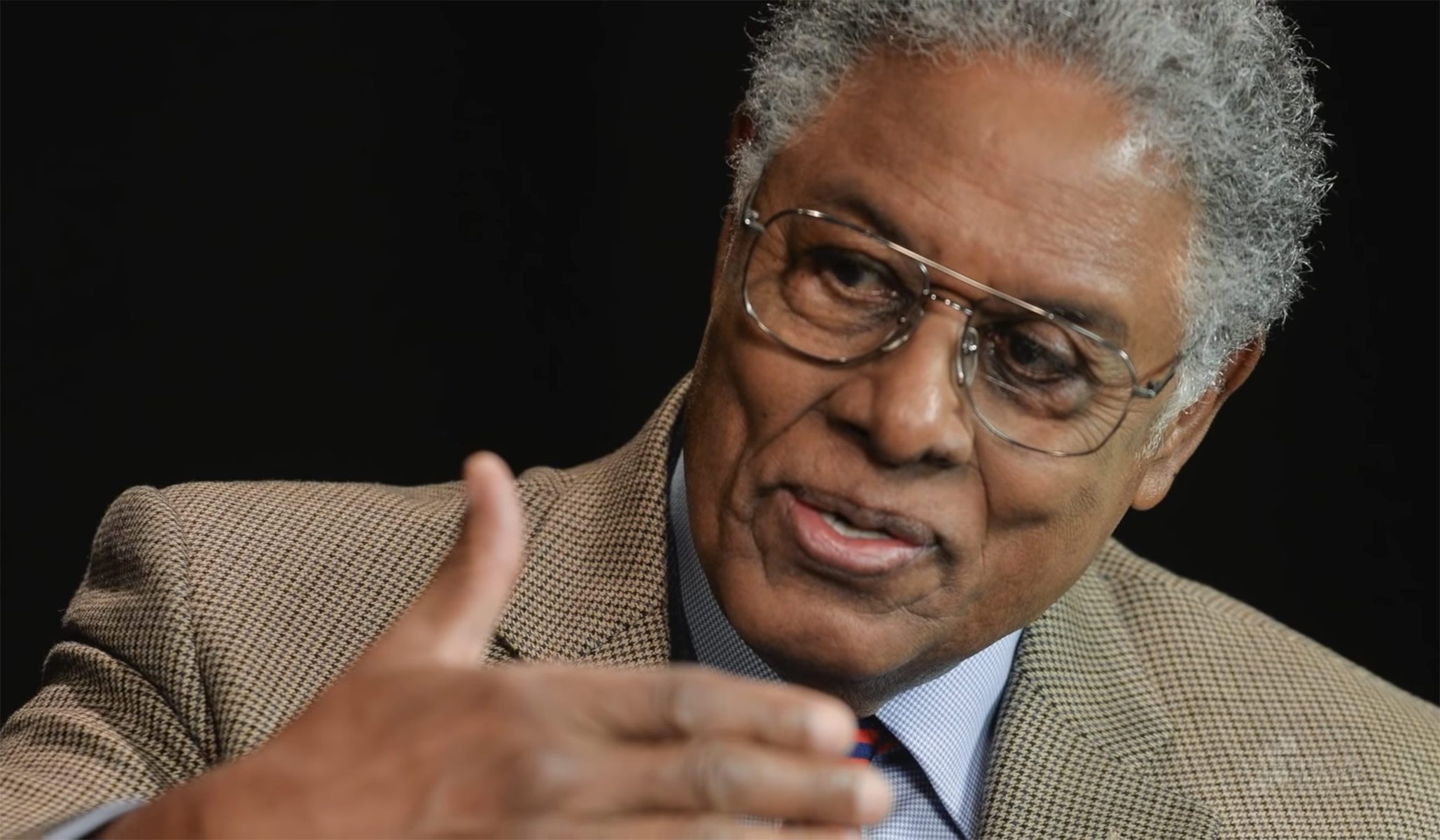 Last week, we wrote about Frederic Bastiat, the king of communicating economic and philosophical ideas in simple, direct (and often funny) ways.

Of course, in the 19th century, Bastiat’s medium was the printed word. But if you had to find an heir to his throne in the social media era, Thomas Sowell would be a leading contender.

The only catch is that, having been born in 1930, Sowell isn’t on social media himself. For a lesser writer, economist, and social theorist, that would be a problem. Sowell, however, throughout a career that spans 51 books (including an astonishing eight since his 80th birthday) has written in a way that is eternally quotable in a world with a 280-character limit.

For example, the following (from an account that tweets highlights from his writings) weren’t written for Twitter, but they are perfect for it:

Sowell’s talent for straight talk probably owes, in part, to a well-rounded field of experience. Far from a lifelong, ivory-tower academic — not to mention, far from a lifelong adherent to one political philosophy — Sowell has done it all: he was born in the U.S. south, spent his formative years in New York, worked for the federal government, was drafted into the Marine Corps as a photographer, and even was a self-identified Marxist in his 20s. (When asked what changed his mind, he mentions that very stint in the federal government):

Not many people who call themselves economists can claim such a wide-ranging background, but nor can many economists reason so charismatically and so effectively when pressed. As Anne C. Heller wrote of Ayn Rand’s style of debate, “With irrefutable logic, she transformed what [George Reisman] thought were self-evident propositions into absurdities.” We profiled Rand HERE; Sowell had a knack for doing the same, but has had more opportunities to do so under the bright lights of television cameras.

As they say, the dinosaurs looked at Chuck Norris wrong once — and you know what happened to them. Well, Thomas Sowell was caught off guard once, when asked (toward the end of this clip), what he would replace the Federal Reserve with. You know what happened:

Finally, Sowell’s thoughts on the subject of race are worth including. En route to becoming the go-to black academic for conservative media outlets, as the Washington Post called him, Sowell has neither shied from his race nor used it as a bully pulpit, but instead has championed civil rights and equality — from an anti-government, libertarian perspective — and argued against seemingly progressive ideologies on race.

At 91 years young, Sowell and his legacy are still going strong. Given his fondness for and study of children (particularly those with Einstein Syndrome, a term he coined to describe bright children who start talking late), he surely is proud to know that there’s a new children’s book about him called Thomas Sowell: A Self-Made Man.