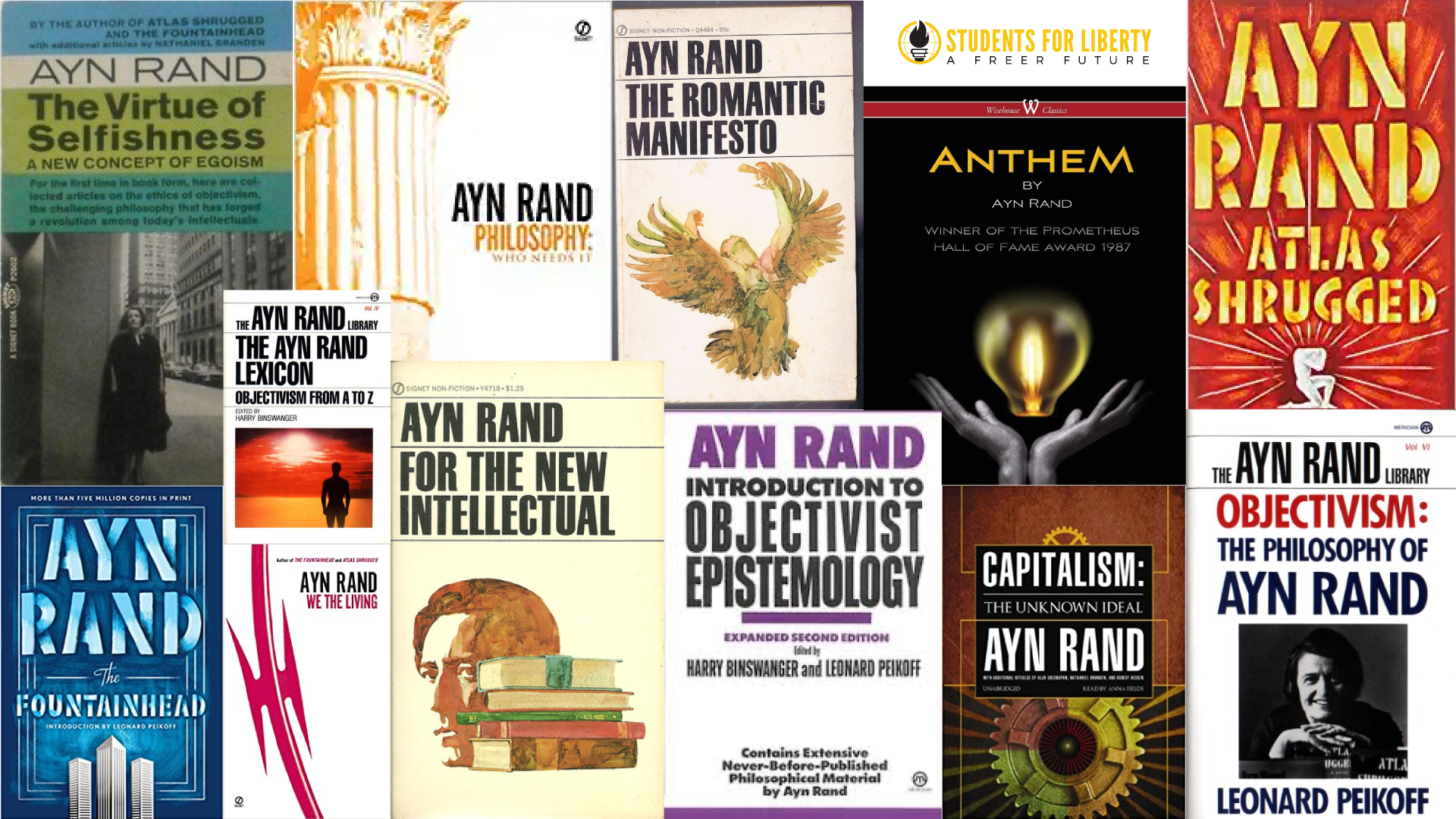 This is the first of Learn Liberty’s “Legends” series. See our second, on Frederic Bastiat, HERE.

Look no further than the replies to this tweet:

Much of the hatred comes from people (usually on the political left) who, as you can see in that Twitter thread, can’t or don’t want to contend with her ideas and instead are happy to remain ignorantly spiteful of them. Check out the mental gymnastics this video performs to smear Rand’s name:

To be fair, several prominent members of the political right (Paul Ryan, Ted Cruz, and Rex Tillerson to name a few) have trumpeted her as their hero; Kentucky Senator Rand Paul is even named after her.

But those politicians have used power to force citizens to act in certain ways: through taxes, through war, through regulations on businesses, through restrictions on immigration … the list goes on. They therefore can’t have taken Rand’s ideas to heart. Because as her philosophy of Objectivism makes clear, force is to be avoided at all costs.

In her bestselling novels The Fountainhead and Atlas Shrugged, plus nonfiction works like Capitalism: The Unknown Ideal and The Virtue of Selfishness, Rand argued that human beings survive and thrive by means of reason — that is, by using our minds to make rational judgments.

You can see how another of her novels, Anthem, influenced one of the greatest rock and roll albums of all time:

The only thing, she argued, that can prevent humans from acting on our rational judgment is force. Force — or the threat of it — short-circuits our brains. Therefore, any functional political philosophy must eliminate force.

Ironically, in an alternate universe, Rand’s backstory — and the attempted canceling of her — could have made her a champion of the political left. Born in Russia in 1905, she lived there until moving to the United States in 1926. You could hardly have found a better personification of the modern conception of “underprivileged.” She was a poor, Jewish, female immigrant without a college degree, trying to make her way not just anywhere in the U.S., but in the most competitive, cutthroat place of all: Hollywood.

In 1943, after struggling for years as a playwright and screenwriter, she earned fame and stature with the publication of The Fountainhead, the story of an architectural genius fighting against the collective weight of conventional thinking. She gave a wider application to her ideas about individualism in Atlas Shrugged, published in 1957.

Critics call her heroes selfish, but Rand would say that’s no insult at all; you might as well call them “human,” for we’re all selfish — we’re hardwired to be so. Trustworthy people are upfront and honest about it, while we should be suspicious of anyone who claims to be anything other than selfish.

Her heroes are also passionate and brutally hard-working men and women who live by a strict code. “I swear by my life and my love of it,” goes their mantra at the end of Atlas Shrugged, “that I will never live for the sake of another man, nor ask another man to live for mine.”

In the preface to Atlas Shrugged, she added, “I trust that no one will tell me that men such as I write about don’t exist. That this book has been written — and published — is my proof that they do.”

And though her writing style, especially in her fiction, could be described as “romantic,” “overly formal,” or even “unrealistic,” her ideas are as intuitive as they come. “The smallest minority on earth is the individual,” she wrote in Capitalism: The Unknown Ideal. “Those who deny individual rights cannot claim to be defenders of minorities.”

Ayn Rand is, undoubtedly, one of the most influential pro-liberty figures ever to pick up a pen. So whether you’re inclined to love, hate, or be indifferent toward her, don’t create a strawman version of her ideas to attack, as do so many on the left. Don’t bastardize her ideas to suit your political agenda, either, as do so many on the right. Read and judge her work for yourself. She’d ask nothing more, nothing less.