Indeed, it is not unusual for a libertarian who opines that access to education or health care is a laudable goal but not an appropriate function of government, to be greeted with incredulity.  Surely, says the listener, it is counterproductive to tie the hands of the state, which, after all, is the most powerful tool we have for social advancement.

If a properly constituted government can build a continent-wide transportation infrastructure, operate a world-class university, eradicate yellow fever, and even land a man on the moon, surely it would be narrow-minded or even mean-spirited to deny the state any means of promoting the general welfare.  Advocates of classical liberalism may often feel that they are swimming against the intellectual current.

The Economics of Ethics

A glance at intellectual history will reveal that classical liberal thinkers have usually been swimming against the current.  One liberal thinker who was particularly adept at opposing the prevailing current of ideas in his day was the French statesman, journalist, and pamphleteer Frédéric Bastiat (1801-1850).  An eloquent opinion leader who occupied a place in his society comparable to that occupied in our society by the pundits on the op-ed pages of the newspapers a generation ago or by top-tier political bloggers today, Bastiat made a career out of puncturing the fallacies of opponents whom he imagined saying things like,

“Taxes are the best investment.  They are a life-giving dew.  See how many families they keep alive, and follow in imagination their indirect effects on industry; they are infinite, as extensive as life itself.”

The precise connection between ethics and economics is often muddled in modern social thought.  Those who have an interest in what are often called “economic issues” tend to analyze public policy as though the ends (efficiency, prosperity, welfare, or what have you) justify the means.  In fact, since Bastiat’s day, it is not uncommon for economists to favor a utilitarian approach to ethics.  (Utilitarianism is a modern moral philosophy which holds that the right thing to do is the thing that can be expected to maximize a particular value, such as pleasure or happiness or welfare or preference satisfaction, across a social group.) In other words, the ends are ultimately all that matter; means are judged solely by their efficacy.

Others, reasoning in a different moral tradition, view morality as adherence to a fixed set of principles or rules, such as the categorical imperative of the philosopher Immanuel Kant or the Ten Commandments of the biblical tradition.  (Moral philosophers call this a deontological approach to ethics.)  The end does not justify the means for moral thinkers of this stripe.  Even if I can increase the general prosperity (or welfare, or efficiency) by confiscating the property of innocent Jews, for example, I must not do so.  Morality is not primarily about pursuing laudable ends; rather, it is about observing due constraints.

For Bastiat, however, ethics and economics were interrelated, and the two ways of looking at morality were ultimately harmonious.  In an essay entitled “Two Systems of Ethics,” he referred to the utilitarian, ends-based ethics popular with economists as “economic ethics” and the deontological, means-oriented ethics as “philosophical or religious ethics.”  Both systems of ethics ultimately arrive at the same conclusion, Bastiat insisted, because divine providence has so ordered the moral universe that social welfare (or efficiency, or prosperity, or any other laudable economic goal) cannot really be achieved by means which violate moral laws (such as “Thou shalt not steal”).

People advocate wicked policies either because they misunderstand the laws of economics and think that the policies will achieve goals which they really cannot achieve, or because they are morally blind and cannot see that the policies violate the laws of traditional morality.  Speaking sometimes as an economic ethicist and sometimes as a traditional philosophical or religious ethicist, Bastiat sought by artful turns of phrase and arresting examples to clear up muddled thinking of both types.

The Seen and the Unseen

Speaking to those fixated on the good ends which state action can supposedly achieve, Bastiat relied on economic analysis.  In a clever essay entitled “What Is Seen and What Is Not Seen,” he exploded the notion that government programs “create jobs” and “stimulate the economy.”  To expose the fallacious reasoning in this notion, he relied on a now-famous broken window analogy.

It may seem that someone who breaks your window is creating jobs and stimulating the economy, since he is supplying a glazier with employment.  But in fact, the work the glazier gets is merely what is seen.  What is not seen is what you would have done with the money if you had not had to hire a glazier to replace your windowpane.

There are highly visible benefits (buildings, bridges, meals for the indigent) and almost-as-highly-visible beneficiaries (architects, engineers, cooks), but nobody knows what taxpayers would have done with their money if it had not been for the taxes levied for those expenditures.  It is unlikely they would have stuffed it into their mattresses and forgotten about it.  Rather, it makes more sense to suppose they would have invested it somehow or spent it on something.

Now in the improbable event that the government has chosen exactly the bundle of goods and services which each individual taxpayer would have chosen had each been free to choose, then at best we are no worse off than we would have been otherwise.  It does not make sense to say we are better off.

At best, some in society (certain architects, builders, and cooks, for example) profit at the expense of others (certain taxpayers) who would rather have paid for something else.

The Self-Defeating Nature of the State

Speaking to those who focused on state action as a universal means to desired ends, Bastiat relied on good old-fashioned moral analysis and the Ten Commandments.  In another essay entitled “The State,” he placed politics-as-usual under a microscope and showed how it violated the traditional moral principles it was supposed to uphold.  In this essay, he offered the following pithy satirical definition of state: “The state is the great fictitious entity by which everyone seeks to live at the expense of everyone else.”

Like the architects, engineers, and cooks employed in the service of the hypothetical government programs just mentioned, many “concerned citizens” use the political process to demand “public services” which benefit their particular interest group at the expense of taxpaying consumers who would rather spend their money on something else.

A trade organization of French drapers, for example, might agitate for a protective tariff because they wish consumers to buy their cloth instead of cheaper Belgian cloth.  The consumers, however, might well prefer to save money by buying the Belgian cloth so that they have more to spend on tailoring services.  Now if the French drapers tried to impose an additional monetary cost on buyers of Belgian textiles by acting on their own behalf, without going through the political process and enlisting the state as their agent, their actions would be recognized by everyone in Judeo-Christian France as a violation of the commandment “Thou shalt not steal.”

Bastiat insisted that there was no difference between this sort of robbery and the use of the state to extract monetary benefits from consumers or taxpayers who would rather use their money otherwise.  What is robbery in private life is not sanctified by the political process.  Bastiat called this use of the state to gain benefits at taxpayer expense legal plunder. In fact, anything that government does beyond protecting citizens and their property from invasion by violence, theft, and fraud must necessarily involve legal plunder.  The minimal state is therefore the only moral state.

Frédéric Bastiat is a clever, amusing, and underappreciated writer who makes an uncompromising case for strictly limited government.  He is also an excellent road into classical liberal ideas for those who are interested in learning more about the freedom philosophy.  Clear and lively English translations of his principal works (two books and a collection of his most important essays and pamphlets) are available on-line at the Library of Economics and Liberty. A two-volume Bastiat Collection, containing all the essays to which I have referred, can be purchased in print, or downloaded for free, from the Ludwig von Mises Institute.

(Note that the titles of the essays are different in the LvMI’s translation.  Most notably, “The State” is rendered as “Government.”)

For those who read French, Bastiat’s complete works are available as online text, from the French National Library’s digitized photo-reproductions, courtesy of the Committee to Preserve the Works of Frédéric Bastiat. 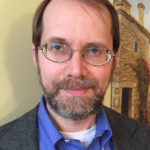 In addition to his duties as Assistant Professor at Southwest Tennessee Community College in Memphis, Dr. Meredith serves on the adjunct faculty at Mid-South Christian College.  His publications to date… read more