What If #FreeCollege Actually Hurts The Very Students It Is Supposed to Help?

Advocates for “free college” claim that fully subsidizing public tuition is necessary to avert a student debt “crisis” that is crippling college graduates and reducing access.

Critics dispute whether there truly is a crisis, pointing out that the majority of college graduates are more than able to repay their student loans. Critics are also quick to emphasize that “free college” isn’t free; it simply shifts the cost from students to taxpayers, creating a new entitlement projected to cost more than half a trillion dollars.

Supporters counter that this investment is worth it because it will enable more low-income students to earn degrees and pay dividends to the taxpayer through a more educated populace and greater economic growth.

Left out of the debate: when public colleges and universities do not charge tuition, they become solely dependent on taxpayer funding.

The cost of higher education has been rising well above inflation for decades, and reducing tuition prices to zero would almost certainly increase enrollment demand.

If taxpayer generosity lags behind cost increases, colleges will be forced to either ration access or decrease the quality of their educational offerings, undercutting the hope that free college will lead to more students receiving degrees.

This matters because the quality of a college matters more than the price of tuition for student success. Most low-income students already pay no net tuition to attend community college, yet only about a third graduate within six years.

In countries that charge tuition, the rate is 43 percent. Among the most developed nations, the G-7, those where students are charged tuition (Japan, 59 percent; Canada, 58 percent; United Kingdom, 48 percent; United States, 46 percent) all have higher levels of postsecondary educational attainment than those where tuition is free (France, 44 percent; Germany, 28 percent; Italy, 24 percent).

International comparisons dispel the assumption that free college necessarily leads to higher postsecondary attainment. But this analysis can’t take us much further than that. However, if within the same country, one region made college free and another increased the price of tuition, the results could tell us much more.

This was the case in the United Kingdom about a decade ago. In 2006, England decided to raise the cap on tuition fees; in 2007, Scotland abolished student tuition. Tuition fees in England rose by 87% from 2006 to 2012. No longer forced to ration access, England saw enrollment grow by 20% and applicants from the most disadvantaged backgrounds grow by 53 percent. In Scotland, low-income enrollment rates grew only one-tenth as quickly as in England.

This may be because while tuition was made free, students still had to pay for living expenses, and grant aid to defray overall costs for low-income Scottish students fell to half the value offered in England.

One economist calculated that the net effect of free tuition was a £20 million-a-year, or about $30 million, transfer from poor students to their richer classmates.

Making college tuition free is, at best, a very inefficient redistributive measure. Half of the U.S. students coming from families in the lowest 20 percent of the income distribution currently pay no net tuition to attend public universities.

Free tuition would provide substantial benefit to students from middle- and upper-income families while providing many low-income students with no economic benefit and leaving them on the hook for tens of thousands of dollars in room and board costs.

There may be another unintended consequence of free college tuition. A growing literature on college “undermatch” shows that similarly qualified students who attend lower-quality colleges tend to graduate at lower rates.

When Massachusetts offered free public college to students graduating in the top quartile of their high school class, two researchers at Harvard found that students were “remarkably willing to forgo college quality for relatively little money” — in other words, free tuition encouraged them to enroll in worse colleges. Many of those who did “lowered their college completion rates by using the scholarship.”

In a higher-education landscape that eliminated tuition from public colleges and universities, undermatch would affect students across the income spectrum, but there’s reason to fear that it would hit low-income students hardest.

This would be partly because they may be more sensitive to the additional room and board costs than students from more affluent families; and partly because free college would draw many higher-income, highly qualified students to apply and enroll in flagship state universities, increasing competition for high-quality seats and potentially crowding out lower-income students.

Free college would be an expensive public investment, and it might not help the educational prospects of low-income students.

A better approach would be to focus more on grant aid for low-income students, reform student loan repayment to lower the financial risk of attending college, provide students more information on the expected outcomes of attending college A or college B, and give colleges an incentive to see their students succeed by giving them a financial stake in whether students are able to pay back their debt.

This piece was originally published at The Hechinger Report. 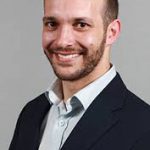 Max Eden is a senior fellow at the Manhattan Institute. Before joining MI, he was program manager of the education policy studies department at the American Enterprise Institute. Eden’s research… read more