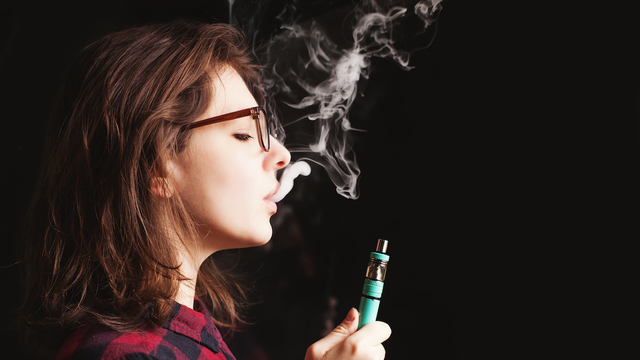 Vaping bans: How the FDA is making it harder to quit smoking

If you were struggling to kick a habit like smoking that endangered your health, which would you prefer: trying an alternative that, while not perfectly safe, was significantly less harmful, or giving up and sticking with your deadly habit?

The answer seems obvious, and it should. Harm reduction — opting for a product or activity that is not harmless but is better than the existing alternatives — is a common strategy that we use almost unthinkingly.

That principle needs to be applied in public policy, and the FDA’s coming vaping ban shows us why. Because e-cigarettes don’t burn tobacco (they deliver nicotine through a liquid that’s heated until it vaporizes), they are intrinsically less dangerous than smoking tobacco-containing cigarettes — 95 percent less harmful, according to Public Health England. So it would make sense to encourage people who are unable or unwilling to give up the habit completely to substitute vaping for smoking.

England’s Royal College of Physicians urged doctors last year to “promote the use of e-cigarettes, NRT [nicotine replacement therapy] and other non-tobacco nicotine products as widely as possible as a substitute for smoking in the UK,” because they provide “nicotine without the smoke.” As professor Michael Russell, whose research was the foundation for the 1988 US Surgeon General’s report on nicotine addiction, put it simply, decades ago, “People smoke for nicotine but they die from the tar.”

Just this month, Public Health England issued its long-awaited tobacco control guidelines, based on the latest science and health monitoring data. They recommend: “The best thing a smoker can do for their health is to quit smoking. However, the evidence is increasingly clear that e-cigarettes are significantly less harmful to health than smoking tobacco. The government will seek to support consumers in stopping smoking and adopting the use of less harmful nicotine products.”

However, it also recommended that e-cigarettes not be routinely included in “smokefree policies,” which could have the unintended consequence of making it harder for smokers to quit.


FDA regulations are denying smokers the opportunity to use e-cigarettes to quit or to reduce risk.

In the United States, FDA regulations are denying smokers the opportunity to use e-cigarettes to quit or to reduce risk. Further complicating matters, leading public health groups including the American Heart Association, the American Lung Association, and the American Cancer Society are actively lobbying against e-cigarettes, supporting adding e-cigarettes to “smokefree” policies and misrepresenting the science about both the safety of e-cigarettes and how they can help cigarette smokers drastically reduce their risk.

In June, San Francisco passed a law which would ban all e-cigarette liquids flavors except those meant to taste like tobacco — despite numerous surveys of former smokers who told researchers that it’s these flavors which helped them make the life-saving switch.


Are they totally “safe?” No. But there’s no question that they are far less harmful than cigarettes.

Although anti-e-cigarette activists claim that it will take decades to know definitively whether e-cigarettes are less harmful than smoking, we already know a great deal about why cigarette smoking is so devastatingly dangerous: primarily because of tobacco combustion. There’s a reason that, for decades, cigarettes have had nicknames like “cancer sticks” and “coffin nails.”

We also know a tremendous amount about e-cigarettes, the liquid that goes into them, and what comes out and is inhaled. Are they totally “safe?” No. But there’s no question that they are far less harmful than cigarettes, the most dangerous, irredeemable, widely used consumer product ever invented. And we know that many smokers are using e-cigarettes to quit.

The problem with “deemed” tobacco products

Partisan politics in the US Senate blocked an effort to rein in the FDA’s retroactive de facto ban on e-cigarettes, known as the “deeming” regulation. The Tobacco Control Act of 2009 gave the FDA direct authority to regulate cigarettes, but other products, such as e-cigarettes, would have to be “deemed” tobacco products before the agency could extend its regulatory reach over them.

The blocked legislative fix, as outlined in the bipartisan Cole-Bishop rider to the budget bill in May, was a modest but urgent effort to fix part of the Obama administration’s e-cigarette ban. The amendment would have restricted the FDA’s “deeming” regulations and its ill-conceived premarket tobacco application process to e-cigarette products sold as of August 8, 2016, while the existing regulations, which are being phased in, cover e-cigarette products introduced since February 15, 2007, or virtually all e-cigarette devices and liquids.

The Cole-Bishop amendment was approved by the House Agriculture Appropriations Committee and was on its way to becoming law via the budget bill. However, Senate Democrats considered it a poison pill and threatened a government shutdown if it and a range of other minor legislative riders were included in the legislation.

The same day the budget was unveiled, the FDA announced an extension to deadlines related to the deeming regulations. In a web statement to stakeholders, the agency said the extensions “will allow new leadership at the FDA and the Department of Health and Human Services additional time to more fully consider issues raised by the final rule that are now the subject of multiple lawsuits in federal court.”

This announcement implies that the new leadership at the FDA and its parent agency, the Department of Health and Human Services, are having second thoughts about the prospects of defending the flawed regulatory process that led to a retroactive and innovation-stifling regulation that would decimate an entire class of life-saving products.

The Trump administration will now have an opportunity to use the deadline extension to take action within the confines of its legal discretion.

There’s one approach that could reverse the Obama-era regulation without ponderous rulemaking or the uncertain legislative process: The administration could effectively nullify the deeming regulation. A new administration cannot simply change rules it doesn’t like. It can, however, evaluate the current status and merits of a growing number of legal challenges that assert the agency failed to follow the proper rulemaking procedures and then instruct the FDA and the Department of Justice to stop defending the rule because of the serious and irrevocable harm the rule is causing to public health.

Just as the Obama administration’s Justice Department decided not to defend duly passed legislation that it determined was not legally defensible (the Defense of Marriage Act, for example), the Trump administration has the discretion not to defend a rule that it believes was created with procedural failures.

It appears that the new head of the FDA, Scott Gottlieb, will agree with our formulation. In his Senate confirmation hearing, he alluded to this, perhaps prophetically, in response to questions about how to balance the benefit of e-cigarettes against any risk. “I think a properly constructed and overseen regulatory process should have the capacity under the authorities Congress gave the agency to make these determinations,” he said (emphasis added).

The Obama FDA’s process was both improperly constructed and lacked effective oversight. Nullifying the rule by declining to defend the process by which it was created would also give Congress time to rethink the underlying 2009 Tobacco Control Act, which did not even contemplate e-cigarettes (which were then in an early stage of development).

Gottlieb also stated, “We need to make sure we’re getting the most bang for our regulatory buck. That means being cognizant of risks and being sure that we’re not adding to consumer costs without improving consumer safety.” Spending time and effort on defending the indefensible is hardly a good investment of the FDA’s resources. But most important of all, nullifying the FDA’s vaping ban would save the lives of smokers who would like to quit cigarettes, today and in the future.

Editor’s note: This is an updated and revised version of a piece published at the National Review.