Islam and classical liberalism: Are they compatible?

At first glance, classical liberalism and Islam may seem not just incompatible, but in complete opposition.

Classical liberalism is a political philosophy that aims at maximizing individual freedom. Islam, on the other hand, is a religion that stresses “submission” and “obedience.”

Moreover, today’s predominantly Muslim societies are not beacons of liberty — to put it lightly. The Muslim world is full of dictatorships, some of which — such as Iran or Saudi Arabia — justify themselves with references to Islam. According to Freedom House, a Washington-based think tank that measures freedom in the world, among the nearly 50 Muslim-majority states on the globe, only one, Tunisia, ranks as free.

All this has led some classical liberals and libertarians to consider Islam as an enemy of liberty — in fact, the biggest threat to liberty in the 21st century. In my view, however, they are making a mistake. They are looking at the most rigid, bigoted, and aggressive manifestations of contemporary Islam and then judging a whole religion accordingly.

Just like Judaism and Christianity, Islam is an Abrahamic religion. It is based on the belief that the whole universe is created and sustained by an all-powerful, all-knowing God who guides humanity through prophets and revelations. Islam, in fact, honors the preexisting monotheistic religions, claiming that it completed them with the final revelation given to the Prophet Muhammad, which is the Qur’an.

The Qur’an — just like the Bible — has various commandments that interfere in human lives: Do not worship idols. Do not eat pork. Do not consume intoxicants. Do not have extramarital sex. Do not eat or drink during the day throughout the holy month of Ramadan. And so on. Are these commandments, by definition, encroachments on human liberty?

The answer depends on whether these commandments are moral or legal. In other words, is refraining from intoxicants — alcohol, drugs — a moral commandment that the individual Muslim may (or may not) decide to follow? Or it is a legal dictum that will be imposed on every individual?

However, if Islamic commandments are legal categories, then the Qur’an seemingly justifies states like Saudi Arabia or Iran, which impose their vision of an “Islamic way of life” by law. They force women to cover their heads and punish people for engaging in “immoral behavior,” or spreading “false religions.” These states also criminalize acts they view as apostasy or blasphemy, leading to dramatic violations of freedom of religion and freedom of speech.

The key issue, therefore, is whether Islam is a religion to be voluntarily followed by individuals and communities in a free society, or a legal system to be imposed by a theocratic state.

“No Compulsion in Religion”

On this key issue, I must confess that the classical mainstream interpretations of Islam tend toward theocracy. Since the very beginning of Islam, Muslims had political power, and divine commandments evolved into earthly law broadly called the Sharia.

In that classical age of Islam — say, from the 7th century to the 19th century — there was at least one gain in terms of liberty: Muslim states did not have a single law of the land. They rather had multiple legal systems to which individuals would be subject based on their religion. In the Ottoman Empire, for example, the Sharia was binding on Muslims, whereas Christians and Jews had their own laws. While alcohol was forbidden to Muslims, it was allowed for Christians.

In the modern era, theocratic states such as Saudi Arabia have taken a much worse step by making the Sharia the law of the land. That is how Islamic commandments became binding on non-Muslims as well. Thus, Christians visiting Saudi Arabia from abroad may not drink or even possess alcohol — or, alas, even a copy of the Bible — for example, and are subject to imprisonment for violating the law.

Yet in the same modern era, there have also emerged reformist Muslims who call for revisiting this whole idea of state religion. These reformists — my humble self being among them — argue that the marriage of Islam and the state is just an accident of history, not a requirement of religion.

They emphasize a key Qur’anic verse, “Let there be no compulsion in religion” (2:258), and argue that the Sharia must be reinterpreted in light of this principle. Compulsion, they add, breeds not genuine religiosity but only hypocrisy. Jihad, they argue, is only a justification for defensive and just war, not a warrant for aggression and conquest.

This reformist argument makes sense to many Muslims around the world and is promoted by plenty of scholars, intellectuals, movements, and parties. (Tunisia’s recent success was made possible partly because its main pro-Islamic party, En-Nahda, is led by Rashid Ghannouchi — a prominent Islamic scholar who takes the “no compulsion in religion” principle seriously.)

That is why and how, throughout the long centuries of classical Islam, the Sharia often acted as a constraint on arbitrary rule and became the guardian of rights. (It is not an accident that in Arabic, the term “law” translates as huquq, which literally means “rights.”) The rights that the Sharia protected included property rights. This protection was crucial at time when despotic states could typically plunder wealth at will.


Throughout the long centuries of classical Islam, the Sharia often acted as a constraint on arbitrary rule.

In a tell-tale episode, when Alaud-din Khilji, a fourteenth-century Muslim ruler in India, wanted to overtax his wealthy Hindu subjects, he was dissuaded by his top scholar because doing so would violate the property rights recognized by Islam. “Whenever I want to consolidate my rule,” Khilji complained, “someone tells me that this is against the Sharia.”

To further consolidate the protection of private property, medieval Islamic scholars developed a version of the legal doctrine of trusts. This allowed the transmission of wealth across generations through the creation of the charitable foundation, the waqf, which was legally immune from governmental interference. The result was a vigorous civil society, including charities, hospitals, and schools, all supported by the private foundations that were under the Sharia’s protection.

The medieval Muslim state, in other words, was a state limited by law. Thanks to the sanctity and independence of the Sharia, a form of checks and balances was established that allowed nonstate institutions to flourish. If there was a big secret to Islam’s much-praised golden age, it was this notion of a limited state.


If there was a big secret to Islam’s much-praised golden age, it was this notion of a limited state.

Today, what are we supposed to understand from this whole legacy of the Sharia? A good answer comes from a theory developed by a 14th-century Islamic scholar named Imam Shatibi. He studied all injunctions of the Sharia and reasoned that the “intentions” behind all of them could be rendered to the protection of five values: religion, life, property, intellect, and lineage. Reformist Muslims often take these “five intentions” of the Sharia as the guiding light and argue that any state that protects them — and is constrained by them — is welcome regardless of whether it is “Islamic” or not.

There is one more area to consider: the economy. What kind of economy does Islam envision? Answers among Muslims vary, as there are defenders of so-called “Islamic socialism.” Others, however, argue that if there is a specific Islamic model of the economy, it is certainly capitalism.

This argument for capitalism is partly rooted in the life of the Prophet Muhammad. Before the beginning of his religious mission at the age of 40 in the city of Mecca, he was a successful merchant. This meant that he saw the blessings of trade and understood the mechanisms of the market. No wonder he has many recorded sayings in which he promotes trade and praises the “honest merchant.”

The same spirit can be found in the Qur’an. It is quite notable that the longest verse of the Qur’an (2:282) is about how to write a proper loan contract with the right witnesses.

In a remarkable episode in Prophet Muhammad’s life, we also read that he was asked by his faithful believers to regulate the increasing prices in the marketplace. He responded negatively, saying: “Only God controls the prices.” Some later commentators have seen a spirit here similar to Adam Smith’s invisible hand.

The protrade spirit of Islam’s prophet and scripture led to the rise of a financial and commercial capitalism in the Middle East in the early centuries of Islam. Some inventions of this “Islamic capitalism” were later borrowed by Europeans. (That is why, for example, the English word “check” comes from the Arabic word saqq, which means “written document.”)

In his remarkable book Early Islam and the Birth of Capitalism, economist Benedikt Koehler documents all these economic achievements of Islam. “The roots of Chicago economics,” he even argues, “lie in seventh century Medina.”

None of this means that classical liberalism is a popular idea among Muslims today. Quite the contrary — there are very powerful illiberal, statist, autocratic trends among Muslims, not to mention the violent extremists that threaten us all.

But a defense of classical liberalism on Islamic grounds is possible — and is not unheard of. Many Muslims, especially those living in the West, accept classical liberal ideas intuitively. Moreover, there are initiatives dedicated to this cause, such the Minaret of Freedom and Muslims for Liberty in the United States, the Islamic Renaissance Front in Malaysia, and the Liberal Islam Network in Indonesia. They are led by Muslims who are serious about their faith and who are genuine in their commitment to liberty.

Such pious Muslims can usher a reform in Islam toward “no compulsion in religion” and freedom for all. This concept of freedom is not something that will be poised against God. Quite the contrary: it is a freedom that is bestowed by God. 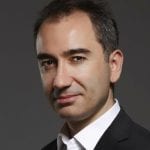 A Turkish journalist and author, Mustafa Akyol studied political science and history at Bogazici University. For more than a decade, he has been writing regular opinion columns for Turkish publications… read more