“Compared to what?” That’s the first question you should ask when someone mounts a criticism against a market outcome.

In welfare economics, a market failure is when the competitive price system fails to allocate resources efficiently, where this usually refers to a violation of Pareto optimality. This means there are unexploited ways to make some people better off without making anyone worse off.

A very common strategy of argument is to identify a market failure and then manufacture a government intervention to address it. For example, the standard microeconomic analysis of public goods provision suggests that things like lighthouses would be under-provided by the market because of people’s propensity to free ride.

Someone might notice that ships need lighthouses and build with the hope of signing up paying users, but this arrangement would certainly fail because lighthouses are non-excludable and non-rivalrous. None of the ship owners would pay for the service. If we’re going to have lighthouses, we need the government to provide them.

But market processes aren’t the only kinds that fail to secure an efficient outcome. Theories of government failure developed among public choice economists in response to the assumption that in a case where a market process has failed, a government decision-making process will know what to do to correct it. This is closely aligned with the assumption that government actors are genuinely benevolent and reliably motivated to pursue the common good.

Public choice theory shows that you can generate better predictions of government behavior by assuming that people holding positions in government are people with normal levels of epistemic and moral capacities and largely motivated by self-interest.

Just like there are several well-theorized sources and examples of market failure (e.g., externalities and public goods), there are likewise several well-theorized sources and examples of government failure. In cases of corruption, government officials use their control of public resources to advance their private ends. An official may be in charge of some project and solicit bribes in exchange for granting the government contract supporting it.

The problem here isn’t that it’s immoral, though it is. The problem is that extending a contract on the basis of someone’s willingness to provide a bribe will almost certainly violate Pareto optimality. Public choice theorists argue that ineffective monitoring regularly permits politicians to benefit themselves at the expense of the public. Individual losses among the public may be quite small.

In fact, that they are small explains why the monitoring is so ineffective since their losses are usually too small to notice. Therefore, their ignorance about who it is best for them to vote for, what policies are best for them to support, or who might be taking advantage of them is rational. But in the aggregate, their total losses will tend to be much greater than the benefit the official consumes in the form of rents.

This dynamic of concentrated benefits and dispersed costs also figures into accounts of regulatory capture. When political actors have a great deal of discretionary power, this generates powerful incentives for an industry to use whatever means available to influence the decision-making process.

They might convince regulatory agencies to permit certain profit-enhancing externalities or provide economic protection from foreign or domestic competitors. These high stakes provide incentives to win influence that are much stronger than anything that would induce an individual citizen to organize with others to help keep the regulatory agency’s activities in line with the public interest.

Even Pigou Got It

This lesson, and even many sources of government failure, was acknowledged by, of all people, Cambridge welfare economist A.C. Pigou, who is the patron saint of market failure theorists. As early as 1912 in Wealth and Welfare, he wrote:

“It is not sufficient to contrast the imperfect adjustments of unfettered private enterprise with the best adjustments that economists in their studies can imagine. For we cannot expect that any State authority will attain, or even whole-heartedly seek, that ideal. Such authorities are liable alike to ignorance, to sectional pressure, and to personal corruption by private interest” (Wealth and Welfare, pp. 247-248).

Again, markets fail. But even when they do – even when real-world markets do not meet the standard modeling assumptions that ensure perfect competition and Pareto optimality – government intervention may make things worse. The government is, at best, another tool societies can sometimes use to good effect. It is not a Deus ex machina that societies can rely upon to swoop in and bring about a happy ending.

Examples of messy real-world institutional arrangements might actually surprise some economists in the way outcomes sometimes do not cooperate with standard microeconomic models.

Return to the lighthouses. In 1820 about 75% of lighthouses on the English coast were built and operated by private parties because they could effectively limit access to their service by tying its use to entry into harbors. There, berths were excludable and fees were easy to collect. This example may suggest a sort of market resiliency where cooperative solutions to market failures emerge without government intervention because novel solutions are incentivized by mutual gains from trade.

Government failures generally don’t have this natural self-correcting feature, which may make them more serious. To correct a government failure there must be someone with the insight to devise a solution and the benevolence, courage and skill to see it through in the face of highly motivated political opposition. For whatever reason, we don’t typically find people like this in politics.

This piece was originally posted at the Foundation for Economic Education. 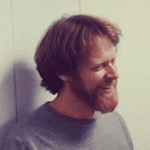 Kyle Swan is an Assistant Professor of Philosophy at Sacramento State University. He received his Ph.D. from Bowling Green State University, and he specializes in teaching and research on social,… read more