I teach at a law school. It is quite common for legal scholars to switch back and forth between academia and government. In my discipline, international law, this has happened recently in both Republican and Democratic administrations. Leading scholars from prestigious universities have joined the administration in prominent positions. The same occurs in other legal fields such as constitutional law, administrative law, tax law, among others. Both law schools and lawyers approve of this practice, and those who engage in it acquire social prestige among the chattering class. These academics thereby enhance their resumés, increase their consulting opportunities, and so on. I assume this happens in other disciplines as well, such as political science and economics (less in philosophy, I would think), but I don’t know how pervasive the practice is outside my field.

These are scholars I know and respect for the most part. Yet, applying a theme developed by Bas van der Vossen in his seminal paper, In Defense of the Ivory Tower, I claim that when scholars foray into government their scholarship becomes corrupted. In various ways, academics who join government abandon their commitment to the truth for different, truth-insensitive, objectives.

Consider the production of scholarship at three different stages: before these scholars’ appointment to government positions, that is, during the application process; during their government tenure; and after they have left government.

Before their appointment these scholars must compete with other applicants for coveted government jobs. One obvious way to do this is to publish in order to maximize their chances of appointment. The scholar who wants the job acts irrationally if she publishes opinions that offend those who make the decision to hire her. During the scholar’s tenure, she has to follow her bosses’ instructions. Rulers want people who will support their agenda, not people who might tell them inconvenient truths. They have their own electoral incentives and will reject advise that, while sound, may not align with those incentives. Finally, after they leave government these academics will usually spend time trying to justify the policies they supported while working there. It is easy to find examples of all of these situations, but I just state the claim in this general form to avoid personalizing the problem. People may have good intentions, but, once in politics, the incentives to deviate from disinterested argument are just too strong.

Now I do not claim that these academics do not improve the world. Surely sometimes they do. My claim is that their scholarship is corrupted. If you are a scholar, your goal should be to seek the truth. If you join government you abandon that goal. Therefore, there is no reason why we should treat your writings as anything other than the rationalization of someone else’s policies. 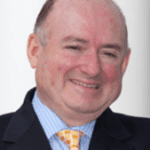 Fernando Tesón, a native of Buenos Aires, is the Tobias Simon Eminent Scholar at Florida State University College of Law. He is known for his scholarship relating political philosophy to… read more