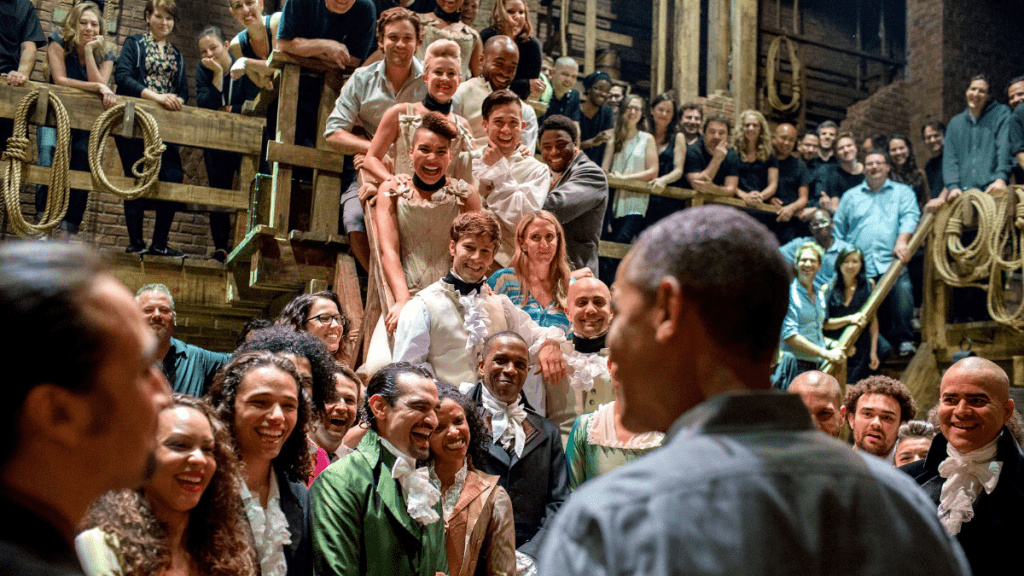 Hamilton Tells the Story of a Great Historical Figure, but Misses Some of the History

Lin-Manuel Miranda’s Hamilton has brought the American Founding back to life and, with it, the life and times of Alexander Hamilton. Drawing heavily from Ron Chernow’s 2004 biography of Hamilton, Miranda recasts the American Founding into a vivid tale of love, war, political intrigue, stunning successes, ignominious failures, immigrants, and big city life—the kind of stuff that makes for a great story. Miranda’s genius is to put this story to music, the medium that, as Socrates said long ago, is much more powerful than mere words.
How good is Hamilton as history?
Miranda certainly alters a few key facts for the sake of a neater storyline that can grab the attention of modern listeners. But do these changes distort our view of the past in ways that might distort contemporary political debate? These kind of questions are a little like asking if Shakespeare got the life of Richard III right. After all, we’re talking about a play, not some academic debate, right? That said, given Hamilton’s already significant impact on popular culture and its probable impact on education in the future, it’s worth taking a look.

What Hamilton Gets Wrong

Scholars have not hesitated to weigh in. Conservatives sense a progressive tone and intent in the musical’s treatment of race, the Declaration, and the role of government. Liberals see Hamilton as ignoring the protagonist’s promotion of capitalism, his acceptance of inequality, his Anglo-philia, and his skepticism about democracy. There is something to more than a few of these criticisms. Hamilton was, without doubt, a figure who presents problems for today’s left and right.

What Hamilton Gets Right

But these issues of historical accuracy should not distract us from what Hamilton gets spectacularly right:

Above all, Miranda focuses on the themes of ambition (“rise up”) and memory (“who tells your story”) that were so central to Hamilton’s life. Hamilton was, from our earliest knowledge of him, a young man on the make, burning with an ambition to escape his inauspicious start in life. His ambition helps explain his extraordinary capacity for work, his willingness repeatedly to risk his life, and the sense of extreme urgency that he never could shake. “Hamilton” shows an orphan immigrant being made aware that “history has its eyes on you” and fighting to leave a “legacy” in America that will outlive him and become part of a “great unfinished symphony.”

Miranda makes Hamilton the embodiment of the American story, then and now. But this does not quite capture the kind of ambition that gripped Hamilton. Hamilton once wrote that “the love of fame” is “the ruling passion of the noblest minds.” By fame he meant something much more than success and celebrity. Nor did Hamilton mean the kind of Macbeth-like “vaulting ambition” referenced in Hamilton. He meant instead the kind of fame that the heroes in Plutarch (one of Hamilton’s favorite authors) had achieved. Hamilton’s pseudonyms tell us a great deal about him. Greeks and Romans prevail: Camillus; Phocion; Tully (Cicero); Lucius Crassus; Titus Manlius; Metellus and Catallus (opponents of Caesar); and, most famously, Publius, the author of The Federalist Papers. In the words of his friend Fisher Ames, Hamilton wanted to wear “the wreath of immortality.”
Hamilton would only seek fame through honorable means but it must be said that this kind of passion is sometimes a fearsome thing. Caesar weeping in his tent because Alexander had conquered the world in his twenties while a much older Caesar had almost nothing to show for his endeavors has something in common with Hamilton’s love of fame. It led Hamilton into actions that hurt his party, his family, and himself. It also led Hamilton to be deeply frustrated at times by his adopted country. Hamilton’s elitism at its height is on display here.

The role of memory is another essential theme of Hamilton. Without a great historian or a great musical-poet the greatest hero is likely to be forgotten. After all, who is Achilles without a Homer? As Washington remarks to Hamilton in Act One: “You have no control: Who lives, who dies, who tells your story.” This was something that Hamilton’s understanding of the love of fame never fully reckoned with. But fortune has finally smiled on him by giving him Ron Chernow and Lin-Manuel Miranda to tell his story. 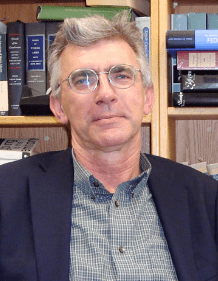 Peter McNamara is the author of Political Economy and Statesmanship and editor of The Noblest Minds and of Liberalism Conservatism and Hayek's Idea of Spontaneous Order. He is Co-director of the Project on Liberty and American Constitutionalism.