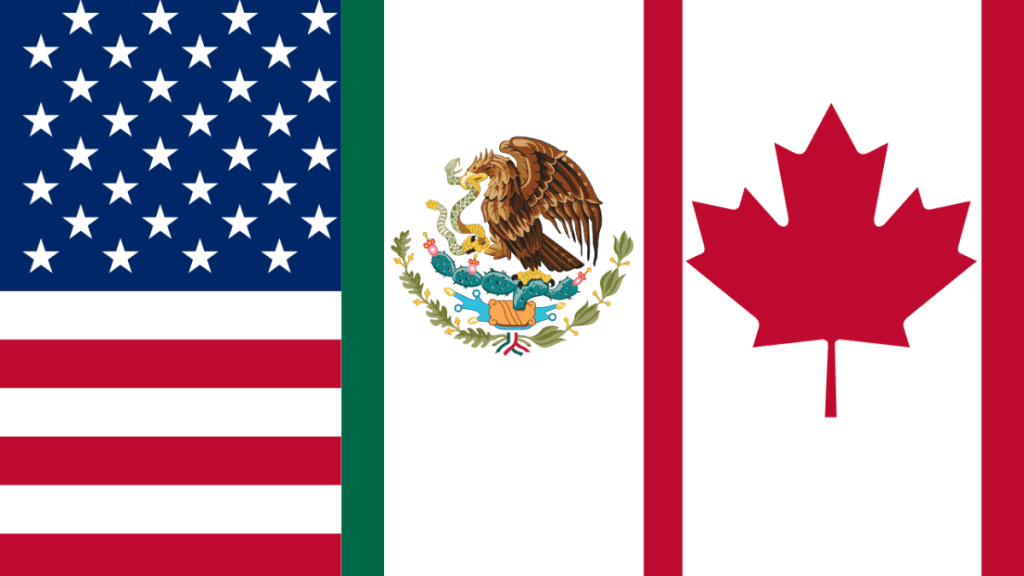 Explainer: What You Should Know About NAFTA

In last night’s presidential debate, Donald Trump said that NAFTA was the worst trade deal the U.S. has ever signed, and that it continues to kill American jobs.
Here is what you should know about the perennially controversial trade agreement.

NAFTA is the initialism for the North American Free Trade Agreement, an agreement signed by Canada, Mexico, and the United States that reduced or eliminated trade barriers in North America. (Since the U.S. and Canada already had a free trade agreement (signed in 1988), NAFTA merely brought Mexico into the trade bloc.)
Negotiations for the trade agreement began in 1990 under the administration of George H.W. Bush and were finalized under Bill Clinton’s presidency in 1993. The House of Representatives approved the agreement by a vote of 234-200 (supporters included 132 Republicans and 102 Democrats) and the Senate version passed with a vote of 61-38 (supporters included 34 Republicans and 27 Democrats). The agreement went into effect on January 1, 1994.

What was the purpose of NAFTA?

In 1993 the European Union (EU) created a “single market”—one territory without any internal borders or other regulatory obstacles to the free movement of goods and services. This allowed every country and business in the EU to have access to more than 500 million consumers.
NAFTA, which was approved that same year, was designed to have a similar effect, providing a way to allow the exchange of goods and services to flow more freely across national borders without the artificial restrictions. NAFTA provided for progressive elimination of all tariffs (through 2008) on any goods qualifying as North American. The deal also sought to protect intellectual property, establish dispute-resolution mechanisms, and, through corollary agreements, implement labor and environmental safeguards.

Why is NAFTA controversial?

As the Congressional Research Service notes, NAFTA was “controversial when first proposed, mostly because it was the first [free trade agreement] involving two wealthy, developed countries and a developing country.” Some people fear that allowing free trade with a developing country provides an incentive for U.S-based business to move their operations to that country.
For instance, in the 1992 presidential election, Reform Party candidate Ross Perot said, “We have got to stop sending jobs overseas. It’s pretty simple: If you’re paying $12, $13, $14 an hour for factory workers and you can move your factory South of the border, pay a dollar an hour for labor,…have no health care—that’s the most expensive single element in making a car— have no environmental controls, no pollution controls and no retirement, and you don’t care about anything but making money, there will be a giant sucking sound going south.”
Since its implementation NAFTA has remained a prime target of trade protectionists (those who advocate taking measures such as taxing imports to “protect” domestic industries from foreign competition).

What has been the effects of NAFTA on jobs?

Because of the complexity and variables involved, evaluating the impact of trade can be difficult—especially when trying to account for alternative effects. For example, many economists agree that while some low-wage American jobs were moved to Mexico, they were leaving anyway and would have likely gone to China or another Asian country. (As Wharton management professor Mauro Guillen says, “for every job we have lost in the U.S. to Mexico, five [jobs] were lost to China.”) But opening trade with Mexico also created additional jobs—many that are higher paying than those lost—that would not have existed without NAFTA.
However, contrary to the claims of protectionists like Donald Trump, the number of jobs lost is rather minimal and the overall effect of the agreement has been positive. According to a 2014 PIIE study of NAFTA’s effects, about 15,000 jobs on net are lost each year due to the pact. (There are 145,000,000 jobs in the U.S., so the loss accounts for less than 0.01 percent of all jobs.) However, for each of those jobs lost, the economy gains roughly $450,000 in the form of higher productivity and lower consumer prices because of NAFTA.

What has been the effect of NAFTA on the economy?

The net overall effect of NAFTA on the U.S. economy, while positive, appears to have been relatively modest, concludes the Congressional Research Service. NAFTA accounts for an annual increase in GDP of about 0.1 to 0.5 percent. The primary reason the effect is so negligible is that trade with Canada and Mexico accounts for a small percentage of U.S. GDP.

What was the “NAFTA superhighway”?

In 1994 a non-profit trade group called North America’s SuperCorridor Coalition (NASCO) was created to promote transportation and related issues along Interstate Highways 35, 29, and 94. The group began referring to I-35 as the “NAFTA Superhighway” because that interstate carries a substantial amount of international trade with Mexico, the United States, and Canada.
Around 2006, conspiracy theories sprung up about the “NAFTA superhighway” on such websites as WorldNetDaily and in magazines like the John Birch Society’s The New American. The primary claim was that the a cabal of government and business interest were planning to create a highway “four football-fields-wide, through the heart of the U.S. along Interstate 35, from the Mexican border at Laredo, Tex., to the Canadian border north of Duluth, Minn.” (As NASCO stated at that time, “There are no plans to build a new NAFTA Superhighway – it exists today as I-35.”)
Congressional representative and presidential candidate Ron Paul fanned the flames of the conspiracy by claiming this mythical proposal for a new NAFTA Superhighway was a threat to national sovereignty. As Paul said at the time, “The ultimate goal is not simply a superhighway, but an integrated North American Union–complete with a currency, a cross-national bureaucracy, and virtually borderless travel within the Union. Like the European Union, a North American Union would represent another step toward the abolition of national sovereignty altogether.”
In reality, what the NAFTA agreement created was the CANAMEX corridor. As defined by Congress in the 1995 National Highway Systems Designation Act, this is a “High Priority Corridor” through several states: 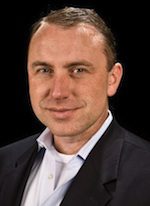 Joe Carter is a Senior Editor at the Acton Institute. Joe also serves as an editor at the The Gospel Coalition, a communications specialist for the Ethics and Religious Liberty Commission of the Southern Baptist Convention, and as an adjunct professor of journalism at Patrick Henry College. He is the…