Donald Trump: The avatar of democracy

Many political commentators have accused Donald Trump of “undermining democracy.”

This accusation appears to stem from Trump’s penchant for uttering obvious falsehoods. Over the past month, Trump has asserted that 3 to 5 million illegal votes were cast in the presidential election, that more people attended his inauguration than Barack Obama’s, that the murder rate in the United States is at its highest level in 47 years, that only 109 people were affected by his travel ban, that the media is not reporting on terrorist attacks, that a failed military raid in Yemen was a success, and that he lost the presidential vote in New Hampshire because thousands of illegal voters were bused in from Massachusetts.

To the extent that I understand the argument that this behavior undermines democracy, it seems to run something like this. Trump’s assertions are almost entirely divorced from objective reality. By basing policy decisions on such patently false propositions, he is acting in a way that is inconsistent with the functioning of democratic government.

Now I do not mean to be perverse, but this criticism seems completely wrongheaded to me. There may be many grounds on which to criticize President Trump’s actions, but undermining democracy is not among them. Far from undermining democracy, Trump appears to be perfecting it. I think that in his first month as president, Donald Trump has been the epitome of democracy.

Far from undermining democracy, Trump appears to be perfecting it.

Allow me to explain.

In our personal lives, most of us pay close attention to the facts of reality. We look both ways before we cross the street. When we drive, we stop at red lights and refrain from driving 90 miles an hour through residential streets. We consider how much money we make in deciding how much money to spend. We comparison shop, consider the prospects for return before making investments, perform regular maintenance on our cars and homes, and purchase automobile, life, health, and homeowner’s insurance. We don’t just walk up and take other people’s stuff.

In contrast, in our political lives, most of us pay almost no attention to the facts of reality. When we engage in democratic decision making — when we vote — we indulge our imagination and vote for the way we want the world to be.

We feel compassion for low skilled, low wage workers, so we vote to raise the minimum wage to $15 per hour. We are horrified by mass shootings at schools, so we vote to ban or restrict possession of guns. We are afraid of the effects of narcotics on youth, so we vote to prohibit their use, possession, and sale. We are concerned about the plight of the elderly and the poor, the quality of the public schools, and the readiness of the military, so we vote to increase social security benefits, wage a war on poverty, pass the No Child Left Behind Act, and increase the defense budget.

Because voting one way rather than another imposes no consequences on us personally, there is little reason to consider the facts of reality when doing so. Thus, we vote to increase the minimum wage without considering the effects such an increase will have on those who run small businesses or whether it will increase unemployment.

We vote for gun control measures without considering whether criminals or the mentally disturbed will actually be deterred by the need to obtain their guns illegally. We vote for a war on drugs without considering whether doing so will create a black market for drugs and the violent crime associated with the sale of banned substances, despite the nation’s experience with alcohol prohibition. And we vote to spend money on today’s elderly, poor, public schools, and military without considering the effects continual deficit spending will have on economic growth and the well-being of the next generation.

Democratic decision-making is the realm of institutionalized wishful thinking. For any identified social problem, voters are free to imagine a simple solution for it untethered to the facts of reality. They may then vote for candidates who support their solution and feel good about themselves for doing so. If their preferred candidates win, they then consider the problem solved.

Democratic decision-making is the realm of institutionalized wishful thinking.

If, after a while, the problem hasn’t disappeared, that is because of insufficient funding, or inadequate enforcement, or the influence of malign special interests, or the obstructionism of the narrow-minded or bigoted or hyper-partisan members of the opposing party. In a democracy, who wins elections is not determined by what is true. What is true is determined by who wins elections.

Donald Trump is the apotheosis of democratic magical thinking. Trump has perceived the essence of democracy. He understands that for all practical political purposes, in a democracy, if enough people believe something, then it is true. And this insight has allowed him to sever the cord between political utterance and objective reality in a way his more benighted predecessors could not bring themselves to do.

Donald Trump understands that in the realm of democratic governance, there are always “alternative facts,” as long as one can get enough people to accept them.

During the campaign, Trump promised to end illegal immigration from Mexico by building a wall across the country’s southern border and bring back manufacturing jobs by renegotiating trade agreements and imposing tariffs on goods made overseas. He won the election. Therefore, it is true that the wall will stop illegal immigration and economic protectionism will bring back manufacturing jobs. Those who deny such truths are purveyors of fake news or dishonest members of the media. 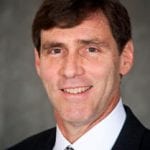