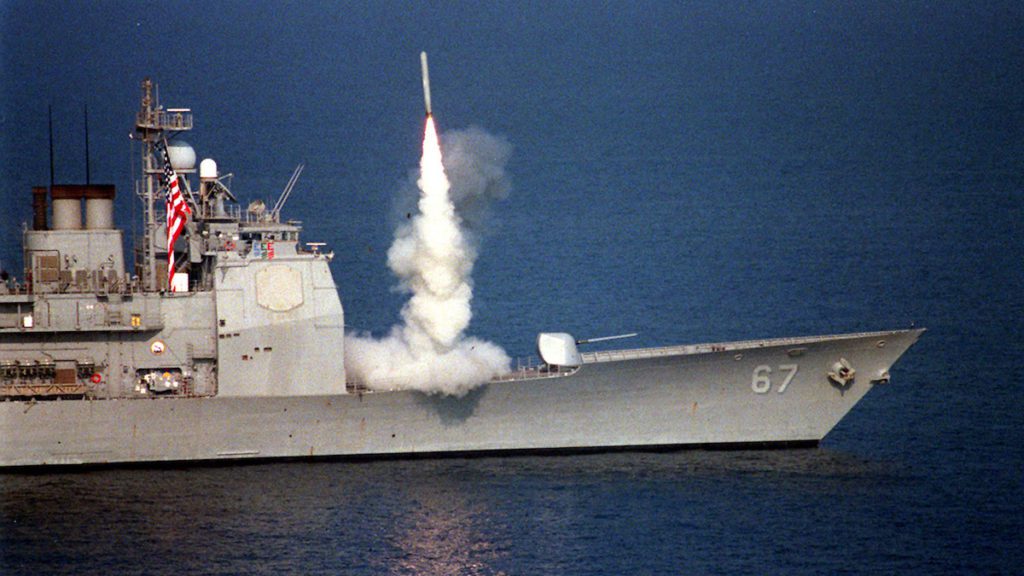 Did Trump’s attack on Syria violate the Constitution?

Donald Trump’s decision to bomb an airfield in Syria, along with his hints about overthrowing Bashar al-Assad, have led many to wonder: doesn’t Trump need authorization from Congress before acting? The answer, like many in politics, is yes and no.
A quick scan of the Constitution will tell you that Congress has the power to Declare War as well as the power to issue “Letters of Marque and Reprisals.” For those not up on 18th century lingo, those Letters provide the bearer with the power to capture an enemy who has left the country (typically by ship). It legalizes actions that would otherwise be considered piracy.
According to scholars like Charles Lofgren and Louis Fisher these two levels of power combine to provide Congress with sole custody over the initiation of military operations big and small.
The president, in turn, has the power to act unilaterally in emergencies. We know this from Madison’s famous decision to change Congress’s power from “make” to “declare” war so presidents would be able to “repel sudden attacks.”
Once Congress has provided presidents with authorization, they have the power as commander-in-chief to conduct military operations. Congress can maintain discipline through the “power of the purse” — containing presidential adventurism by closing up the purse strings.

That’s the theory. But that’s not how it has worked in practice. In fact, Congress has issued only 5 declarations of war over the entire course of US history. And yet presidents have deployed the military more than 300 times.

Presidents have deployed the military more than 300 times.

Thomas Jefferson sent the American navy to the Mediterranean to fight the Barbary Pirates without prior congressional approval. James Polk marched the army up to the border with Mexico, all but daring the Mexicans on the other side to shoot. William McKinley and Theodore Roosevelt treated the American military like a “civilizing force,” sending it to the Caribbean and the Pacific to display America’s increasing might and open new markets for American products.
Executive power only expanded from that point on. WWI and WWII put enormous power in the hands of the executive to act unilaterally. By the time Truman became president, his predecessors had carved out a large enough space for unilateralism that he started and conducted the Korean War without ever receiving congressional approval.
After the “Imperial Presidencies” of Lyndon Johnson and Richard Nixon, Congress passed the War Powers Resolution, meant to hold executives more accountable. But, while presidents will acknowledge that resolution’s existence, they never acknowledge its constitutionality.
By the time George W. Bush became president, he had decades of precedent providing him with good reason to assume he could initiate military operations without congressional approval. And yet, after 9/11 Bush sought a congressional Authorization for the Use of Military Force (AUMF) to pursue terrorists and those who provide them sanctuary. He sought another AUMF in 2002 for military operations against Iraq.

This leads to a puzzle: Presidents in the 21st century know they can initiate operations unilaterally. Members of Congress know they can sit on the sidelines. For the most part, presidents get the glory if it goes well and Congress wags their fingers if it goes poorly. Presidents know that Congress is likely to abdicate responsibility, so when they want to take military action they avoid wasting the political capital needed to court the legislative body effectively.
In fact, for at least 100 years, there have been only two sorts of circumstances in which presidents have sought, and Congress has provided, congressional approval for military action:

This occurred for all of the declared wars as well as for the 2001 AUMF that followed 9/11.

George H.W. Bush made this claim to Congress to receive authorization for the first war in Iraq. George W. Bush claimed Saddam Hussein still had WMDs in 2002, leading Congress to provide him with the authority to initiate hostilities if he deemed it necessary. Since WWII, Congress has only issued an AUMF 8 times.
Even when there is a pressing humanitarian crisis, like those in Kosovo, Sudan, or Syria, Congress has shown extreme reluctance to stand behind the president and provide authorization to use military force. It is a safe assumption that if there isn’t a clear US interest; clear public support; a clear exit strategy, or a fearful population, Congress tends to allow presidents the power to sink or swim on their own.
This is problematic for any constitutional system. It also facilitates reactive and poorly thought-out policy. Looking back on policy decisions over the last hundred years, we can see a cyclical pattern in which presidential adventurism leads to a period of relative isolation, during which time enemies (broadly understood) regroup and attack, leading to another round of presidential adventurism.
Congressional buy-in isn’t a magic bullet: Congress has contributed to plenty of mistakes. It does, however, force a president to deliberate about decisions and provide more clarity about the military objectives. This process is vital for producing better policy outcomes, fewer errors and more responsibility for the vagaries of war.
Without an attack on the United States or a clear US interest, however, Congress has proven unwilling to perform their constitutional duty. What happens if Congress doesn’t challenge the president? Without that check on executive power, presidents have long understood they have the authority — thanks to their constitutional powers and deference in the military to civilian control — to initiate nearly any operation, of any size, anywhere in the world.
The problem comes out most clearly in a quote from Congressman Jack Kingston from 2014. He accidentally told the truth when discussing the congressional decision to avoid giving Obama an AUMF. “A lot of people would like to stay on the sideline and say, ‘Just bomb the place and tell us about it later’… We like the path we’re on now. We can denounce it if it goes bad, and praise it if it goes well and ask what took him so long.’”
Congressional deference doesn’t impede presidential adventurism. It facilitates it.

Decisions about how to spend American treasure and spill American blood comes from one end of Pennsylvania avenue while the other looks on. For better or worse, it is likely that America’s military decisions in Syria will fall entirely on Trump’s shoulders. 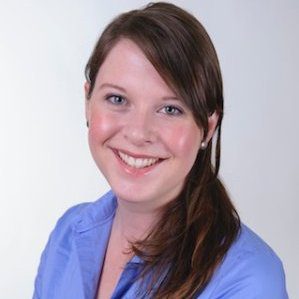 Sarah Burns is an Assistant Professor of Political Science at the Rochester Institute of Technology. She received her Ph.D. from Claremont Graduate University in 2013. Her research examines the intersection of political liberalization and American constitutional development with an eye toward policy implications for democratization across the globe.