Did the US provoke Japan’s attack on Pearl Harbor?

Japan’s surprise attack on Pearl Harbor on December 7, 1941 was, in part, a response to years of economic warfare by the US against Japan. Does that justify the attack? Was the US justified in its response?

One of the few uncontroversial justifications for going to war in international law and both traditional and contemporary just war theory is self-defense, which the US then invoked. As with most questions of war, however, it is not as simple as it appears. American-Japanese relations had become increasingly contentious in the previous decade as Japan expanded its colonial holdings in Asia, where the US also held colonial interests. Neither had legitimate claim to a coercive presence in the region, but the issue of justice strictly between the US and Japan still raises important questions.

Why did Japan attack Pearl Harbor?

In the four years leading up to Pearl Harbor, the US implemented ever more restrictive trade measures on Japan, including embargoes on much-needed oil, gasoline, and scrap metal, and froze Japanese assets. Other Western countries followed suit. As a result, Japan lost access to nearly 90% of its imported oil and three-quarters of its overseas trade.

Then, with limited oil reserves that were estimated to last only three years, resource-poor Japan grew increasingly desperate and looked to oil-rich Southeast Asia, which was already occupied by Western colonialists.

In a series of negotiations in November 1941, Japan ultimately proposed to withdraw from southern Indochina and not enter other parts of Southeast Asia if the US and other Western countries would lift their embargoes and cease aiding China. The US countered by demanding that Japan withdraw unconditionally from China and sign nonaggression pacts with other players in the region. Japan attacked Pearl Harbor less than two weeks later.

Were they negotiating in good faith?

There are indications that neither side was sincere in its negotiations. Japan may have intended to invade other parts of Southeast Asia regardless, and the US may have intentionally boxed Japan into an impossible position with its own demands: Japan saw American proposals and actions as an indication that the US planned to intervene militarily in Asia. The US certainly would not sit idly by while Japan entered the East Indies and surroundings in pursuit of oil.

On 25 November 1941, then-Secretary of War Henry Stimson wrote in his diary, “[Roosevelt] brought up the event that we were likely to be attacked [by the Japanese] … the question was how we should maneuver them into the position of firing the first shot without allowing too much danger to ourselves.” On the next day, the US demanded that unusual unconditional withdrawal from China, which only increased the likelihood of Japan refusing to comply.

On November 27, Stimson informed US Pacific commanders that “negotiations with Japan appear to be terminated to all practical purposes… Japanese future action unpredictable, but hostile action possible at any moment. If hostilities cannot … be avoided, the United States desires that Japan commit the first overt act.”

These circumstances raise questions about what, if anything, qualifies as a legitimate threat that permits a preemptive military response (here, on the part of the Japanese). It seemed clear to both parties that they were hurtling toward war — if they were goading each other into attack, how much difference does it make who fires first?

In some ways, there is a clear line between physical and nonphysical attacks. But countries can clearly be hobbled by means other than direct physical force, so what qualifies as war?.

The idea that the US was engaged in economic warfare against Japan might sound implausible, but consider that today there is increasingly serious discussion about “cyberwarfare.” (In fact, the targets of cyberwarfare would include contemporary economic interests such as banking systems and business cyberinfrastructure.)

The modern conception of warfare is Clausewitzian, which considers the physical coercion of warfare to be an instrument of a larger political goal. Other techniques as well — including economic pressures — are employed in the service of geopolitical gains, and on this understanding of politics, the line between physical and other forms of coercion starts to blur. In fact, the traditional “right to war” (jus ad bellum) requirement that war be used as a last resort, which traces its roots back to the medieval scholastics, implicitly supports the idea that war is a tool along a spectrum, and that physical attack is a trump card when all else fails.

Given that different geopolitical instruments are arrayed along a spectrum, is it justifiable to respond to one type of pressure with another? Can economic coercion be answered with physical force?

Economic stability and security can be an important foundation for many other aspects of “commodious living,” including rule of law and justice. And sometimes, the only way to protect this cluster of goods is with force, especially when others themselves threaten it.

Yet, for all that, there is something morally significantly different about being dead — as opposed to being hungry, for example. It is true that many an immiserated life would on moral grounds be much worse than no life at all (e.g., a life in which one was systematically debased and physically tortured), but when it comes to justifications for war, even if the line between physical and nonphysical coercion is not entirely clear, it might be a useful fiction to maintain that distinction.

Holding the line and declaring there to be something uniquely bad about physical force helps to reinforce the idea that war is a grievous matter to be reserved for extreme situations, and that not all types of serious coercion are morally equivalent. It also has the important domestic effect of preventing governments from justifying continual mobilization for war, and the drain on resources in the name of military preparedness — and the restrictions on civil liberties — that inevitably accompany that.

The common American narrative that Japan launched an entirely unprovoked attack on an American territory — and therefore the US was right to respond in self-defense — is a fiction. The circumstances were much more geopolitically and morally complicated, as we have seen. But, unfortunately, it may be that we ought to live with a different fiction, one that draws a clear line between physical coercion and every other kind of pressure, in the interests of minimizing the real and varied tragedies of war. 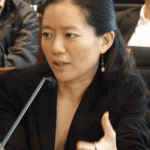 Yvonne Chiu is an assistant professor at the University of Hong Kong. She holds an A.B. in International Relations from Stanford University, and received her M.A. and Ph.D. in Political… read more