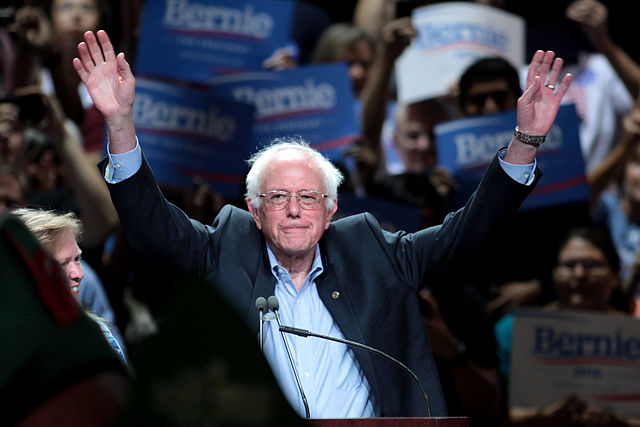 Bernie Is Not A Socialist and America Is Not Capitalist

From The Atlantic’s Marian Tupy:

Let us start at the well of the socialist renewal, the Vermont senator. Sanders, as everyone knows, calls himself a “democratic socialist.” The word “democratic” is fundamental here, because historically socialism has not, typically, come about as a result of free and fair elections. In most socialist countries, like the Czechoslovak Socialist Republic where your humble author was born, socialism was imposed at the point of a gun. Sanders, therefore, is wise to distance himself from the socialists of yesteryear and insist that socialism in America should be chosen, freely and fairly, by the electorate.

As many of Sanders’s supporters have repeatedly and rightly pointed out, socialism is not communism. In fact, for most of the 20th century, socialism was understood to be a halfway house between capitalism and communism. The latter was a utopian vision of the future characterized by classless, stateless, and moneyless communal living. Strictly speaking, therefore, no communist country was ever “communist”—not even the Soviet Union (a.k.a., the Union of Soviet Socialist Republics).

To be sure, there has never been a fully free economy. By that measure, both communism and capitalism refer to ideals that have never existed in practice. All governments play some economic role. It is, however, possible to ascertain relative levels of economic freedom, which is to say that we can measure how different countries stack up against each other. The Economic Freedom of the World index, for example, measures economic freedom in individual countries by looking at, among other things, the size of government (i.e., taxing and spending); the strength of the legal system and private-property rights; freedom to trade internationally; and the burden of government regulation (e.g., on businesses and labor).

The EFW has ranked Hong Kong as the world’s freest economy since 1970. In 2013, in contrast, the United States came in the 16th place out of 157 countries surveyed—behind such countries as New Zealand, Switzerland, Ireland, Canada, Great Britain, and Australia.

For the rest of the article head over to The Atlantic to learn more about the distinction between capitalism and corporatism and the relative economic freedom between the United States and Scandinavian “socialist” countries.