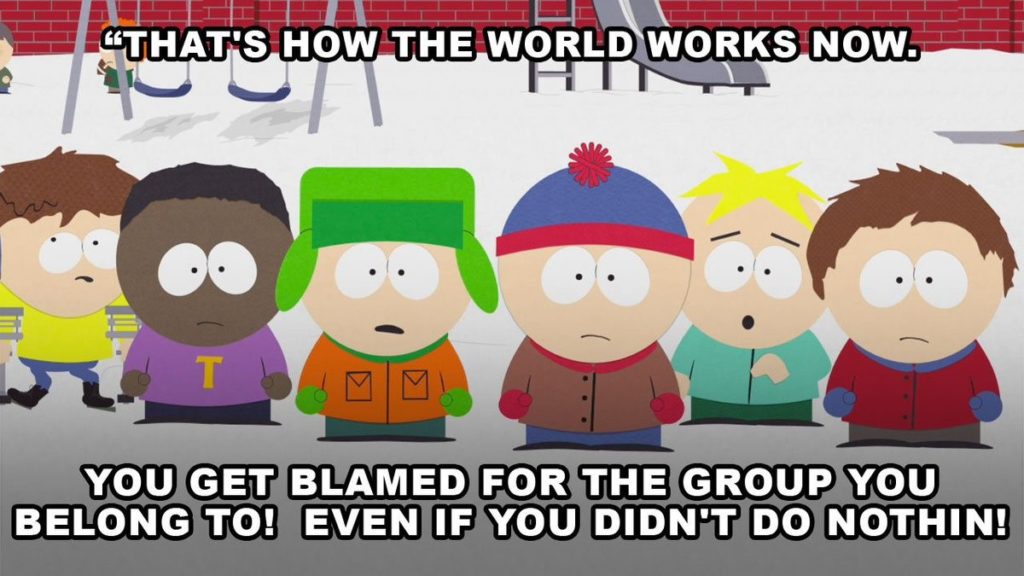 South Park may be pop culture’s crudest cartoon, but it’s also one of today’s sharpest libertarian satires.
Last season — season 19 — the series addressed the creepy effects and consequences of hyper-sanitized speech, the beauty and bravery of LGBT relationships (really), and the importance of a robust free press. And season 20 took the show’s political themes to a new level, squarely tackling free speech, the perils of groupthink, and the temptation of traditionalism.

The season starts with a satirization of the 2016 National Anthem Protests. The entire town shows up for the girls’ volleyball game solely to see if the players will take a knee during the national anthem. When several of the girls do kneel, protesting constant online harassment by a troll, the crowd briefly spazzes out then leaves before their game even starts. Given the NFL’s low ratings this year, the satire was particularly sharp.
Although everyone assumes the anonymous troll harassing the school’s girls is the usual immature jerk, Cartman, it turns out that it’s really one of the children’s dads, Gerald Broflovski. Gerald has a severe addiction to degrading others online, under the moniker “Skankhunt42.” He feels invulnerable insulting people online, until he learns that Denmark is about to deploy a technology called TrollTrace.com. TrollTrace can reverse-search abusive posts back to the original author, effectively outing anonymous trolls across the world.
This development puts both Gerald and Cartman into a panic. Gerald is rightly worried that his life will be ruined if he is revealed to be Skankhunt42, as his vile trolling has caused a lot of emotional damage (and one suicide).
Cartman is worried for a different reason: his girlfriend may discover that months prior, he mocked the new (all-female) Ghostbusters film — and thus dump him for being just another misogynist boy. The same TrollTrace technology that can uncloak trolls can uncloak anyone’s online activity for all to see.
While a properly bourgeois society has no place for Gerald’s abusive posts, Cartman’s fears about having an “incorrect” opinion about a movie are valid. The idea that removing online anonymity would make the world a better place is wildly mistaken.
TrollTrace, if such a technology really did exist (how ridiculous!), would present an existential crisis to an open society. We may like the idea of outing hatemongers and cyberbullies, but how do we feel about outing everyone’s Facebook messages, search histories, or Amazon purchases? Or how about revealing the names of all the donors to organizations like the NAACP?
As Learn Liberty has said before, online anonymity is a component of our constitutional right to free speech. Threats to a legitimate exercise of this right have a pronounced, demonstrable chilling effect. And technologies (or laws) that limit free speech or anonymity for trolls like Skankhunt42 end up being used against everyday citizens too.

Skankhunt42’s abuses kick off a heated war between South Park’s girls and boys (most of whom have not been trolling the girls). The boys’ de facto leader, Butters, sums up the ugliness of groupthink:

Throughout the season, Cartman’s newfound sense of social justice leads him to overcorrect from his characteristic bigotry. Cartman is now insistent that not only can girls be funny and smart, they all are — at all times! While this is a step forward from rejecting women as even being capable of intelligence or humor, any belief that places entire groups of people into strict categories robs those people of their individual dignity.
This season has also repeatedly addressed the ugliness of groupthink in the ongoing election storyline. One character, Randy Marsh, is wildly intolerant and dismissive of anyone who votes differently than he does. He thinks anyone who doesn’t support his candidate must be stupid, evil, or hateful. This costs him friends, and it damages his family relationships.
If you insist on only respecting others who think exactly as you do, you will soon find yourself very bored, and very alone. Indeed, this sort of discourse is dangerous for society at large.

3. Traditionalism Can Be Harmful and Delusional

No discussion of season 20 can go long without a high pitched “member??!”
There’s a rising source of toxic traditionalism in South Park this year: delicious little “Member Berries” that fill your head with idyllic memories of a better past. Although they mostly revel in highlights from the Star Wars canon (“‘Member Chewbacca again?”), they also ask us to recollect, “‘Member no immigrants?” “‘Member when we were safe?”
No I do not, delicious ‘lil Member Berry.
While the Member Berries are quite right that the old Star Wars movies are vastly superior to the pathetic prequels (I never heard a “‘Member podracing?”), their hazy memories of a safer time are a fantasy.
As scholars like Steven Pinker and Matt Ridley have repeatedly demonstrated, we actually used to be a lot more unsafe. It may feel nice to selectively recall the past ringed with a halo, but by most relevant indicators we’re in the good ol’ days right now.
The Member Berries encourage the denizens of South Park into inaction and cultural stagnation. As Hayek says in his famous essay “Why I Am Not a Conservative”:

[Conservatism] cannot offer an alternative to the direction in which we are moving. It may succeed by its resistance to current tendencies in slowing down undesirable developments, but, since it does not indicate another direction, it cannot prevent their continuance.”]
Here Hayek is drawing out the traditionalist strand of conservatism. The townspeople of South Park resist undesirable cultural and societal trends, but reveling in a delusional past can, at best, slow down those trends. To “indicate another direction” takes more than ‘membering’ Boba Fett.

The critical consensus on season 20 was that it was uneven and at times a bit thin on humor. True, it probably wasn’t as strong comedically as season 19, but as the show has matured, it has developed the ability to transcend its caustic “mock everyone” ethos to sketch out a real moral foundation.
While the singing Christmas turds of seasons past will always be funny, it is South Park’s growing, full-throated defense of liberal values like free expression, privacy, anti-authoritarianism, and individualism that will forge its larger legacy. 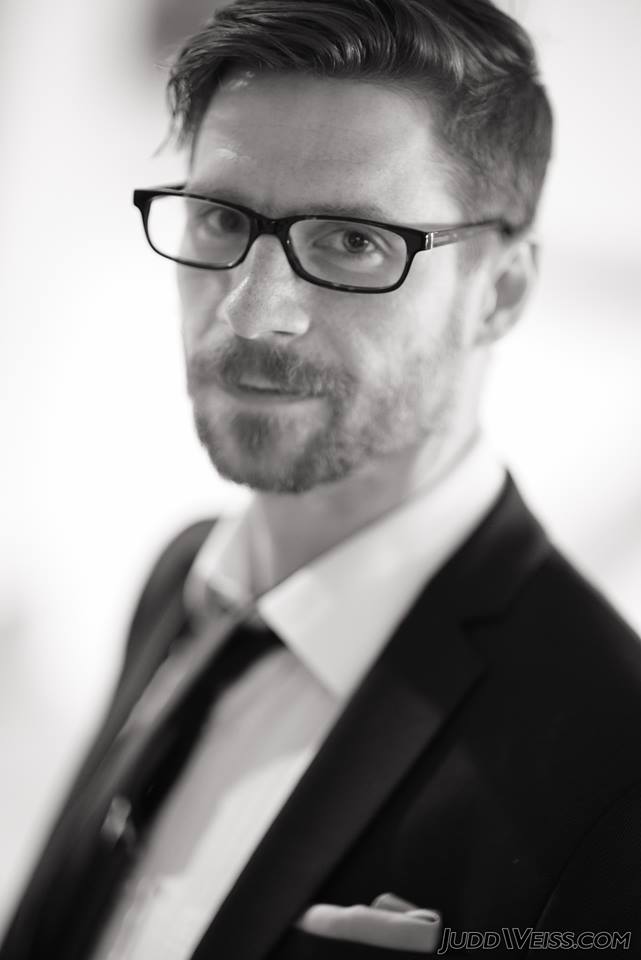 Joseph Kast is a video producer for Learn Liberty. Previously he worked in education, teaching in Thailand, South Korea, and Honduras. He studied film and playwriting at Webster University in St Louis, and received his graduate degree at GWU’s Graduate School of Political Management.