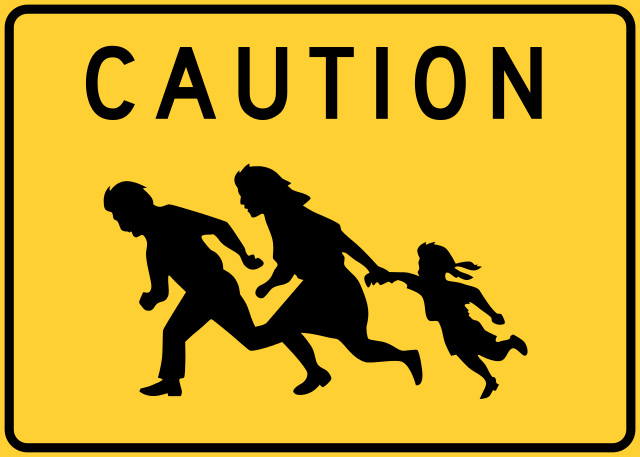 What do we learn if immigrants lower the wages of American high school dropouts? That we should restrict immigration? No. We shouldn’t.

First, if immigrants reduce the wages of high school dropouts, it sends a very clear message: don’t drop out of high school. Indeed, this is how people have responded to competitive pressure from immigrants.

In an interview with the Washington Post, economist Michael Clemens points us to research by economist Jennifer Hunt showing that the wage effects of immigration encouraged more Americans to stay in school. This is wise because even Borjas’s long-run estimates suggest that immigrants raise the wages of people with high school diplomas.

There is a small reduction in wages for college graduates, as well, but for the American economy writ large, immigration from 1980 to 2000 didn’t change wages. In a dissent from Borjas’ “pessimistic” case, Economist Giovanni Peri has estimated that immigration between 1990 and 2006 raised American wages by 0.6%.

Immigrants also affect natives’ labor market decisions. With her co-author Jose Tessada find that since low-skill immigrants do a lot of jobs (like housekeeping and yard work) that a lot of us would do ourselves if immigrants weren’t here to do them. This frees up the time and energy of high-skill women who are able to devote more time and energy to their careers.

People still want answers—or scapegoats—with an unemployment rate that is still at 5%. The problem, though, isn’t the immigrants. The US population grew by about 300 million people between 1810 and 2010, and the US labor force has more than doubled since 1950. The last few decades have seen large increases in female labor force participation. There have been ups and downs in employment that come with business cycles, but new entrants into the labor force haven’t “taken jobs” from others.

Clemens reports estimates that open immigration worldwide would raise global GDP by 50 to 150 percent. The CIA World Factbook estimates that world GDP in 2012 was $83.66 trillion, which means that open borders would could increase global GDP by $40-$120 trillion. If we’re serious about “making poverty history,” we should work to make it easier for people to move to countries with good institutions.

Adam Smith famously wrote that “(t)he greatest improvement in the productive powers of labor, and the greater part of the skill, dexterity, and judgment with which it is any where directed, or applied, seem to have been the effects of the division of labor.” What limits the productive power of specialization? Here’s Smith again: “the division of labor is limited by the extent of the market.”

When we limit the extent of the market for goods, services, labor, or capital, we impoverish others and we impoverish ourselves by seeing to it that the market—and, therefore, the division of labor—is limited by government restrictions.

A long-run focus is in order. Even by Borjas’s estimates, immigrants don’t affect native wages on average. More immigrants, however, mean more specialization, more innovation, more ideas, and higher standards of living. This is true whether the immigrants are “high skilled” (in which case they might innovate directly) or “low skilled” (in which case they might free up natives’ time and energy to come up with new ideas and start new businesses).

People are right to be worried about the job prospects of the poor, but immigrants aren’t to blame. A more sensible approach would be to get rid of rules and regulations—like occupational licensing, for example—that make it expensive to hire people or start businesses.

Art Carden is an Associate Professor of Economics at Samford University in Birmingham, Alabama.  In addition, he is a Senior Research Fellow with the Institute for Faith, Work, and Economics,… read more