What should we do about luck?

What should we do about the fact that some people are able to earn more money than others? Should government redress the resulting disparities in income? The answer is often believed to hinge upon our conclusion about the role of luck in affecting income-earning abilities.

Those on the political left emphasize factors beyond the individual’s control. They point to accidental circumstances affecting incomes: where you were born, who your parents are, your class, or race, or culture, the education you receive, the economic possibilities in your society.

Accepting the view that the ability to earn income is largely a matter of luck, the left supports programs of income redistribution to compensate for these differences. Wealth is to be taken from the (lucky) wealthy and given to the (unlucky) poor. In this way, they say, we are correcting for inequities of nature and culture and producing a “fair” result.

Those on the right have tended to object to this policy on the ground that it really isn’t luck that makes the difference. Often citing themselves as examples, they point out that wealth is the result of hard work and self- sacrifice. People are poor, they say, not because they had bad breaks but because they are lazy.

This view is a popular one in an American culture that extolls the “self-made million-sire,” the Horatio Alger boy who lifts himself “by his own bootstraps.” In this tradition we applaud W. E. Henley’s famous stanza (from “Invictus”):

It matters not how strait the gate,

How charged with punishments the scroll,

I am the master of my fate:

I am the captain of my soul.

Who is right? What should we do about luck?

In overall, cosmic terms, it seems difficult to refute the left’s position. All that we are, each molecule within us, comes from beyond ourselves. If one prefers the religious formulation, we must ultimately trace our abilities and successes to the endowments of an omnipotent God. One can even argue that willpower itself is part of the biological makeup: some people just have a higher energy level or more determination than others.

On social grounds as well, those emphasizing the importance of luck would seem to have the sounder position. The arrogance of the “self-made man” is corrosive. His bragging about his “own” success provokes resentment, and his conviction that the poor are to blame for their plight makes him uncharitable. It is much nicer to live in a society where people accept the traditional Christian orientation, that God gives us everything, “ourselves, our time, and our possessions”—as it is put in the Lutheran Book of Worship. Believing this, people are more disposed to help their neighbors in times of trouble.

It is healthy, therefore, to acknowledge the enormous role played by luck in personal success. But it does not follow that this perspective should be the foundation of government policy. This is where the left goes wrong.

The first problem with using the state to redress the effects of luck is ethical: it is not moral to use force against someone in retaliation for his good fortune. The point is easily overlooked because we often forget that government action is grounded upon coercion. It is further obscured because taxation generally involves policy aims in addition to income redistribution.

To see the point clearly, let us imagine the operation of a pure system of redistributive taxation. Government agents say that John must pay, let us say, $5000 because he earned an above-average income. John disagrees and resists, the agents bring force to bear, and John winds up being fined or thrown in jail. Hence John has been punished for an action—earning more money than another—which should not be considered a crime. In fact, his behavior is commendable, for the work he has done to earn his high income is socially useful.

We can still maintain that John has a responsibility toward those less fortunate than himself, but we should advance this position through persuasion, seeking its implementation through voluntary means, not state coercion.

The second objection to state redistribution of wealth to correct for the effects of luck is economic. Individuals may not be responsible for their talents and abilities, but they are motivated beings. They respond to the rewards and penalties which confront them. It is in this sense that a rich person might feel “self-made.” He knows that his wealth came as the result of hard work and sacrifice, not by sitting under a tree. When we pursue a particular payoff and achieve it, we feel proud of our effort. We feel that the reward—a pay check, let us say—did not come through some kind of “accident” or “luck.” We know that we worked!

Because we are motivated organisms, policy-makers have to be careful how they manipulate the pattern of rewards. Unfortunately, left-wingers are rather insensitive to this issue. They tend to assume that people will go on doing good and constructive things in spite of governmental policies that weaken the relevant incentives. Working, in particular, is thought to be automatic: teachers will teach and welders will weld regardless what we do to the incentive systems which support these activities.

But of course this view is naive. Work and productivity in work are extremely sensitive to reward systems. This is why state redistribution policies are so harmful: they undermine incentives for both the lucky and the unlucky. The more productive members of society are discouraged from being as productive as they could be by denying them some of the fruits of their labor, as is clearly done in an income tax. And the less productive are discouraged from working since they axe supported by unworked-for income.

Voluntary charity as a method to compensate for luck largely avoids the drawbacks of state systems. For the donors, voluntary charity does not discourage work but becomes a reason to work. Charitable giving is a consumption item that the donor freely spends his money on, like buying a stereo or tickets to the opera.

For the recipients, the main problem with state charity is its routine, perpetual character. This feature seems inevitable when government is involved, since the distribution of money must be tied to firmly established regulations in order to be (or seem) fair and accountable to the entire nation. The regularity of state monies maximizes their disincentive effect: the recipients can become dependent upon them.

Private charity, especially individual charity, is much more flexible and, from the recipient’s point of view, undependable. It can thus be the “helping hand” in an emergency without becoming a permanent part of the beneficiary’s work and income calculations.

The Biblical injunction to accept ourselves humbly as creatures of God, not as self-made men, is healthy. And so is the exhortation to help those less fortunate than ourselves. The error lies in using the state in an attempt to implement these ideas. 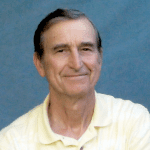