The Estate Tax is a Fundamentally Flawed Economic Policy

Hillary Clinton is proposing a dramatic increase in the estate tax—a tax on your right to transfer property to your descendants—from 40% to 65%. There are two problems with this:

The assumptions underlying the estate tax are fundamentally flawed

The desire to tax estates often arises from a sense that someone who accumulates a lot of money has gained at the expense of others, which generates an obligation to “give back.” While this might be true of an economy in which people are forced to buy things against their wills, in a free market economy this is not true.

Consider the story of Emily, a well-meaning citizen who likes to fix cars and paint houses for the neighbors in her community. In performing this service to her community, Emily provides value to her neighbors, and her neighbors value her service so much that they are willing to pay her $2,000 per month. The fact that the community is willing to pay Emily $2,000 per month indicates that the community receives at least $2,000 worth of value from Emily’s services.

But notice what happens to the dollars. Each month, Emily produces $2,000 worth of services for the community and consumes $1,500 worth of resources. She ends the month with $500 left over. And over time, this money accumulates. At the end of ten years, Emily will have accumulated $60,000! But it’s not right to say that, because she has accumulated a lot of money, Emily needs to “give back.” In actuality, that $60,000 represents value the community owes Emily because she consistently produced more value for the community than she received.

Seen correctly, an estate is not something that has been taken from the rest of society and somehow needs to be recirculated and redistributed. The estate is a chunk of value that the community still owes the person, even after that person has died.

But even if it were true that the estate somehow represents value that a person has taken from society, the estate tax does not redistribute the estate to society in the way we might imagine it does. When we think of the estate tax, we tend to imagine idle millionaires who, if we did not tax away and redistribute their estates, would just spend the money on frivolous luxuries while the rest of us struggled to acquire necessities.

In fact, most of the people who are hit hardest by the estate tax are small business owners. Suppose you own a business that has $20 million in net assets. You die and leave this business to your children. You have not left them $20 million in cash. You have left them buildings, machinery, land, inventory, and financial assets that are worth $20 million. For most businesses, little value will be left in financial assets; most will be in the buildings, land, and machinery. Under Clinton’s proposal, you would owe $5 million in taxes. And the IRS wants cash. That means that, at best, you’ll have to divert cash that would otherwise have gone to expanding and maintaining your business to the IRS. At worst, you’ll have to sell off some of the hard assets to raise the cash the IRS demands. Either way, this business you have inherited will shrink.

To make matters worse, the extremely wealthy can afford to set up tax-free foundations to shield their wealth from the estate tax. For example, the Clinton Foundation is worth hundreds of millions of dollars. When Chelsea inherits control of the foundation, she will owe no estate taxes. Hillary Clinton’s plan will confiscate large chunks of family businesses as they are passed from one generation to the next, but will have no effect whatsoever on the Clinton Foundation when it passes to her daughter. 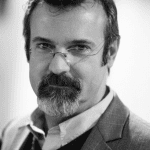