Stop calling out the hypocrites

In a few short days, Donald Trump will assume the presidency, and America will be subject once again to something we’ve taken to calling the peaceful transfer of power. Its virtues are many. Peaceful transitions sure beat coups and violent uprisings, for one.

More than this, though, the promise of a peaceful and orderly shift in political power strengthens the constitutional order by promising political players that, should they observe the rules, they’ll get their day in the sun.

Of course, this setup has its vices. In particular, such an arrangement encourages (or, perhaps, requires) a certain looseness with one’s principles.

Examples abound: The antiwar Left, whose email has been sending out-of-office auto-replies since 2008, is back at work. The investigation-happy Right, exhausted from ferreting out emails hosted on private servers, seems unable to muster the energy needed to look into this Russian hacking business.

On executive orders, judicial appointments, political obstructionism, infrastructure spending, and war-making powers, rest assured: flips will be flopped, shoes will make their way onto the other foot, turnabout will be fair play, and libertarians of all stripes will be there to point out the hypocrisy.

flips will be flopped, shoes will make their way onto the other foot, turnabout will be fair play

And why shouldn’t we? After all, there’s something a bit unbecoming about this kind of behavior. It is, as a matter of fact, intellectually and morally dishonest to oppose the use of particular powers “on principle,” only to adopt those powers when you’re at the top of the political heap. A principle so held is probably no principle at all.

We want people to have principles, and we want people to stick to them. By consistently and loudly calling out their duplicitousness and hypocrisy, we can signal our commitment to principled behavior and to honesty.

That’s all right and true.

But now I’m going to propose that you, liberty-loving keeper of the flame, stop calling out hypocrisy — or, at least, that you do so more judiciously.

I have three reasons for doing so, and I think at least one of these reasons will apply to you, no matter what kind of libertarian you are.

1. Yes, you’re right. They are hypocrites.

First, libertarians are rightly skeptical of the motivations of political actors. Students of public choice pride themselves on a certain clearheadedness, an economical clarity — on grasping the realities of “politics without romance.”

With such an approach in mind, railing against hypocrisy seems not only wrong but somewhat silly. In order for ambition to counter ambition, political actors have to be hypocritical; they play their role in opposition by making the strongest arguments available to them — including arguments they’ve made a habit of ignoring in the past.[1] Hypocrisy lubricates the gears of a constitutional order by allowing political actors the rhetorical maneuvers needed to alternate between ruling and opposing rule.

Second, libertarians are in the unenviable position of disagreeing, often vehemently, with most people, on most things. Particularly with regards to the War on Terror, the War on Drugs, the War on Poverty, and the actual wars the US churns out with such alacrity — we tend to find ourselves in a position of lonely if principled opposition.

To put this another way: there is nothing libertarians need so badly as other people changing their minds. In loudly calling out hypocrisy, we raise the opportunity cost of doing just that — we say, very clearly, “We’re glad you’ve suddenly rediscovered your opposition to unilateral executive power, but first we’re going to make you eat shit.”

Finally, and far more broadly, libertarians need to get clearer about what sort of vice hypocrisy is. In particular, we need to be clearer about the costs — moral and otherwise — of the moral and political posture that places such emphasis on ideological purity.

Often, libertarians refuse to acknowledge politics as a separate sphere — as a moral world attached to, but not coextensive with, the everyday demands of morality. And often, this refusal serves us well as an analytic tool, particularly with regards to the state-sanctioned use of force; it allows us to see the moral evil of war and police corruption with brutal clarity.

At the same time, however, this posture has costs that must be assessed. If we write off politics as the realm of hypocrisy and politicians as, in some sense, equally and universally guilty by virtue of their respective hypocrisies, we blind ourselves in crucial ways to the present role of politics in realizing libertarian goals. 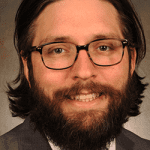