Editor’s note: This blog post by Gary Leff was originally posted at the travel blog View From the Wing.

The TSA has failed to meaningfully detect dangerous items going through the checkpoint for years. Their 95 percent failure rate is hardly new, ten years ago it was a 91% failure rate.

That’s unacceptable. We don’t need — and couldn’t possibly have — perfect security. We just need to have reasonably good detection. The TSA has never caught a terrorist, but fortunately there aren’t that many terrorists out to give up their lives taking down planes in the U.S. And terrorism is hard.

Unfortunately TSA detection rates are likely worse than before the federalization of security. But that’s not all.

The TSA is actually harmful, not merely ineffective and despite a workforce run amok they were given a union making it even harder to hold “the few bad apples” accountable, thus encouraging even more bad apples.

A year ago the TSA said their response to public shaming over abysmal screening performance would be to make screening take longer. And they accomplished exactly what they set out to do.

This is dangerous. Long security lines create easy targets. I wrote about that phenomenon in a long form article in Doublethink in December 2001. If nothing else that should be a lesson from the Brussels airport attack. Meanwhile increasing time of air travel pushes more travelers to the roads which are less safe, a phenomenon sometimes referred to as ‘statistical murder’.

PCongress has appropriated money for overtime. The TSA says that’s not enough. Airlines and the TSA itself say they need more still. Some airports are threatening to kick out the TSA and bring in private screeners.

The FAA is responsible for airline safety but doesn’t actually fly the planes. In fact the area where the FAA ‘does it themselves’ is also the most problematic, air traffic control, which is severely broken and underfunded as a long term capital expense while also being wasteful and suffering from stagnation of innovation.

The same agency shouldn’t be responsible for setting screening standards and for carrying out the screening itself. That creates conflict and it creates poor performance.

Many people who remember what security screening prior to 9/11 don’t necessarily want “a return to pre-9/11 security” but that isn’t what you’d get. Private contractors were performing to the standards of the time. And federalizing security after 9/11 in many cases just put the same people at the checkpoints just with a different employer.

When you split up oversight from performing the function you get better oversight AND performance. Now TSA does mostly security theater and doesn’t do it well because they are effectively held completely responsible for failures. Perfect security is impossible but we should give a safety regulator a mandate to focus on relative risk. This is imperfect. The FDA for instance is too conservative. But that underscores that if anything you get a conservative bias towards too much security, not too lax security.

Don’t shield liability, either, so airports and private security become liable for the consequences of failure. Not only are their assets on the line but their insurers have a strong incentive for oversight. If anything the tort system over-regulates hence frequent calls for tort reform.

This wouldn’t be like current programs where airports opt out of TSA screeners. Relatively few airports have been allowed to do this. With a wider array of airports contracting you can support many more competing firms. And instead of just having to outcompete the TSA they’d have to outcompete each other on quality, price, and service.

You can hold private firms accountable for their performance. The only way to hold TSA accountable is congressional hearings and calls to give them even more money the more they fail. That’s the most perverse incentive there is for good security or for reasonable efficiency.

We need to bring back private screening. It is easier to scale up employment at a private company. Private hiring isn’t giving someone a lifetime job and it doesn’t make them nearly impossible to fire as it does at DHS.

Airlines don’t want this because they would pay more — today’s security taxes don’t cover the full cost of the bloated TSA though those taxes don’t go directly to security either. Airlines like and argue for subsidies. Most airports want subsidized security, too, while they complain. But it would get us both better security and better screening efficiency at a lower net cost to travelers and taxpayers combined. 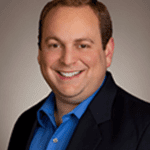 A renowned expert on airline, hotel, and credit card loyalty programs, Gary served as Senior Moderator and member-elected board President of Flyertalk.com, the world’s most popular online travel community.  He… read more