By Fibonacci Blue from Minnesota, USA [CC BY 2.0 (http://creativecommons.org/licenses/by/2.0)], via Wikimedia Commons

Thanks to ubiquitous smartphone cameras, social media, and Black Lives Matter, the general public can no longer easily ignore accusations of excessive force and unconstitutional behaviors by officers in a number of police departments.

Investigations by the U.S. Justice Department—most recently in Baltimore— confirm persistent, systemic practices that violate the rights of the citizens we expect police to “serve and protect.”

Following the death of Freddie Gray, the Justice Department monitored the Baltimore police department for a year. The results of that investigation were unambiguous: the Department’s unconstitutional practices included disproportionate rates of stops, searches and arrests of African Americans, and excessive use of force against juveniles and people with mental health disabilities.

The report attributed these practices to “systemic deficiencies” in training, policies, and accountability structures that “fail to equip officers with the tools they need to police effectively.”

A DOJ investigation of police in Ferguson, Missouri reached a similar conclusion, finding a “pattern and practice” of discrimination against African Americans that targeted them disproportionately for traffic stops, use of force, and jail sentences.

Baltimore and Ferguson are hardly alone.

Police Misconduct and the Social Contract

As a practical matter, widespread distrust makes policing infinitely more difficult. Good policing depends upon access to reliable information and cooperation with community leaders; avenues of communication dry up when police are seen as enemies rather than protectors.

Far more troubling than the practical consequences of unprofessional behavior, however, is the damage done to America’s social fabric by what can only be seen as a breach of our most fundamental social contract.

The Enlightenment philosophers who influenced America’s founders proposed a trade of sorts; we call that trade the “social contract.”

Citizens would give government the exclusive right to exercise coercive force. In return, government would use that force to protect individual rights—to provide for a society of “ordered liberty” within which the strong could not prey with impunity on the weak.

We Americans argue constantly about the proper role of government, but there is no serious debate about the state’s obligation to provide for the public safety or about the right of all citizens to expect equal justice before the law.

When government fails to keep its part of that essential bargain—when it breaches the social contract—it damages the bonds of citizenship and undermines the rule of law.

An old lawyer once told me that there is only one legal question: what should we do? How can our dysfunctional police departments go about changing entrenched, perverse cultures?  A few suggestions, drawn from the research literature:

These measures can and should be implemented immediately. In the long term, however, departments should focus attention on the way they recruit and select new police officers. The recruiting process should include psychological examinations to weed out men and women likely to abuse authority or who are otherwise unsuited to the stresses of the profession.

And it should go without saying—so I’ll say it—departments should aim for recruits who are representative of the communities they will serve. That sounds easier than it is, but the results are worth the effort.

If Americans still believe in e pluribus unum—if we still want to unite, rather than divide, our many communities—fixing our policing problem is an essential first step. 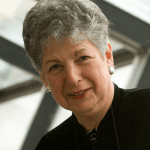 Sheila Kennedy is a Professor of Law and Policy in the School of Public and Environmental Affairs (SPEA) at Indiana University Purdue University Indianapolis.  Kennedy is also a Faculty Fellow with… read more