2016 was a tumultuous year, to say the least. From the US election to the situation in Syria to Suicide Squad, there are just some things we’d rather forget.
But here at Learn Liberty, we like an optimistic muffin with our bitter coffee, so we took the liberty of compiling a naughty and nice list for the holiday season.

First up, we have a list of scoundrels who should expect a fat lump of coal this Christmas season. Those on this list ought to think long and hard about the philosophy of liberty and their role in its preservation (or destruction).

The media: that monolithic construct that is now nearly indistinguishable from Orwell’s Ministry of Truth. Those perennial purveyors of a panoply of pedantic prose. Whether it was providing Hillary Clinton with advanced access to debate questions, the gifting of billions of dollars of free air time to the Donald Trump campaign, or taking as fact the evidence-free comments made by anonymous CIA officials, the media industrial complex deserves nothing but coal in its stocking this year for abdicating its role as the fourth estate.
Instead of serving as a bulwark against baseless claims and assertions by those in positions of power, the main media players have sold themselves out in an increasingly frantic search for ratings and clicks. 2016 reminds me of this seemingly timeless quote from Thomas Jefferson: “The man who never looks into a newspaper is better informed than he who reads them, inasmuch as he who knows nothing is nearer to truth than he whose mind is filled with falsehoods and errors.”

The DNC’s troubles began when thousands of its emails were leaked to the whistleblowing website Wikileaks earlier this summer. The debate over who leaked these emails is still ongoing. Anonymous officials, without any corroborating evidence, have asserted it was done by agents working for the Russian government. Some have even said Vladimir Putin himself is directly involved. Others have cast doubt on these assertions.
Whether or not the Russian government directed the hacking of the DNC, the content of the DNC’s emails was incriminating enough to sour voters on the Democratic Party, their candidate, or both. So what was actually in those DNC emails? Below is a non-definitive list of some of the more slimy things the DNC engaged in:

Rodrigo Duterte, President of the Philippines

Duterte deserves nothing but coal this year for his unprecedented and increasingly bloody war on Philippine drug dealers and users. Since Duterte took office in June of this year, nearly 6,000 people have been killed across the country — in one of the most violent drug interdiction campaigns in the world. In October, Duterte assured the public that they could, “…expect 20,000 or 30,000 more [killed].”
Duterte himself called for vigilante “justice,” saying upon his election, “Please feel free to call us, the police, or do it yourself if you have the gun — you have my support.” If that wasn’t obscene enough, in September, Duterte willfully and gleefully compared himself to Adolf Hitler, saying, “Hitler massacred 3 million Jews. Now there is 3 million, what is it, 3 million drug addicts (in the Philippines), there are, I’d be happy to slaughter them.”
But it can’t happen here in the USA…right? Think again. According to Duterte, during a phone call with President-elect Donald Trump, Trump reportedly said that the Philippines is handling their war on drugs “the right way.” That statement, combined with Trump’s tapping of anti-drug crusader Sen. Jeff Sessions for Attorney General, should make opponents of drug prohibition very nervous about the years ahead.

2016 probably wasn’t the best year for liberty, no doubt. But there are a few people who did take substantive steps to advance the cause of freedom, both literally and figuratively.

President Obama hasn’t been perfect by any stretch. His eight years as president will carry a legacy of political gridlock, warrantless dragnet surveillance, record-smashing deportations, and nearly unchecked drone warfare. President Obama is handing the keys of the most powerful Presidency over to Donald Trump in just under a month’s time.
But there is one area where lame-duck President Obama deserves some credit, and that is his push for substantive criminal justice reform. Following the protests-turned-riots in Ferguson, Missouri, President Obama curtailed the 1033 Program that allowed the Pentagon to grant surplus military-grade weapons and equipment to local police departments. Earlier this year, President Obama also became the first sitting president to visit a federal prison.
More recently, President Obama has increasingly exercised his presidential power to grant clemency to federal inmates. On December 19th, he granted clemency to 231 federal inmates, setting the record for the most in a single day by any president. President Obama also signed the Fair Sentencing Act into law, which reduced the sentencing disparity between crack and powder cocaine. The crack/powder legal distinction had resulted in disproportionate sentencing of African Americans in the decades-long war on drugs.

Apple got a lot of heat this year (removing the audio jack from the iPhone 7 was one of the more boneheaded, user-hostile moves of the company’s history), but Apple redeemed themselves and then some with their principled stance against the FBI’s intimidation and fearmongering in the wake of the San Bernardino shooting.
It all started in 2013 when whistleblower Edward Snowden disclosed to the world that major tech and internet companies were working with the NSA to track the communications and movements of every American. Companies like Apple reacted to this revelation by working hard to encrypt their software and protect their customers’ privacy. Apple’s iPhone operating system has become increasingly harder to crack, leading government agencies like the FBI to clamor for a special “backdoor” in consumer electronics.
Apart from being technically impossible, the pressure to force Apple to create purposefully flawed encryption (the “backdoor”) is a finger in the eye of the civil libertarian principles the United States was founded on. Some have even said it could violate Apple’s free speech rights.
Ultimately, the FBI did find their own way into the iPhone 5c used by one of the San Bernardino attackers, but Apple deserves credit for standing its ground in the face of FBI intimidation and for its admirable defense of the right to privacy.

The Syrian civil war hit a fever pitch this December. With the support of the Russian government, Bashar al-Assad relentlessly bombarded the Syrian city Aleppo, resulting in the widespread death of innocent civilians.
For years, as the conflict in Syria has intensified, millions have fled their homes in an attempt to escape the bloodshed. Unfortunately, these refugees were met with growing anti-Muslim discontent around the world. Many refugees have died in their attempts to flee the region, and many who successfully escaped are met with discrimination and closed borders. It has gotten to the point where the United States Holocaust Memorial Museum in Washington, D.C. had to release a statement against condemning refugees and turning them away.
If anyone should be in your thoughts this holiday season, it’s those struggling for their lives through one of the worst humanitarian crises in recent history.
2016 was an eventful year, if nothing else. I know I’m excited to conclude the year and embark on the adventures that 2017 is sure to bring. However, in these last few days of 2016, let’s learn from the sins of the scoundrels and the virtues of the heroes, and try to make 2017 a better year. What do you think? Who would you add to this list? 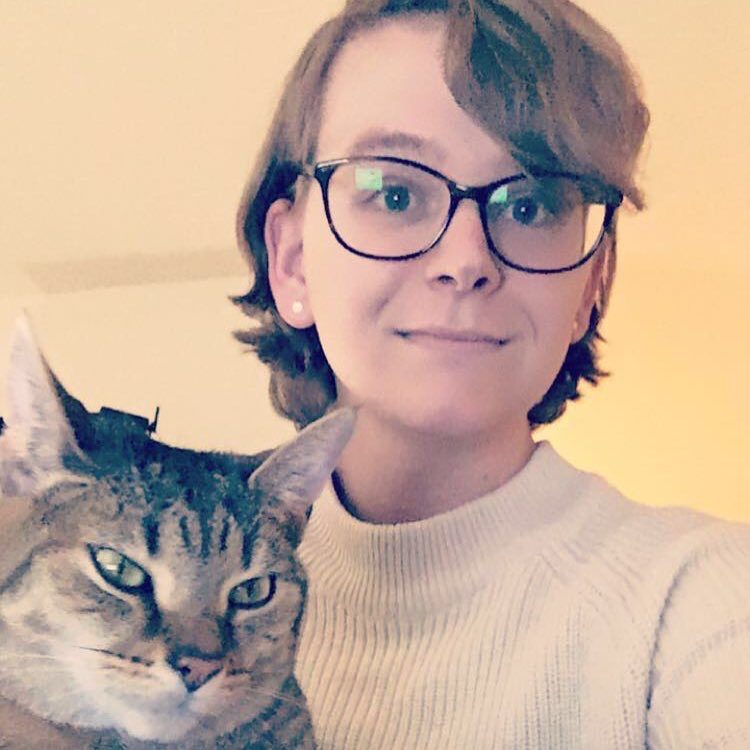