How taxing the rich paradoxically resulted in more inequality for all

We always hear that the rich should pay taxes more, that our tax rates aren’t high enough. If only we raise taxes we can solve a lot of our problems — inequality would go down and maybe we’d even have more economic growth.

Now the funny thing about this view is it really doesn’t comport with our historical experience at all. Whenever we have raised taxes on the rich, we have seen horrible offenses against inequality and economic growth.

The Myth of Taxing the Rich in the 1950s

Now you may be thinking, “But wait a minute. The 1950s, that was the greatest economic era ever. That’s when everybody had a job. Those jobs were for life. People got to live in suburbia and go on vacation and do all sorts of amazing things. It was post-war prosperity, right?” Actually, all of these things are myths. In the 1950s, the United States suffered four recessions. There was one in 1949, 1953, 1957, 1960 — four recessions in 11 years. The rate of structural unemployment kept going up, all the way up to 8% in the severe recession of 1957-58.

So there wasn’t significant economic growth in the 1950s. It only averaged 2.5 percent during the presidency of Dwight D. Eisenhower, and the tax code spawned inequality that is even unheard of today. How so? Well, when you have a marginal rate of the income tax that is 91 percent, to have an exception from that income tax is very valuable. If you were able to get a statute written into the tax code that says you don’t have to pay that 91 percent and you’re high-income, you could either pay nothing, or pay a much lower rate. That exemption is very valuable.

The next 11,000 pages after those first two pages were exceptions to those statements. They were pet statutes that were written into law by Congress at the behest of lobbyists that said, “This income is not subject to taxation.” And always, in almost every case, it had to do with the income of the rich. Let’s give some examples.

One of the most notorious cases, perfectly legal, by the way, was that of the movie studio mogul Louis B. Mayer. In 1951, Louis B. Mayer retired from his studio in Hollywood, and he got a lump sum payment from the studio of $2.7 million, which is, you know, probably about $20 million dollars today, and that income was not subject to the 91 percent tax rate. It was only subject to a 25 percent tax rate. How did that happen? Louis B. Mayer hired a lobbyist who got a congressman to write a pet statute into the law that exempted his income from taxation and it applied only to Mayer and his associate who got those lump sum payments. That’s what the 11,000 pages in the tax code were. They were a nest of cronyism.

And the only way that those exemptions would ever be thought to be put in the tax code is if the marginal tax rate were high. The marginal tax rate was high, therefore all sorts of people wanted exemptions from it. There was a famous comment among the legal bar in the 1950s. It was recorded by John F. Kennedy’s SEC chairman, William Carey. And that comment was that once you become a millionaire, you don’t try to litigate a tax case. You don’t try to contest the IRS if you say they think you owe more money than you do. You simply get the statute changed.

That’s how easy it was in the 1950s to get Congress to write the pet exemption for you in the tax code.

So you can see what kind of pernicious effects that had on the inequality situation in the United States in the 1950s. The rich had all the money and they hid it from the tax man. Meanwhile, in doing so, they weren’t deploying their capital in ways that were productive for jobs and economic growth. They were hiding it in all these little ways that Congress permitted them to hide it. The Treasury estimate in the middle of this in 1957 said that only 43 percent of income in the United States was really subject to taxation. The other 57 percent is hidden in mortgage interest and all the other 11,000 pages of exemptions.

Unions ended up calling the tax code the “Swindle Sheet,” because that’s where the rich were able to hide their income, and they weren’t making it available for productive growth. So when we talk about the era of high taxes, that it was associated with economic growth and jobs for everyone, that actually is not accurate at all. It was an era in which the rich deployed their income in ways that the government told them to so that they could keep it, and the net result was A, inequality, and B, slow economic growth.

There’s a reason we dumped all that for tax rate cuts in the 1960s. 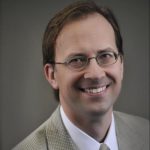 Brian Domitrovic is author of Econoclasts: The Rebels Who Sparked the Supply-Side Revolution and Restored American Prosperity. He holds the Ph.D. in history from Harvard, where he also did graduate… read more