[This article is updated from one that originally appeared in the Mercury News.]

Several years ago I participated in a colloquium whose title was something like “Advancing Technology: Thinking Outside the Box.” The presentations ranged from the ever-more imaginative uses of robots (fascinating!) to irrigating the Sahara Desert for growing crops that by mid-century could sustain the planet’s burgeoning population (unconvincing).

My lecture was the most mundane: I proposed that better government regulation would act as what people in the military call a “force multiplier” (a tool that increases the effectiveness of your force) for technological advancement. I also argued that at present, excessively burdensome regulation blunts technological innovation.

Progressive Policy Institute economists Michael Mandel and Diana Carew observed in a 2013 policy memo that “for each new regulation added to the existing pile, there is a greater possibility for … inefficient company resource allocation, and for reduced ability to invest in innovation.”

The economic burden of America’s accumulating mountain of regulatory requirements is almost unimaginable: According to a study from the Mercatus Center at George Mason University covering the years from 1977 through 2012, regulation’s drag on the US economy has made the economy a whopping $4 trillion smaller than it otherwise would have been.

One of the reasons for this massive effect is that, as regulations become more and more complex and burdensome, prospective entrepreneurs and managers must expend more resources on issues related to regulation and thus have less available for innovation and corporate growth.

...the study found that federal regulation alone costs consumers and businesses at least $1.9 trillion every year in compliance costs....

The Competitive Enterprise Institute’s report Ten Thousand Commandments 2016 examines many of the government’s own cost estimates (which are notoriously low, because bureaucrats tend to lowball the costs and overstate the benefits of their rules). Nevertheless, the study found that federal regulation alone costs consumers and businesses at least $1.9 trillion every year in compliance costs and lost economic productivity — more than 11 percent of current GDP. According to the author, federal regulation is, in effect, “a hidden tax that amounts to nearly $15,000 per U.S. household each year.”

The “gatekeeper” regulatory agencies, whose affirmative approvals are necessary before new innovations can be commercialized, are the source of much of the massive burden of regulation. The Food and Drug Administration alone regulates products that account for more than a trillion dollars annually — 25 cents of every consumer dollar.

The average cost to develop and bring a new drug to market is now about $2.6 billion, but many of the largest drug companies spend significantly more than that — for pharmaceutical giant AstraZeneca, the figure is almost $12 billion per drug, and for GlaxoSmithKline, Sanofi, and Roche, it is around $8 billion.

It might seem counterintuitive that some of the behemoth companies spend the most per approved product; after all, they have the most experience with the processes of clinical testing and negotiating the regulatory maze. The reason is that the biggest companies take the most risks in drug development and, consequently, experience the most failures.

What he meant is that to discover the Next Big Thing, you need to think outside the box — and inevitably, many of the projects attempted will fail, whether we’re talking about nuclear fusion, new pharmaceuticals, techniques for sequestering CO2, or software to assure the safety of self-driving cars.

Much existing regulation is superfluous or fails to be cost-effective. In his excellent book Breaking the Vicious Circle, written shortly before he was appointed to the U.S. Supreme Court, Stephen Breyer cited an example of expensive, non-cost-effective regulation by the EPA: a ban on asbestos pipe, shingles, coating, and paper, which the most optimistic estimates suggested would prevent seven or eight premature deaths over 13 years — at a cost of approximately a quarter of a billion dollars.

Breyer observed that such a vast expenditure on regulating uses of asbestos that confer such tiny risks would cause more deaths than it would prevent from the asbestos exposure, simply by reducing the resources available for other public amenities. Nevertheless, political pressures from environmental activists pushed the EPA into making a decision whose net effect was actually to increase health risks.

Regulatory excesses make it less likely that in any of the sectors in which American scientists and companies have excelled — nanotechnology, materials science, nuclear power, pharmaceuticals, medical devices, biotech and agriculture, to name just a few — we will discover the Next Big Thing.

The refinement of regulation to make it more evidence-based and cost-effective isn’t as sexy as growing crops in the Sahara, but it could yield tremendous humanitarian and economic benefits in the near-term and for generations to come.

Regulators won’t do it without significant prodding, so maybe major health-related philanthropies like the Howard Hughes Medical Institute, Gates Foundation, and Chan-Zuckerberg Initiative should make it part of their agenda. As wealthy as they are, they and their grantees would benefit from the “force multiplier” effect of smarter, more streamlined, more efficient regulation. 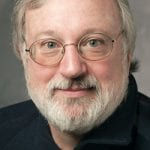 Henry I. Miller, MS, MD, is the Robert Wesson Fellow in Scientific Philosophy and Public Policy at the Hoover Institution. His research focuses on public policy toward science and technology,… read more