History, progress, and the fate of gay marriage

One of my least popular beliefs is that legally recognized same-sex marriage is likely temporary.

The argument is simple: the Supreme Court is divided. The justices who are in favor are the oldest members of the Court. The sitting president (or perhaps vice-president) will probably appoint their replacements. The new justices will reverse the decision, perhaps by vitiating marriage rights even for existing couples.

After that, the law is a powerful teacher. Supreme Court rulings tend to be venerated, and people usually absorb the moral norms that these decisions express. The exceptions are so rare that you and I both can probably count them on one hand, and our lists will be identical. A generation will grow up learning that same-sex marriage was a weird, failed, early-21st century experiment. Some may want to re-fight an old battle, but most will not.

Worst of all, I don’t think there’s much we can do about it. The choices that produce my scenario seem to have already been made. Now we’re just waiting for the consequences.

Examples of purported but regressed progress are frequent, although they tend to be forgotten. The Equal Rights Amendment. The abolition of the death penalty. Prohibition. And pretty soon (probably) Obamacare. Maybe one day legal abortion will join this list, too. All were hailed as inevitable and irreversible progress. Supposedly.

Now, I happen to support same-sex marriage — what’s more, I am actually in a same-sex marriage. (This is also why I won’t bet on the scenario I’ve just described: betting against one’s marriage is the kind of foolishness you find in Act I of a tragedy.) And this isn’t offered as an exercise in self-pity: I’m a historian, and I propose to criticize a particular type of narrative.

I might be wrong about same-sex marriage — counterarguments and reassurances exist — but it will not do, however, to reply that “while the arc of the moral universe is long, it bends toward justice.”

It is terrifying — and distasteful, and maybe a bit rude — to pick at such a cheerful proverb. But it’s rather a cold comfort, isn’t it?

Yet whatever hopes I might place in the progress of history, I can’t help but notice that everyone else is doing just the same thing I am. They’re placing their hopes in progress, in history, in the arc of the moral universe — only they’re quite different hopes from my own. And who knows: perhaps one day marriage will be made pure again, for heterosexuals only, the way that history herself intended it. Maybe they’ll find a cure for those who suffer from my particular condition, and then we’ll all congratulate ourselves on how terribly much progress we’ve made.

The social conservatives and I are trusting in radically different futures, but it’s the same basic gesture. The problem with the arc of the moral universe isn’t that it’s long, it’s that everybody has one, and they all lead somewhere different.

The problem with the arc of the moral universe isn’t that it’s long, it’s that everybody has one, and they all lead somewhere different.

Now, it’s possible that there is something healthy about acting with a view to our far posterity, at least within certain limits. A belief in the slow, gradual, eventual perfectibility of mankind might make us all better people. It allows us to be optimistic, while keeping us patient. It may lead us to a more careful, critical weighing of our values, or even a deeper consideration of the values of others. It may draw our attention to due process, and due process is always important: we should all run, of course, from anyone who expects perfection next week.

Its comfort, then, lies in allowing us to keep our hopes. Its coldness lies in the realization that everyone else gets to keep nurturing their filthy hopes, too.

Immanuel Kant once wrote to Moses Mendelssohn, “Every member in the series of generations to which I belong … is, in fact, prompted by his sense of duty so to act in reference to posterity that they may always become better, and the possibility of this must be assumed.”

Imagine that: a German Christian reassuring a German Jew of the reality of historical progress. History plays some pretty sick jokes, doesn’t it?

But how else should I act, if not in reference to a posterity that might recognize and improve on my efforts? Then again, how else can I act?

These questions are in considerable tension. The former presupposes a choice; the latter denies it. “How should I act?” says that it’s up to me to create the world that I would live in. “How else can I act?” reminds us that everyone else is doing exactly the same, because they can’t do otherwise: if the future belongs to everyone, then the future belongs to no one.

In the face of modern evil, the impulse is natural, perhaps, to embrace nihilism: the arc of history is a myth, and justice is too, and all that’s left are the lulz. Laughter is the only intense emotional response that you never have to take seriously:

Trolling reflects a profound lack of sincerity, even a hostility to sincerity. It allows the speaker to make an offensive declaration and then insist that his or her (usually his) statement was just intended to make you mad — that you’re the real fool for taking this seriously. The speaker gets to say the thing and also gets to deny responsibility for it. The troll believes that people who care about things are chumps and that the only wise way to go through the world is with a level of ironic detachment that borders on nihilism. Trolling isn’t just about being offensive. It’s about being gleefully offensive.

This seems to be where a lot of people are right now. Exhausted by the progressives’ expansive but deflated claims about the meaning of history, the right would prefer to have no sincerity at all about anything — least of all about what it really believes.

But it’s a bad reasons fallacy to infer nihilism when a particular account of the good doesn’t work, or, as is often the case, when we just disagree about the specific contents of the good.

We’d better hope there’s still justice, I suppose, even if the current year isn’t actively making it happen. Still, the vindication that we desire cannot come from history. To ask history to provide or guide us toward a perfect justice is to ask for an end to history itself, one in which we deprive the future of the freedom to act. Placing our trust in history also presumes that we are in a deep sense infallible: we’ve set up history as exactly the worst kind of deity, the god who conveniently shares all of our prejudices. As Ludwig von Mises put it:

The outstanding fact about history is that it is a succession of events that nobody anticipated before they occurred. What the most far-seeing statesmen and businessmen divine is at most conditions as they will develop in the near future, in a period in which by and large no radical changes in ideologies and in general conditions will take place…. The fallacy inherent in predicting the course of history is that the prophets assume no ideas will ever possess the minds of men but those they themselves already know of.

New ideas occur all the time. Old ones are not guaranteed of enduring, even if we judge them as good. To participate in justice is to participate in a process of weighing the strange and the familiar, and to subject not just others’ ideas to critique, but also necessarily our own. Some key part of justice is more than just hoping that our ideas get written on the world. We must also consider that our ideas may be mistaken.

It is therefore wrong to look to the results of history — as we happen to judge them — and seek within this judgment the foundations of justice, which are located elsewhere, and which will not be found in this way. History may coincide with our present ideas of justice, and we can work to make this so, but that’s the most that can be said about it.

And yet it remains exceedingly difficult to proceed if one does not begin as follows: I affirm that justice is not the mere rule of the strongest, and it’s not the rule of the most-like-me. And I affirm that it’s worth seeking out and trying to achieve. Even if history is heading in no particular direction, we still can, and we must. And so: which direction shall it be? 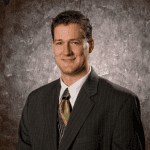 Jason Kuznicki has facilitated many of the Cato Institute’s international publishing and educational projects. He is editor of Cato Unbound, and his ongoing interests include censorship, church-state issues, and civil rights… read more