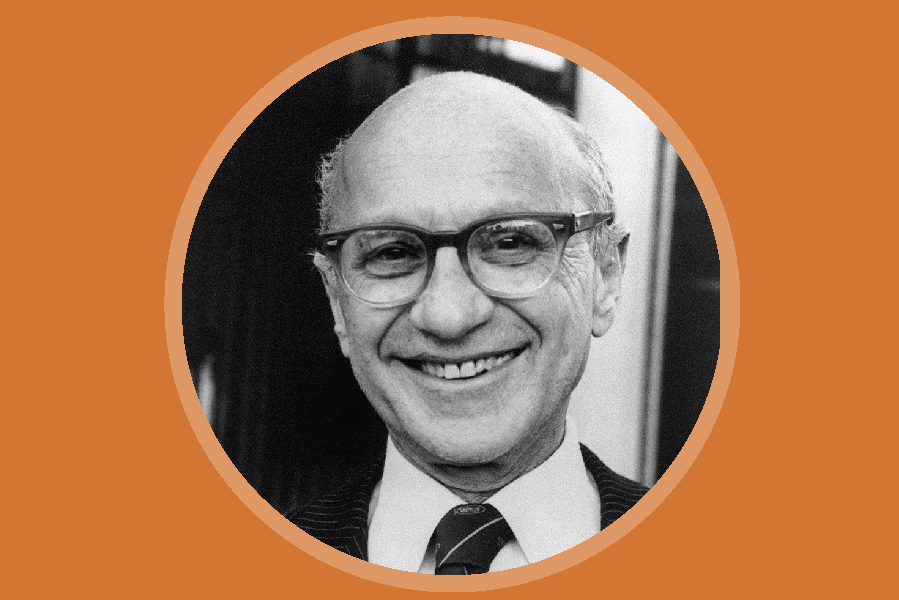 In honor of Milton Friedman’s birthday, let’s review the American economist’s greatest contributions to the advocacy of free market capitalism.

Who was Milton Friedman?

Milton Friedman (1912-2006) was one of the most influential economists in the second half of the 20th century and a crusading public proponent of free markets. As the leader of the Chicago School of monetary economics, he revived interest in the quantity theory of money, which stresses the importance of the quantity of money as an instrument of government policy and as a determinant of business cycles and inflation.

He was an economic adviser to Ronald Reagan and Richard Nixon and his ideas concerning monetary policy, taxation, privatization, and deregulation had a profound influence on government policy in the 1980s. Throughout his life, his work was characterized by a desire for simplicity and the belief that, in general, individuals can better determine what’s good for them.

A Nobel Prize winning-economist, Friedman left behind a staggering legacy of economic theory and public policy prescriptions. His works such as the groundbreaking A Monetary History of the United States, co-written with Anna Schwartz, revolutionized the organization of central banks around the world. In challenging the theoretical underpinnings of the Phillips Curve and predicting stagflation, he had a substantial influence on the economic profession.

His popular writings also cast a powerful influence over non-economists by challenging the consensus at the time in favor of increased state intervention in the economy. Friedman demolished the popular belief that laissez-faire capitalism was unfair and inefficient with clear, common sense rhetoric.

While many of his views were perceived as utopian and outlandish at the time, a substantial number of his ideas have gained mainstream acceptance today including gay marriage, drug legalization, and school vouchers. He was instrumental in ending the draft and his negative income tax can be seen today in the form of the earned-income tax credit.

If you only read one thing:

Arguably the most important economics book of the 1960s, Capitalism and Freedom, makes the case for relatively free markets to a general audience. In it, Friedman argues for a volunteer army, freely floating exchange rates, abolition of licensing of doctors, a negative income tax, and education vouchers.

Beautifully written and easily digestible, this book continues to inspire young people all over the world to study economics.

If you are interested in getting involved in promoting the ideas of liberty while also developing your skills and meeting many like-minded students from across the world, click on the button below to apply for the Local Coordinator Program.