One thing we can say for certain about the 2016 presidential election is that the winner will be one that most Americans view unfavorably. Each of the major party candidates are viewed unfavorably by a majority of the electorate, which, of course, means that millions of voters will support a candidate they don’t want. And while it’s tempting to chalk this depressing election season up to bad fortune, the current political reality is no accident. It is a result of the political system we have in 21st century America.

The rule of law is being abandoned.

If economist F.A. Hayek were with us today, he might well explain this election as a product of the breakdown of limited government in this country.

As Hayek long argued, a free society is governed by general, abstract rules that are equally applicable to all persons, including government actors. This framework for a free society, called the “rule of law,” characterizes a classically liberal society.

But the rule of law does not characterize American society in the 21st century. On the contrary, our government today is organized to confer benefits on the sea of powerful interests that preserve the positions and power of those in government. There are dramatic examples, such as the Bush administration’s decision to bail out failing investment banks and auto companies, which picked favored businesses to support. The Obama administration’s market intervention in the form of “stimulus” spending appears to have favored the politically well-connected. Others are less visible but perhaps more pervasive, such as favors the Internal Revenue Code does for politically powerful industries. And as Hayek taught, government cannot serve particular interests without abandoning the rule of law. While the rule of law demands that all are treated alike, special interest politics demands that government confer privileges on those whose political support the rulers seek.

When politics becomes a zero-sum game, government becomes a weapon.

Because the United States has in practical terms abandoned principled and limited government, we have weaponized government, transforming it into a tool with which special interests may seek exploitative advantages for themselves and punish their political opponents with financial burdens and deprivations of liberty. A government that is empowered to do such things is indeed a weapon, and all of us are its target.

Hence we fear one another. Today, we live in a society in which we know that our fellows seek to obtain advantages at our expense or to deprive us of our freedom. And this is the case because political control over a substantial part of the country’s economy, such as health care, comes down to a few votes in Congress, and cherished individual freedoms lay on the chopping block over a single Supreme Court vote. This greatly raises the stakes of political competition. If one party wins, the other loses. If one constituency wins, the others lose.

The appeals of partisan leaders, including presidential candidates in 2016, are cast in these terms. Our politics has become the war of all against all that Thomas Hobbes imagined a world without government would be like. This is not the rule of law, and it is not the constitutional republic the Framers bequeathed to us.

When government is unprincipled, the worst get on top.

We also do not have the kind of leaders who wrote our Constitution. This election has been remarkable for the number and nature of disturbing allegations about the presidential candidates’ professional and personal conduct. These allegations, ranging from misuse of political power for personal gain (Clinton) to mistreatment of other people (Trump), if true, would make the eventual winner of the presidential election someone that no one could be proud to have as a president of the country. We should not be surprised that unscrupulous persons are able to obtain political power in our country today.

“Why The Worst Get on Top” is the title of a famous chapter in Hayek’s classic The Road to Serfdom, in which he argues that because the totalitarian government to which socialism ineluctably leads requires lawless and unprincipled conduct by its leaders, unprincipled and immoral people will have greater success in political competition.

Public opinion research shows that negative impressions of the opposing party’s voters and candidates has driven political polarization in the United States in recent decades. As long as we tolerate lawless government and unprincipled politics, our society will only grow more divided, and the hostility among factions will only grow deeper and more intense. 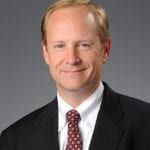 Dr. Boykin practiced law in Alabama and Texas and served as a judicial clerk to Judge Patrick E. Higginbotham on the United States Court of Appeals for the Fifth Circuit.… read more