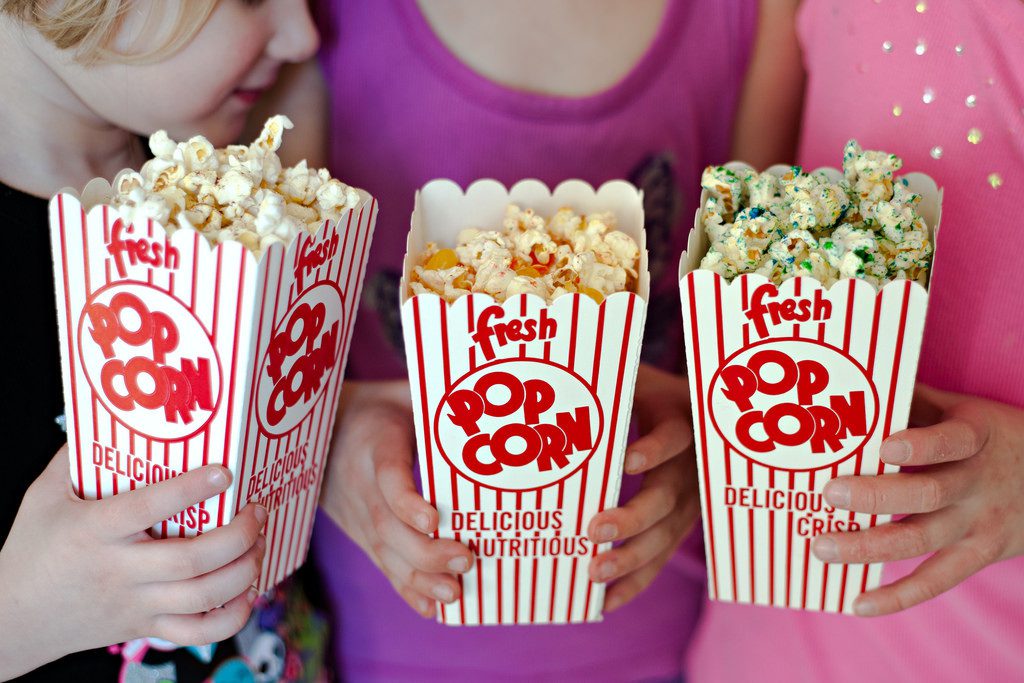 Election 2016 Is Here; Get Your Popcorn Ready

The 2016 presidential election season is in full swing: get your popcorn ready!
As public choice economist, I absolutely LOVE this particular election season! Why, you might ask?
I love this election because my training in public choice—a field of economics which applies the basic principles of economics to politics—leads me to look at our democratic process in a way that usually seems unusual or controversial to many Americans.
But I stress usually, because it seems that this election, in particular, has led many to discover firsthand the lessons public choice economists try to teach about political decision-making.
In other words, Donald Trump, Bernie Sanders, and all the rest have made my job easier (not unlike how a certain television show has made my job easier in the past).
Methodological Individualism: Only Individuals Act
Let’s start with some background. A central tenant of public choice—what makes our way of thinking different from other views—is a concept called methodological individualism. Simply put: thinking about the political process in terms of groups such as “the government,” “the people,” “the Republicans/Democrats,” or even “our democracy,” is flawed.
Only individuals actually act: individual voters, politicians, and government officials. When we observe political outcomes, we should be able to trace their roots back to individuals making choices and the incentives facing those individuals, and not the will of some large entity such as “the government.”
Incentives Matter to Individuals, Votes Matter to Politicians
Similarly, if we find fault with our political process or the outcomes it generates, we should always look to the incentives facing those individuals involved. Incentives matter.
Some are finding such fault today. Despite my tongue-in-cheek call above, many have watched the current election season not with popcorn but with confusion, disbelief, even disgust. In Alabama, where I live, the vitriol in the current political discourse has led some to even ask, “Should you let your children watch ‘bullying,’ ‘cursing’ political campaigns?”
What is driving this? Let’s look at politicians through the lens of public choice. By definition, politicians want to get elected, and this means getting votes. Voters, like all economic agents, can be viewed as utility-maximizers—they make choices they expect to make them happiest, after costs are paid. In the political arena, this means voters can be expected to support policies and candidates which are expected to generate for them the most benefits at least personal cost.
Policies vs. Personalities
This is readily apparent in our politicians’ rhetoric. For example, Bernie Sanders routinely criticizes the wealthy on Wall Street for preying on the poor and middle class, while Donald Trump rails against illegal immigrants for taking jobs and burdening our public services. In both cases, we observe politicians playing to a familiar “us-against-them” mentality: support me and I will make “them” pay for the things “you” deserve!
Meanwhile, various experts in economics have weighed in on the race, though to little substantive effect. Recently, Harvard’s Greg Mankiw noted that the economics profession overwhelmingly supports freer trade policies, while candidates from both parties continue to voice opposition. Bernie Sanders’s economic proposals have been criticized harshly by economists traditionally supportive of Democrats, including Paul Krugman. And to list those who have voiced criticism of Donald Trump’s various proposals would cause me to exceed my word limit!
Economist Bryan Caplan, known for his work on how voters exhibit systematic biases against markets and foreigners (among other things), recently noted that these candidates make for especially strong examples of his “myth of the rational voter.”
Going further, in many ways this is fundamentally an election about personalities, rather than substantive issues. The Republican frontrunner, Donald Trump, is both championed by his supporters and loathed by his detractors for his decidedly politically incorrect rhetoric. On the left, we have Bernie Sanders, a self-described Socialist who finds his cred as an alternative to the most traditional candidate in the race (Hillary Clinton) discussed at least as frequently as his policy prescriptions.
To Vote or Not to Vote?
This election in particular seems to have many expressing dissatisfaction with the candidates on either side; some may choose to not vote at all or even move to Canada. This taboo topic—the idea that someone would choose not to vote—can be explored using public choice theory as well.
After each election, there is a conversation about why so few people turn out to vote. To a public choice economist, the better question may be why so many people did vote. To explain, we need only return to our discussion of incentives facing individual voters. A person making the choice to vote or not weighs the costs of voting (travel, waiting in line, the registration process) against the expected benefit (the net benefits associated with his/her preferred candidate’s winning, multiplied by the probability that his/her individual vote was actually decisive in electing the candidate).
Even in a close race, this calculation ends up being not even close: the chance any single vote decides an election is so miniscule, many will find that the effort required to vote is simply not worth it. Add to this the costs associated with voting in an informed way (i.e. doing your homework on a candidate’s voting record), and we find that even those who do turn out to vote will typically be relatively uninformed. The effect is magnified further when voters are faced with alternatives they find equally undesirable.
In short: I love this particular election season because it is bringing to bear especially egregious examples of public choice in action. While the kneejerk response to the current political discourse may be to lament, as Senator Lindsey Graham has, that the process has gone “crazy.” Stopping to take stock of the incentives facing voters and politicians who court them can provide insight.
So instead of wondering what’s wrong with “the process” or “the people,” get your popcorn ready and enjoy the show through the lens of public choice!

George R. Crowley is an Associate Professor of Economics and member of the Johnson Center for Political Economy at Troy University in Troy, AL.  He earned his Ph.D. in economics from West Virginia University, and his undergraduate degree from Mercer University.  His research focuses on topics in public economics and constitutional…

The Brits are getting their freedom back. Well, some of it anyway.