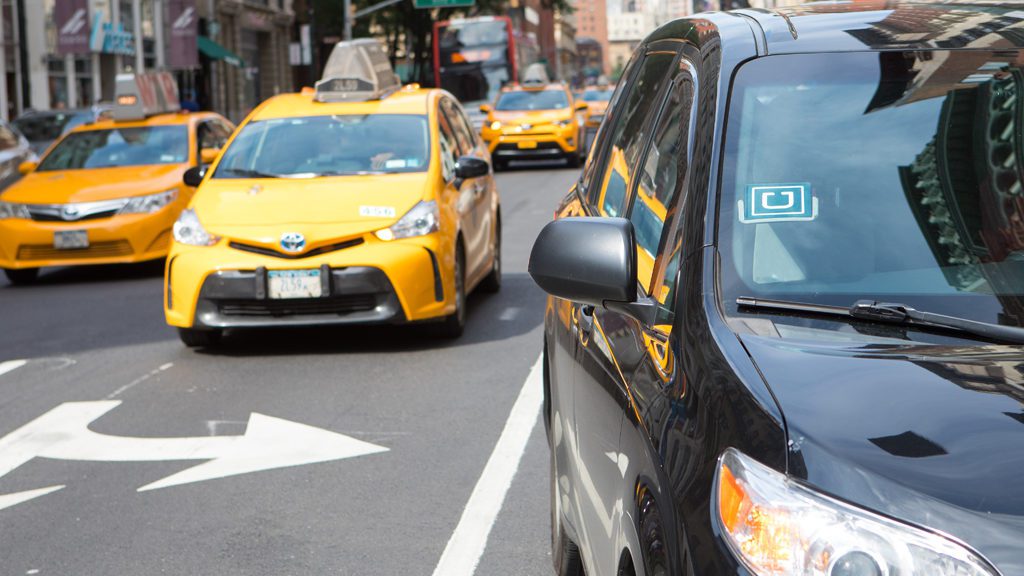 Does Manhattan need a congestion tax on Uber?

I carpool with a friend; one day, he called to say his car had broken down, and asked if I could pick him up. That was a busy day for me, so I offered what I thought was a reasonable solution: he should take Uber to my house, and I’d pay for it.

He objected: “That’s too expensive! You should just come pick me up.”

For an economist, the expense of an activity is the sum of the opportunity costs of all the resources expended in engaging in that activity. That means that the cash “price” may be a small part of the true cost.

So the total cost of my picking him up was $60, compared to only $15 for the Uber. In effect, I was using the “Coase Theorem”: Who paid didn’t really matter. The efficient solution was for him to take an Uber to my house, rather than having me go pick him up.  That’s why I offered to pay for the Uber: I was much better off paying for the Uber than picking him up myself.

That approach to public policy problems can be quite useful. Take the recent kerfuffle over “congestion pricing” for Uber in Manhattan.

An article in the New York Times describes the non-monetary costs of ride-share services, pointing out that by parking and driving around between fares, Uber, Lyft, and Juno drivers are taking up space.  They don’t pay for this “external” effect directly, but everyone else pays indirectly in terms of greater difficulty parking and using the clogged streets.

The point is that the cost of using the road depends partly on how large the road is. But it also depends on the number of other drivers on the same road at the same time. When my choices affect your costs (and vice versa) that’s an externality.

There are several proposals being considered. One is an $8 fee for entering Manhattan through a bridge or tunnel. But that seems like a bad idea, because it is simply a fixed cost; if you have to pay $8 to enter, you’ll stay longer and look for more rides on the island itself.

Another idea is a fee per ride for ride-shares, to match the surcharge now paid by yellow taxis. But ride-shares already have to pay sales taxes, which average more than $0.70 per ride, more than taxis pay.

Uber suggests a different policy to account for the externalities of congestion. According to the New York Times, Uber spokesperson Alix Anfang claimed that “A new transit tax system should fully fund mass transit by setting fees based on how crowded the roads are, not the type of vehicle people are traveling in.”

But could congestion pricing work? Putting up toll booths on every block would measure traffic, and allow the city to collect an extra nickel from each driver who travels each block. But the transaction costs of waiting in line at the toll booths would make congestion much worse.

Cliff Winston and Russ Roberts had an interesting conversation about this on EconTalk back in 2013. Winston was talking about his paper — published in Journal of Economic Literature — that advocated congestion pricing.

Roberts argued that having a zero price on roads was actually misleading. There is a zero money price on the use of most roads, but the actual cost of using the road includes the “queuing costs” of congestion — delay and inconvenience.

The problem is that the only way to reduce congestion is to have fewer people use the road, at least at peak times. So, it could be true (if the congestion price could be implemented at low cost, and could be dynamically updated constantly) that charging for road use would improve the efficiency of the observed patterns of road use. But all that “efficiency” means to the economist is that the last driver to enter the highway is paying a congestion surtax that makes that driver indifferent between driving and staying home.

More simply, economists often act as if achieving efficiency is always a Pareto improvement (meaning that it harms no one). But there is no reason that has to be true; there will be winners and losers. The losers in a monetized congestion price system will be those who have little money and whose time has little value. It doesn’t cost them much to sit in traffic, but it isn’t worth it to them to pay a congestion price. Those are the people who will stay home.

In the EconTalk episode, Winston didn’t deny that. In fact, he said that this was precisely what made the system desirable. There is substantial heterogeneity in the value people place on time. This could be an intrinsic preference (patience vs. impatience with waiting), or opportunity cost of time (I would just be watching cat videos vs. I’m a skilled surgeon late to an emergency operation), or ability to pay (I’m poor and don’t have the money to pay vs. I’m rich and the congestion price is trivial to me). So the advantage of congestion pricing, in Winston’s view, is that people who don’t value travelling at peak times can defer travel until later, or can take some other form of transportation, such as mass transit.

This reduces the deadweight losses from queuing, and much of the difference is captured in revenue from the congestion tax price. Converting queuing to revenue means that alternative transportation can now be subsidized and improved, and that benefits those who stopped using the roads. In Winston’s words,

It’s heterogeneity and now the ability through technology to actually charge different prices, that has opened people’s eyes up to say: Wait a minute; you know, there can be sort of a better matching here, where yes, the prices are pretty high but people really have a high value of time, and it’s not just rich people. (This quote starts at 38:45.)

Winston’s point about heterogeneity is important. In fact, it’s an underappreciated aspect of economics in general. People who disagree about the value of things are what drive much of the cooperative exchange system; average values are misleading. If I value something you own more than you value it, that means we disagree. But we can probably agree on one thing: a price. A price that is above your value but below mine. When I pay you that price, the one we agree on, we are both made better off.

In politics, disagreement is allowed, but then it’s ignored in favor of the average or median opinion. In other social settings, such as clubs or churches, we expect others to agree on values.  The genius of markets is the ability to create harmony and agreement out of disagreement.

Russ Roberts’s objection to Wilson’s argument is a subtle one, and it took me a long time to understand it. But once you see it, it’s obvious and important. In essence, his objection is that charging “prices” does not a market make.

In a market, property is exchanged voluntarily, and in a voluntary exchange both parties must be (subjectively) better off. In the case of congestion pricing, there is an implicit exchange: the people who value their time at higher money price buy less congestion so they can drive faster, and the people who have lower opportunity cost of time supply less congestion by staying home.

The reason the objection is subtle is that there is no sale by those giving up slow travel, and no purchase by those buying faster travel. As I pointed out in a theory piece on cost-benefit analysis and Coasean bargaining, there’s an enormous difference. In a Coasean setting, if I offer and you accept, a specific right is transferred and both of us must be better off, or we wouldn’t have made the deal.

But in the case of congestion pricing, that needn’t be true. We don’t have the information component (the seller agrees) nor the compensation component (the seller gets paid). The imposed cost on travel would be redistributive, from those with low opportunity cost of time and to those with high monetary opportunity cost of time.

So, is a congestion “tax” system a solution to the problem of street congestion? Is Uber right, and the problem is congestion in general? Or should Uber be selectively taxed, as some public officials have claimed? Or should we just leave things alone, and recognize that the total price, the sum of monetary cost and queuing cost, will cause the market to clear on its own?
Please tell me your thoughts at [email protected]. I’ll offer a survey of the answers I receive next month.