Did big government make us rich?

Why are Western countries like the United States and Germany so much richer today than other countries around the world? We desperately need an answer to this question — both to help us understand the human condition and to help us find practical steps we can take to alleviate global poverty.

One explanation for the success of the West is, in a word, liberty. Over the last few hundred years, classical liberal ideas such as the rights of man and the rule of law put constraints on European governments’ power, which resulted in a strong protection of private property rights. This resulted in meteoric economic growth, which delivered the modern cornucopia of wealth.


Classical liberal ideas such as the rights of man and the rule of law put constraints on European governments’ power.

In particular, political authority in Europe dating back to the fall of the Roman Empire was fractured, overlapping, and concurrent. Europe in the middle ages and early modernity was characterized by a large number of competing polities with multiple sources of law. In a real sense, lawmakers and lawgivers had to “compete” for the right to adjudicate disputes. The multiplicity of legal codes and polities resulted in a wide “social space” in which de facto individual rights flourished. Classical liberalism, as a system of ideas, developed as intellectuals began to reflect on this lived experience.

It’s obvious why those who are predisposed to liberty would enjoy this explanation. Free countries get rich; unfree countries stay poor. But is it the right explanation?

The European liberalism hypothesis has recently been supplanted by another explanation — state capacity. In brief, this is the idea that economic development requires strong, centralized states to uphold the rule of law and provide crucial public goods.

“State capacity” thus means the ability to govern: to enforce, and perhaps create as well, the rules of the social game. The state capacity literature in economics, as advanced by prominent scholars such as Daron Acemoglu, Timothy Besley, and Torsten Persson, places heavy emphasis on a single, strong, central legal authority. In this framework, the fractured and decentralized legal authorities in medieval and early modern Europe are now seen as antithetical to economic development.

Now, it is undeniable that economic growth in the West did not take off until the rise of modern nation-states. But this stylized fact cannot bear the load the state capacity theorists place upon it. State capacity, as an explanation for development, is actually a black box.

The Black Box of State Capacity

To see why, consider the standard explanation for why private property and markets create wealth: Private property and markets are necessary for the market price system to exist, which coordinates the plans of consumers with the plans of producers. Market prices give producers the knowledge necessary to act in the interests of consumers in the form of profit and loss calculations. Market prices also generate good incentives: everyone prefers making more money to less, all else being equal.

This dual information-incentives argument is the kind of explanation the social sciences require, because it answers the question of how acting individuals can promote ends that none of them intended separately, such as economic efficiency and growth.

State capacity, by itself, addresses neither the information issue nor the incentive issue. While governance institutions obviously began centralizing at the beginning of the modern era, this is just a morphological description of what happened to institutions. On it’s own, that’s insufficient as a causal explanation.


The state capacity literature has a hard time dealing with a very troubling counterexample.

Furthermore, the state capacity literature has a hard time dealing with a very troubling counterexample: the totalitarian states of the 20th century: like the USSR and China. These states had plenty of capacity, as evidenced by their ability to murder millions of their own citizens in acts of slaughter on a scale previously unimaginable. Needless to say, these kinds of things aren’t conducive to economic development.

If we want to understand the wealth and poverty of nations, we must find this elusive “something” and specify how it generates the incentives for those with political power to wield it in the broader social interest, and how they had the information to know whether what they were doing was working.

At its core, development economics is the search for these kinds of explanations. State capacity may or may not be a valuable steppingstone to an explanation, but it is not itself an explanation that social scientists should accept.

So it seems the old hypothesis — that the big ideas of classical liberalism created Western economic growth — is worth another look! 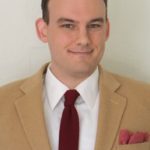