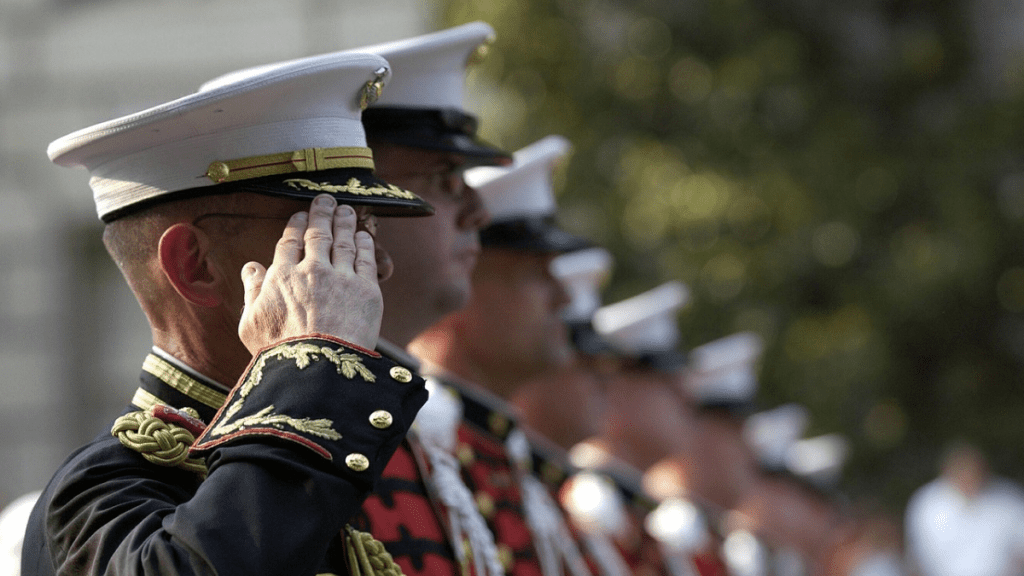 A History of Accomodating Religious Objections to War

Americans regularly argue about the proper role of the state, but few dispute that governments have an obligation to protect citizens from external threats. In the modern era, states and nations have regularly relied upon compulsory military service or conscription to raise armies.
Religious pacifists often ask to be excused from such service, but many countries have rejected their pleas.

Most American colonies required adult males to serve in the militia. Members of the Society of Friends, better known as Quakers, were often pacifists who refused to do so. As early as the 1670s, they requested to be excused from military service. Rhode Island, North Carolina, and Maryland granted their requests, provided these pacifists paid a fine or hired a substitute.
Many colonies followed their example in the 18th century, often expanding accommodations to include other religious pacifists. During the War for Independence, the Continental Congress supported these accommodations with the following July 18, 1775, resolution:

As there are some people, who, from religious principles, cannot bear arms in any case, this Congress intend no violence to their consciences, but earnestly recommend it to them, to contribute liberally in this time of universal calamity, to the relief of their distressed brethren in the several colonies, and to do all other services to their oppressed Country, which they can consistently with their religious principles.”]

Conscientious Objection and the Bill of Rights

Fourteen years later, during the debates in the first federal Congress over the Bill of Rights, James Madison proposed a version of what became the Second Amendment that stipulated that “no person religiously scrupulous, shall be compelled to bear arms.” Although largely forgotten today, this provision provoked almost as much recorded debate as the First Amendment’s religion provisions.
Madison’s proposal was approved by the House but rejected by the Senate and did not make it into the final text of what would become the Second Amendment. Madison returned to the issue two months later when Representatives debated a bill regulating the militia when called into national service. He offered an amendment to protect from militia service “persons conscientiously scrupulous of bearing arms.”

It is the glory of our country, said he, that a more sacred regard to the rights of mankind is preserved, than has heretofore been known. The Quaker merits some attention on this delicate point, liberty of conscience: they had it in their own power to establish their religion by law, they did not. He was disposed to make the exception gratuitous, but supposed it impracticable.”]
The amended bill eventually was passed, although with the requirement that conscientious objectors must hire a substitute. Throughout the nineteenth century, states often accommodated religious pacifists by permitting them to hire a substitute or pay a fine instead of performing military service.

Conscription Laws in State and Nation

Because states were the main source of soldiers for America’s wars into the twentieth century, religious pacifists were well, if not perfectly, protected. The nation’s first conscription law in the twentieth century, the Selective Draft Act of 1917, exempted from combat service members of “any well-recognized religious sect or organization at present organized and existing whose creed or principles forbid its members to participate in war in any form.” Instead of fighting, Quakers, Mennonites, Brethren, and members of other historic peace churches were required to perform non-combat duties. If they refused to do so, which some did as a matter of conscience, they were jailed.
A serious objection to the religious accommodation in the Selective Draft Act of 1917 is that it protected members of historic peace churches but not pacifists from other traditions. In 1918, the Supreme Court rejected the argument that this violated the Establishment Clause in Arver v. United States.
To the relief of other religious pacifists, Congress broadened the accommodation in the Selective Training and Service Act of 1940 to include anyone “who, by reason of religious training and belief, is conscientiously opposed to participation to war in any form.”

The free exercise of religion is specially protected by the United States Constitution, so it is not unreasonable for Congress or state legislatures to accommodate religious citizens.
Yet it is also reasonable to insist that non-religious individuals who have similar convictions be given similar accommodations. Congress has refused to do this with respect to military service, but the Supreme Court effectively read the Selective Service Act to require such accommodations in United States v. Seeger (1965) and Welsh v. United States (1970). To this day, however, the U.S. Code limits conscientious objector status to religious pacifists.

When Citizens Object to Some Wars but Not Others

Not every religious conviction can be accommodated, and it is worth noting that Congress never created an accommodation for selective conscientious objectors (individuals who object to a particular war but not all wars).
In Gillette v. United States (1971), the Supreme Court ruled that the Free Exercise Clause did not require an accommodation for such citizens. Similarly, Congress and the Supreme Court have refused to exempt religious pacifists from paying the portion of their taxes that supports the military.
The United States has a significant interest in ensuring that personnel needs are met during time of war and that the burdens of conscription are shared fairly. The military’s needs were severely stretched in World War I and World War II, yet Congress saw fit to exempt religious pacifists from military service. America, along with her allies, was able to win both conflicts despite the exemptions. Personnel needs were met more easily in the Korean and Vietnam Wars, as the nation was far from full mobilization. If the United States did not win these wars, it was not due to accommodations granted to religious pacifists.
Mark David Hall is Herbert Hoover Professor of Politics and Faculty Fellow in the William Penn Honors Program at George Fox University. Parts of this series were originally published by the Heritage Foundation as “Religious Accommodations and the Common Good,” available here.