The United States has laws in place to limit the number of immigrants granted entry. How many immigrants should be allowed to call America home? Bryan Caplan, professor of economics at George Mason University, argues that the United States should have open borders. Jan Ting, professor of law at Temple University, argues that there need to be limits on the number of immigrants.
In this clip, Prof. Ting argues that open borders would result in an enormous increase in the number of immigrants to the United States. He points out that there are so many opportunities here that people would come in huge numbers from less developed countries. The strain on the United States infrastructure and environment could be enormous.
In his response, Prof. Caplan argues that the fact people would want to come in such great numbers is, in his mind, an argument favoring open borders. People should be living in places where they can achieve their potential. For many people around the world, this means they need to move. Would this have effects on the U.S. economy? Absolutely. Prof. Caplan argues that in the short run, housing prices would probably increase, for example. In addition, we may see a move to having personal servants, as many of the low-skilled workers in the world have skill sets that fall below the lowest-skilled workers in the United States. To offset pressures on the environment, Prof. Caplan recommends increasing costs for pollution and other environmental hazards.
What do you think? Do you think the fact that many people would want to immigrate to the United States is an argument in favor or against opening the borders?

Debate – What Would Happen if America Opened its Borders?
JAN TING: What do you think would happen with open borders? How rapidly are people going to come into the Untied States? I heard an interview on NPR where somebody asked someone in Nigeria, “If it were possible to come to the United States and seek your fortune and a better life, what percentage of the people in Nigeria would come to the United States?” And I’m sure it was an exaggeration, but this interviewee said, “Well, all of them. Of course, everyone in Nigeria.” I don’t know if everyone would, but a substantial portion of the people in Nigeria, Brazil, China, India, the Philippines, would all head to the United States.
We were talking about Walter Williams during the break, and I said Walter Williams used to say the poor people of the world may be poor, but they’re not stupid. They’re as capable of doing cost-benefit analysis as anyone in this room, he used to say, and they do it all the time. So in trying to decide, oh, do I want to stay in my country with no job prospects or do I want to come to the United States where millions of immigrants have found a better way forward? What’s the logical thing? How quickly would it take for the rest of the world to depopulate and come to the United States, given the fact that poor people in the world are rational people?
BRYAN CAPLAN: Strangely. Jan your argument against is my argument for. The entire reason why we have these enormous gains from open borders is because a lot of people are right now in the wrong country. They need to move. People in low-productivity countries need to move in vast numbers to high-productivity countries. And that’s what open borders would allow.
What do I think will happen? So in the short run, precisely because it’s hard to build an enormous amount housing really quickly, you would see a large increase in housing prices. Which, by the way, would benefit any American who owns housing, a lot, as well as any American who is currently bailing out anyone whose housing price went down. Worth pointing out, so the very short-run effect is going to be a large increase in real estate prices and also a large fall in the wages for very low-skilled workers. Worth pointing out that many workers in the world are so low skilled that there are hardly any native-born Americans who are actually comparable to them.
Now again, people generally think, well, isn’t that a reason not to let them in? No. Not only is that a reason to let them in, it is a reason why Americans are not going to lose out, because their skills are so different that they are not actually competing in the same market as we are. What would happen is that there’d be a great realignment of the economy. There’d be a big move to, people having personal servants if there is this much cheap, low-skilled labor around. Things would change. They would change a lot. But to say that the republic is going to be destroyed by this or that you’re worried about this, I just think this is paranoid.
Is it possible? It’s possible. What examples are there of countries that have been destroyed by immigration this way? I think it’s pretty hard to come up with any plausible example. I think you’re really saying is it possible this will bring down our country is not too far from saying is it possible that our heads would explode if a lot of immigrants come here. Yes, we can imagine it, but it is not a reasonable worry. It is only a small risk. It is not reasonable to expect a billion extra people to live in poverty and misery so that you can sleep a little better at night.
TING: What about the environment?
CAPLAN: What about the environment? Yeah, good question. So yes I will do a quick version. First of all, there is, in terms of environmental effects, there are cheaper and more humane ways of handling the problem than restricting immigration. Go to any environmental economics class and what will they tell you you can do about pollution? Raise the price. That is the right approach. If you’re worried about pollution, raise the price. If you’re worried about resource scarcity, let the price go up, and so on. Saying that we can solve this problem by keeping people out of the country entirely is not a morally acceptable approach when there is a way cheaper way that doesn’t involve ruining people’s lives just because they are born on the wrong side of the border. 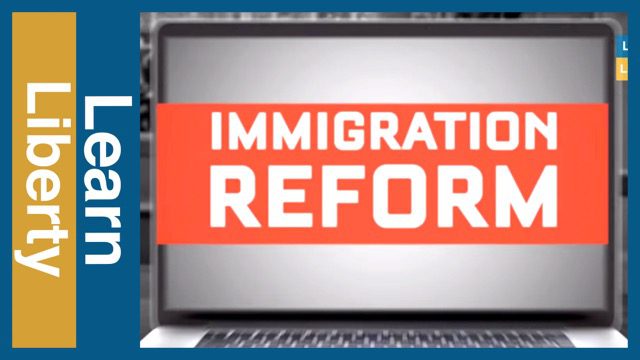 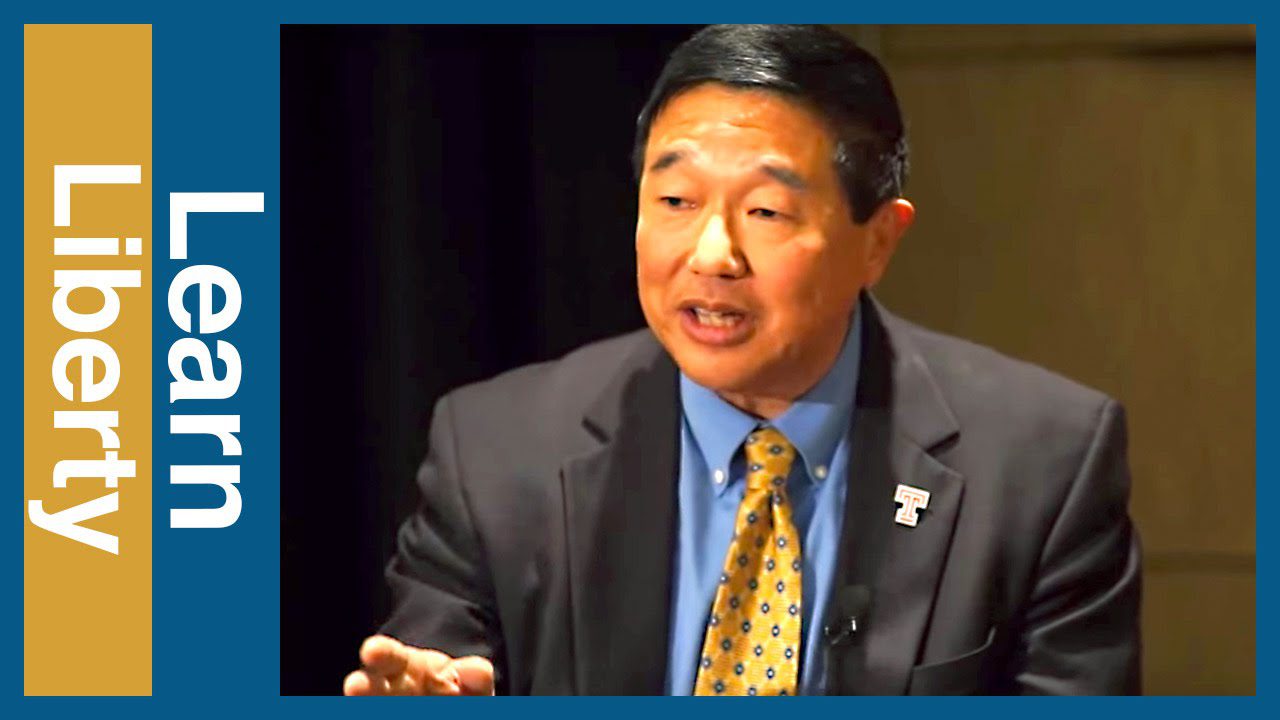 Debate – What to Do about Immigration 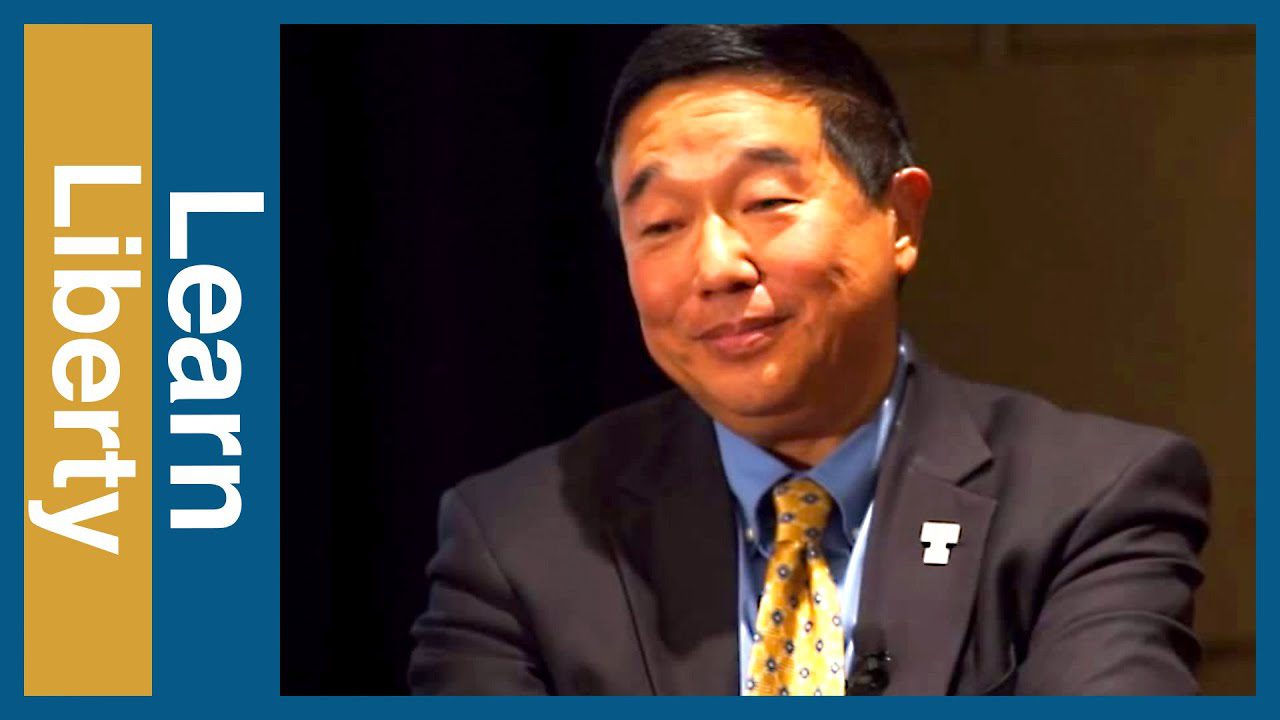