Twenty-one-year-old human rights activist and North Korean defector Yeonmi Park is fast becoming the face and voice of her oppressed people, as well as an inspiration for freedom-loving individuals throughout the world. In the fall of 2014 she was a featured speaker at the Oslo Freedom Forum and The One Young World Summit in Dublin, where her passionate, deeply personal speech about the brutality of the North Korean regime became an international phenomenon. Since then, she’s been named one of the Top 100 Global Women by the BBC and profiled in numerous media outlets. 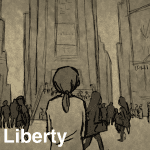 Yeonmi Park’s Escape from North Korea: Go to Where the Light Is

3 years ago 06:36
This is the journey of one North Korean survivor, Yeonmi Park, who escaped North Korea’s borders and then had to break free from its brainwashing.