He is the author of two books, Cornerstone of Liberty: Property Rights in 21st Century America and The Right to Earn A Living: Economic Freedom And The Law, as well as some 40 scholarly articles on subjects ranging from eminent domain and economic liberty to copyright, evolution and creationism, and the legal issues of slavery and the Civil War. His articles have appeared in Liberty, National Review Online, The Claremont Review of Books, Forbes Online, The San Francisco Chronicle, Regulation, and The Washington Times, among other places.

He is an adjunct professor of law at the McGeorge School of Law in Sacramento. In February, 2006, he became one of the youngest attorneys ever featured on the cover of California Lawyer magazine. He is a frequent guest on radio and television programs, including The Armstrong and Getty Show, the Jim Lehrer News Hour, and NPR’s This American Life. Sandefur is a graduate of Chapman University School of Law and Hillsdale College. 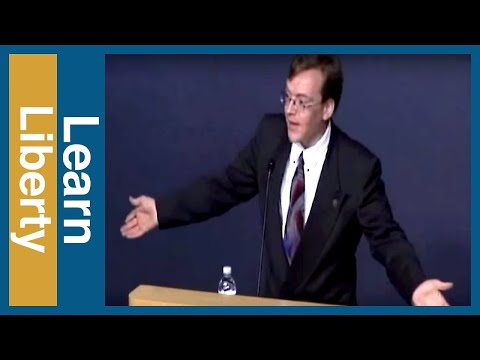 Property Rights in the 21st Century

9 years ago 36:39
Timothy Sandefur, Principal Attorney at the Pacific Legal Foundation, discusses how the evolution of law in the United States has affected our property rights.  Beginning with discussions of the founding…