Throughout his career as an economist, Scott Beaulier has been actively engaged in the policy arena, both within academia and in the public sphere.

As Executive Director of Arizona State University’s new Center for Economic Liberty within the W.P. Carey School of Business, Dr. Beaulier is at the forefront of building an academic and research center dedicated to studying the impact government policies have on economic growth and individual well-being.

Prior to his role at the Center for Economic Liberty, Dr. Beaulier served as Executive Director of the Manuel H. Johnson Center for Political Economy at Troy University. Under his leadership, the Johnson Center grew into a robust academic center: In just three years, Dr. Beaulier recruited seven top-notch PhD economists to campus and expanded the program offerings to include both a major and a master of arts in economics.

Dr. Beaulier takes scholarship off campus and into mainstream media. Through this mix of media formats, Dr. Beaulier addresses some of the most pressing and hotly debated issues facing the U.S. and the world, challenging powerful policy leaders on topics from pensions and Medicaid reform, to taxes and inflation. He is a regular contributor toRealClearMarkets, wrote a weekly column for the Birmingham News/Al.com during his time in Alabama, and is frequently tapped as an expert guest by radio and TV programs.

And, Dr. Beaulier engages audiences across the nation by speaking at events hosted by trade associations, civic groups, and think tanks, as well as at national conferences. In these venues, he offers economic expertise on issues weighing mostly heavily on Americans from coast-to-coast, working to bring answers and solutions to our most pressing problems.

In addition to leading the Johnson Center, Dr. Beaulier served as Chair of the Division of Economics and Finance at Troy University and, earlier in his career at Mercer University, was the BB&T Distinguished Professor of Capitalism, Chair of the Economics Department, and Director of the Center for Undergraduate Research in Public Policy & Capitalism. Dr. Beaulier earned an undergraduate degree from Northern Michigan University and a PhD in economics from George Mason University. 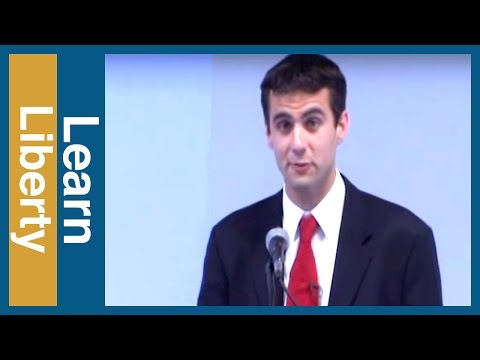 A Tale of Two Countries: Botswana and Zimbabwe

8 years ago 10:11
According to Prof. Scott Beaulier, when most people think of Africa and the standard of living it provides, they tend to think of the entire continent as a whole rather…