Professor of Economics and Law
University of Texas at Arlington

Roger Meiners is Goolsby Distinguished Professor of Economics and Law at the University of Texas at Arlington and Chairman of the Department of Economics. He also serves as a senior fellow at PERC—the Property and Environment Research Center.

He was previously on the faculty at Clemson University, Emory University, and Texas A&M University. He also served as the director of the Federal Trade Commission office in Atlanta. He received his law degree from the University of Miami and his Ph.D. in economics from Virginia Tech, where he was strongly influenced by public choice economists James Buchanan, Gordon Tullock, and Richard Wagner.

An economist and lawyer, Roger Meiners defends the superiority of the common law–legal traditions developed through the courts–over federal regulation. In his view, the success of markets is intertwined with the common law’s strong protection of property rights. Common law protects the environment by allowing individuals to take action against trespass and nuisance affecting the enjoyment of their properties. It empowers individuals and decentralizes decisions. In contrast, centralized regulations concentrate power and tend to apply a one-size-fits-all solution to a multitude of problems.

He and PERC Fellow Andrew Morriss have written several papers on the mining industry, including articles published in Environmental Law and Administrative Law Review.

Roger lives with his wife Cary, a high school administrator, in Fort Worth, Texas. He has four children in various stages of higher education. 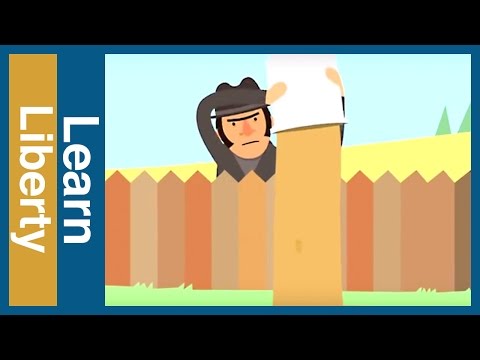 How Dirty Laws Trash The Environment

6 years ago 03:06
Dirty Laws? That’s the confusing part of EPA regulations. While intended to do good, they end up doing quite the opposite. When a corporation dumps its toxic waste a few…