Randy Simmons is a professor of Political Science and the Director of the Institute for Political Economy at Utah State University in Logan, Utah. He is also a former policy analyst for the U.S. Department of the Interior (1983-84).

Dr. Simmons is the author, co-author or editor of numerous articles and books, including Beyond Politics: Markets, Welfare and the Failure of Bureaucracy (Westview Press, 1994) and The Political Economy of Culture and Norms: Informal Solutions to the Commons Problem (Rowman and Littefield, 1993). His current research is focused on environmental policy. His books on this subject include Endangered Species: Critical Thinking About Environmental Issues and in his soon-to-be published Political Ecology: Politics, Economics and the Endangered Species Act. 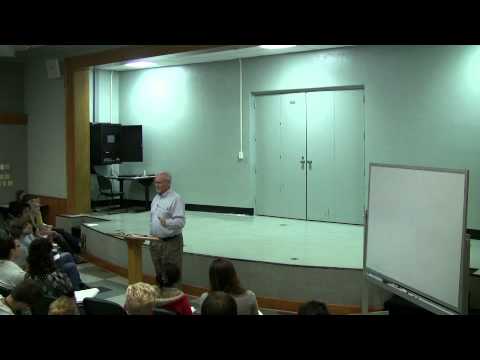 10 years ago 52:55
From the IHS Vault: Political science professor Randy Simmons gives a personal perspective on the topic of local government, sharing his past experiences both as a city councilman and as…