On September 1, 2008, Lawrence W. (Larry) Reed assumed the presidency of the Foundation for Economic Education, headquartered in Irvington, New York. After serving as President of the Mackinac Center for Public Policy for its first two decades, Reed became President Emeritus of the Center upon assuming his duties as President of FEE.

Reed holds a B.A. degree in Economics from Grove City College (1975) and an M.A. degree in History from Slippery Rock State University (1978), both in Pennsylvania. He taught economics at Midland’s Northwood University from 1977 to 1984 and chaired the Department of Economics from 1982 to 1984. He designed the university’s unique dual major in Economics and Business Management and founded its annual, highly-acclaimed “Freedom Seminar.” In 1982, he was a major party candidate in the general election for the U. S. House of Representatives from Michigan’s 10th district. He moved to Boise, Idaho in 1984 to direct a policy institute there before moving back to Michigan to head up the Mackinac Center in December 1987.

Under his leadership, the Mackinac Center emerged as the largest and one of the most effective and prolific of over 40 state-based “free market” think tanks in the country. He served a term as president and 15 years as a member of the board of directors of the State Policy Network, a national organization whose membership consists of those state-based groups.

In 1994, Reed was invited to give the Commencement address to the graduating class of the Colleges of Education, Health, and Human Services and Extended Learning at Central Michigan University (CMU) before an audience of 6,000. CMU conferred upon him the honorary degree of Doctor of Public Administration. In 1998, Grove City College (his undergraduate alma mater) bestowed upon him its “Distinguished Alumni Award.” In 2009, he was given a second honorary doctorate (in Laws) by Northwood University.

In the past twenty years, he has authored over 1,000 newspaper columns and articles, dozens of articles in magazines and journals in the U. S. and abroad, as well as five books. His articles have appeared in The Wall Street Journal, Christian Science Monitor, USA Today, Baltimore Sun, Detroit News and Detroit Free Press, among many others. Reed’s most recent book is Republic – If We Can Keep It  (with Burton W. Folsom, Jr.). Since 1978, he has delivered more than 1,000 speeches in 40 states and 15 foreign countries, including one at People’s University in Beijing, China.

Reed’s interests in political and economic affairs have taken him as a freelance journalist to 69 countries on six continents since 1985, including five visits to Russia, five to China, four to Nicaragua, three to Poland, five to Kenya, and others to such places as Cambodia, East Germany, Mozambique, Haiti, Japan, Bolivia, Brazil, Ecuador, Honduras, Greece, Italy, Australia, Slovenia, Croatia, Peru, Chile, Argentina, Singapore, Israel, Egypt, Malaysia, Vietnam, Iceland and New Zealand.

From firsthand experience, he has reported on hyperinflation in South America, voodoo in Haiti, black markets behind the Iron Curtain, reforms and repression in China and Cambodia, the recent stunning developments in Eastern Europe, and civil war inside Nicaragua and Mozambique. Among many foreign adventures, Reed visited the ravaged nation of Cambodia in 1989 with his late friend, Academy Award winner Dr. Haing S. Ngor; recorded an authentic native voodoo ceremony in a remote region of Haiti in 1987; traveled with the Polish anti-communist underground for which he was arrested and detained by border police in 1986; interviewed presidents and cabinet officials in half a dozen nations; spent time with the contra rebels during the Nicaraguan civil war; and lived for two weeks with the rebels of Mozambique at their bush headquarters in 1991, at the height of that country’s devastating civil war.

Reed was first elected in 1994 to the Board of Trustees of the Foundation for Economic Education (FEE) in Irvington, New York—one of the oldest and most respected economics institutes in America and publisher of the journal, The Freeman, for which he writes a column entitled “Ideas and Consequences.” In 1998, he was elected chairman of FEE’s board of Trustees and reelected chairman in 1999 and 2000.

His spare-time interests include reading, travel, fly-fishing, hiking, skydiving, and animals of just about any kind.

4 years ago Role of Government
Opinions of Anne Hutchinson have, shall we say, covered the waterfront. In his masterful tome, Conceived in Liberty, 20th-century economist and libertarian historian Murray Rothbard cast her as a staunch individualist…

4 years ago History
Two centuries before “women’s lib,” in the run-up to America’s Revolutionary War, Mercy Otis Warren was already a liberated woman by the standards of her day. And she did the…

4 years ago History
Almost two centuries before the women’s lib movement and a full century before the suffragettes, not all women were quiet subordinates to men. In this 1996 essay, historian Jim Powell…

“All our liberties are due to [wo]men who, when their conscience has compelled them, have broken the laws of the land.”

Among the great misconceptions of the free economy is the widely-held belief that “laissez faire” embodies a natural tendency toward monopoly concentration. 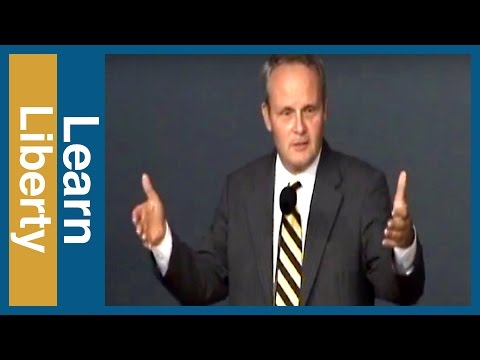 Spreading Freedom to the World

9 years ago 54:02
Lawrence Reed, President of FEE, discusses the importance of freedom. Through as series of personal stories, he illustrates the difficulty of a typical life under tyranny. Further, he describes the…