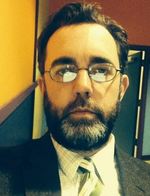 Garett Jones is a Professor of Economics and BB&T Professor for the Study of Capitalism at the Mercatus Center, George Mason University. Previously he held the positions of assistant professor at Southern Illinois University, Edwardsville and visiting scholar at the University of California, San Diego. His research interests include macroeconomics, monetary economics, and the microfoundations of economic growth. His work has appeared in journals such as the Journal of Monetary Economics, the Journal of Economic Growth, and Critical Review.

In addition to his academic work, Garett has also served as Economic Policy Adviser to Senator Orrin Hatch and as a staff economist to the Joint Economic Committee of the U.S. Congress.

Prior to earning his Ph.D. in economics from the University of California, San Diego, Garett earned a BA in history from Brigham Young University, a Master of Public Administration degree from Cornell and an MA in political science from UC Berkeley.

Are The Greeks Villains If They Default On Their National Debt?

5 years ago 01:41
Are The Greeks Villains If They Default On Their National Debt? Things are so complicated in Europe; you would think you need a Ph.D. in economics to keep track of…

The Best Explanation of the Greece Bailout in 90 Seconds

5 years ago 01:41
Things are so complicated in Europe; you would think you need a PhD in economics to keep track of what’s going on. But at least with this video, you don’t.…