David Boaz is the executive vice president of the Cato Institute and has played a key role in the development of the Cato Institute and the libertarian movement. He is a provocative commentator and a leading authority on domestic issues such as education choice, drug legalization, the growth of government, and the rise of libertarianism. Boaz is the former editor of New Guard magazine and was executive director of the Council for a Competitive Economy prior to joining Cato in 1981.

He is the author of Libertarianism: A Primer, described by the Los Angeles Times as “a well-researched manifesto of libertarian ideas,” the editor of The Libertarian Reader, and coeditor of the Cato Handbook For Policymakers. His articles have been published in the Wall Street Journal, the New York Times, the Washington Post, the Los Angeles Times, National Review, and Slate. He is a frequent guest on national television and radio shows, and has appeared on ABC’s Politically Incorrect with Bill Maher, CNN’s Crossfire, NPR’s Talk of the Nation and All Things Considered, John McLaughlin’s One on One, Fox News Channel, BBC, Voice of America, Radio Free Europe, and other media. His latest book is The Politics of Freedom.

Trump doesn’t seem like the type for self-improvement, but here are four unsolicited recommendations anyway.

Defending privilege in a world of disruptive innovation

Two front-page stories in the Metro section of Monday’s Washington Post depict protected service providers desperately trying to fight off innovations that might serve customers better and threaten the comfortable incomes of the established providers. 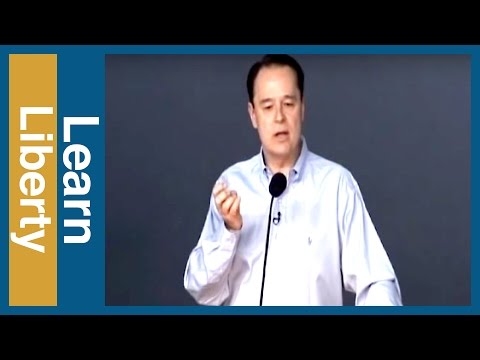 The Politics of Freedom

8 years ago 19:45
According to David Boaz, executive vice president of the Cato Institute, libertarianism is the application of science and reason to the study of politics and public policy. By focusing on…