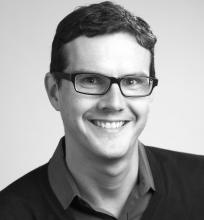 Daniel is a Staff Attorney on the Electronic Frontier Foundation’s intellectual property team, focusing on patent reform. Prior to joining EFF, Daniel was a Residential Fellow at Stanford Law School’s Center for Internet and Society. He also practiced at Keker & Van Nest, LLP, where he represented technology clients in patent and antitrust litigation. Before that, Daniel was a legal fellow with the Drug Law Reform Project of the American Civil Liberties Union. Daniel clerked for Justice Susan Kenny of the Federal Court of Australia and Judge William K. Sessions, III of the U.S. District of Vermont. Daniel has a B.A. in Philosophy from the University of Western Australia, an M.A. in philosophy from Rutgers, and a J.D. from Yale Law School.

Patents are out of control, and they’re hurting innovation

The government issues thousands of new patents every week — each one a new regulation — with little to no oversight or review.