Assistant Professor of Philosophy
College of William and Mary

Christopher Freiman is an Associate Professor of Philosophy at the College of William & Mary. His research interests include democratic theory, distributive justice, and immigration. Freiman’s new book, Unequivocal Justice, criticizes the idealization of the state in contemporary political philosophy. His work has appeared in venues such as the Australasian Journal of Philosophy, Philosophical Studies, Philosophy and Phenomenological Research, The Journal of Ethics and Social Philosophy, Politics, Philosophy, and Economics, and The Oxford Handbook of Political Philosophy. His website is www.cfreiman.com and he blogs at www.bleedingheartlibertarians.com.

Life isn’t fair, but can government help that?

Luck egalitarianism is, roughly, the view that inequalities in life prospects resulting from luck are unjust. If Amy has better job opportunities than Bob because she happened to have parents who could afford to send her to a fancy private school, that’s unfair.

The US government spends billions of dollars a year subsidizing American farms, providing massive benefits for some farmers and dispersing the costs among millions of taxpayers.

What your buying habits can tell you about big government

Why are so many of us unwilling to save enough for retirement or cut back on the Coke and cookies even though we really want wealth and health?

Sports betting should be legal across the country. Here’s why.

Treating problem gamblers like problem drinkers makes sense. Criminalizing gambling for everyone does not.

If the problem is that the poor have too few options, it’s a bad “solution” to remove one of those options.

A genuine government subsidy of religion would put the state in the business of directly funding religious institutions.

Markets work with altruism, too

The market can route self-interest toward the common good. But the market channels altruism better than the state too.

4 years ago Immigration
If any part of liberalism needs revitalizing, it’s the case for liberalizing immigration. Nationalists on the left and right argue that easing immigration restrictions would make Americans worse off. During the…

I have my doubts about the “taxation is theft” meme making the rounds on my Facebook feed.

A theory of justice, post-Trump edition

4 years ago Role of Government
John Rawls famously argues that we should think about principles of justice from behind a “veil of ignorance.” How robust would you like the protection of religious freedom to be…

Do You Have the Courage to Dissent?

3 years ago 03:47
Ever felt like you disagree with everyone around you, but don’t dare to speak up? These famous experiments by Solomon Asch and Richard Crutchfield show you may not be as… 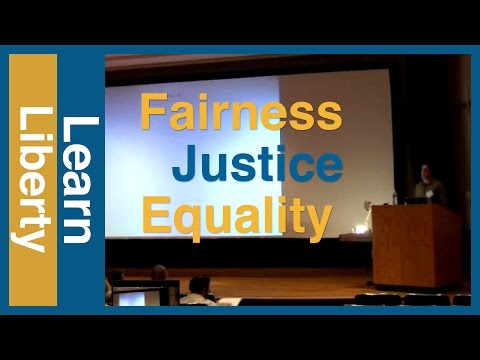 On Robert Nozick and Liberty

10 years ago 52:01
From the IHS Vault: Professor Chris Freiman gives a lecture on the political philosophy of 20th century American philosopher Robert Nozick, including his views on fairness, justice, and equality. 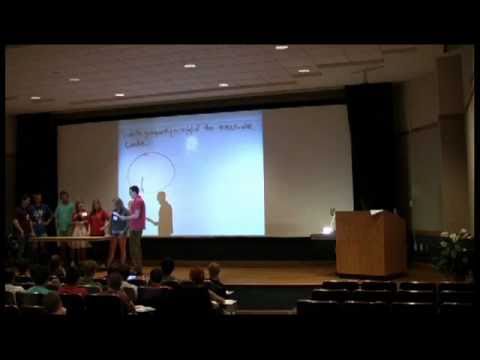 10 years ago 53:36
From the IHS Vault: Philosophy professor Chris Freiman discusses the concept of private property, addressing both its critics and its advocates, and how it relates to justice.