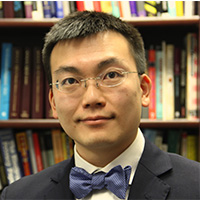 Charles is the Director of Public Knowledge’s Patent Reform Project, where he focuses on patent policy and promoting technological innovation.

Before joining PK, he was a technology policy research fellow with the University of Colorado, on a project funded by the National Science Foundation. He also was a former Silicon Valley startup software developer, and a patent attorney practicing in Southern California. As an attorney he prosecuted and litigated patents, often on behalf of startups and small companies in the information technology industry. He is a registered patent attorney with the United States Patent and Trademark Office, where he has drafted and prosecuted hundreds of patent applications.

Patents are out of control, and they’re hurting innovation

The government issues thousands of new patents every week — each one a new regulation — with little to no oversight or review.