After graduating from the University of Pennsylvania Law School, Professor Kreit clerked for the Honorable M. Blane Michael on the U.S. Fourth Circuit Court of Appeals. He then worked as an associate at Morrison & Foerster in San Francisco where his practice focused on securities and appellate litigation.

Professor Kreit is author of the casebook Controlled Substances: Crime, Regulation, and Policy  (Carolina Academic Press, 2013) and co-author of the reference book Drug Abuse and the Law Sourcebook  (with Gerald F. Uelmen and Victor G. Haddox) (West, 2013). His articles have appeared in journals including the University of Chicago Legal Forum, the Harvard Journal of Law and Public Policy, the Oregon Law Review and the William & Mary Bill of Rights Journal.

Professor Kreit is actively involved in the community. He is currently President of the San Diego Lawyer Chapter of the American Constitution Society and from 2009 to 2010 he served as Chair of the City of San Diego’s Medical Marijuana Task Force, a position appointed by the San Diego City Council. In March 2013, Professor Kreit joined the Appellate Defenders Inc. panel, representing indigent defendants in state criminal appeals in California’s Fourth Appellate District. He has been recognized as one San Diego’s Top Attorneys in the Academic Field by the San Diego Daily Transcript (2009, 2011, 2012) and one of “35 under 35” community leaders by the San Diego News Network (2010).

Professor Kreit is frequently quoted in the media on drug policy issues, having appeared on and been quoted in news outlets including the Christian Science Monitor, the Fox News Channel, the Los Angeles Times, Newsweek, and the San Diego Union-Tribune.

Drug Laws Vary Across State Borders, and Here’s Why That’s a Good Thing

5 years ago War on Drugs
Every year, when the Federal Bureau of Investigation (FBI) releases its annual arrest statistics, news outlets buzz about the still staggeringly high number of marijuana arrests. Despite support for marijuana legalization…

The War on Drugs: Part One

War on Drugs: Why Is Marijuana Legal in Some States and Not Others?

5 years ago 02:28
Why do some states have harsher laws against marijuana than others? Is having differing laws between states a good thing? Join Learn Liberty and Professor Alex Kreit to explore how… 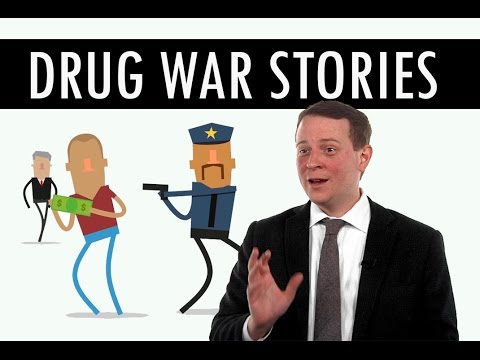 6 years ago 01:05
You know what they say about assumptions, right? Well, what if our criminal justice system worked off that flawed system? Right now police officers are making wild assumptions about what… 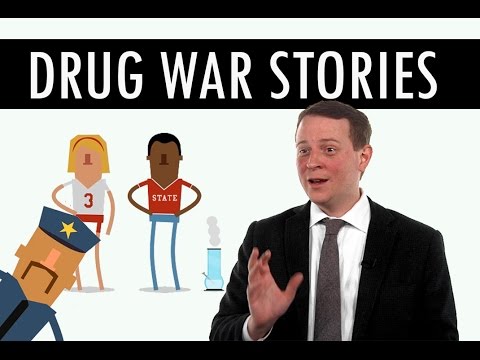 6 years ago 00:57
When you think about going to college or university, crime is usually not your first thought. But with sexual assault, robbery, and especially drug related arrests, maybe it’s time to… 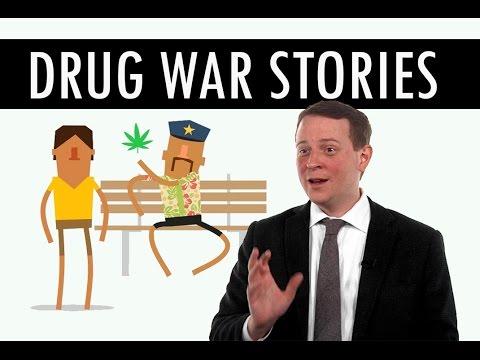 6 years ago 01:16
Right now, while your car or home is being broken into (hopefully not, though) there is a police officer sitting inside a mall drinking an Orange Julius, trying to convince… 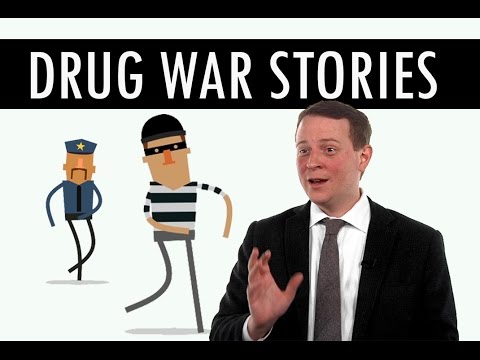 6 years ago 00:59
If you caught someone with their hand in the cookie jar, you wouldn’t let them keep the cookie and only step in once the entire jar is empty to establish… 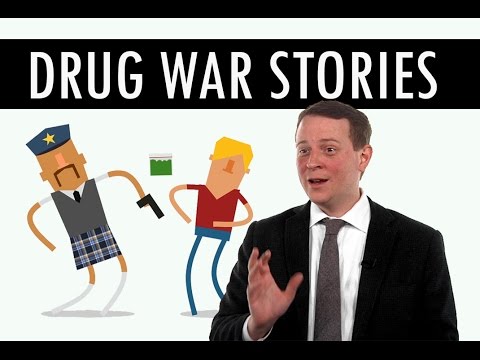 All The Cool Cops Are Doing It – Drug War Stories (Ep. 4) with Alex Kreit 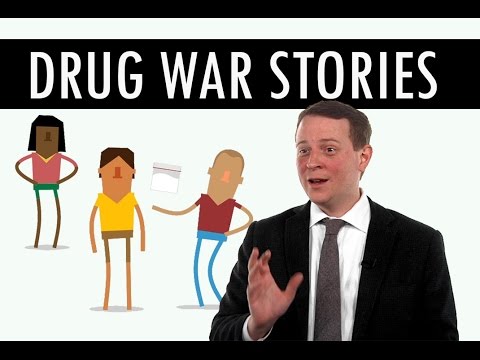 Till Meth Do Us Part – Drug War Stories (Ep. 3) with Alex Kreit

6 years ago 00:46
Sharing is caring. But not with drugs. If you’re caught sharing drugs with your friends, family, spouse or whatever, the police have you on distribution. So before you puff-puff- pass,… 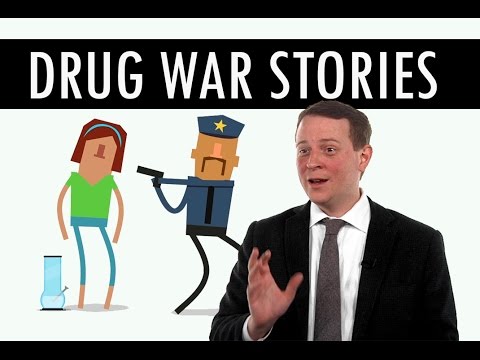 6 years ago 01:13
Don’t spill the bong water; especially if it’s filled with methamphetamine. Right now cops can use the weight of bong water when attempting to sentence drug users. Discover your rights,… 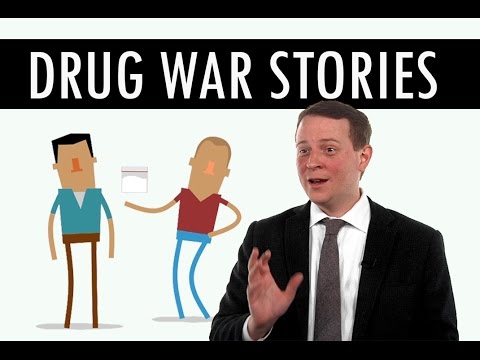 If You Give A Cop Some Coke – Drug War Stories (Ep. 1) with Alex Kreit

6 years ago 01:10
Everyone knows the dangers of buying drugs. But did you know there’s a way to buy drugs and have cops actually thank you for it? In an in-depth analysis of… 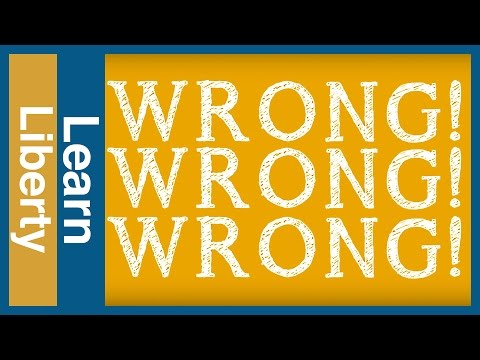 Don’t Be A Victim | The Drug War and You

6 years ago 01:09
Did you know having “too much” cash on you can be used to prove possession of drugs? Or that being present at a drug deal can lead to life in… 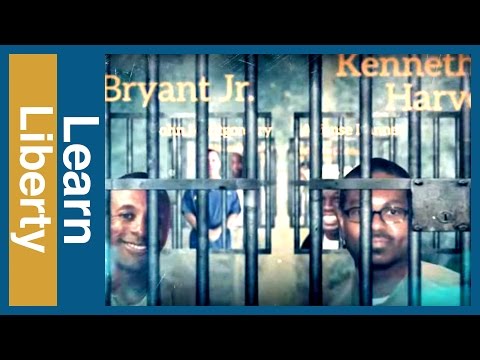 4 Reasons to be Optimistic About Mandatory Minimums

6 years ago 02:55
Mandatory minimum sentencing laws have sentenced people to jail for decades, sometimes for doing something as simple as selling pot a few times. Is there any reason to be hopeful… 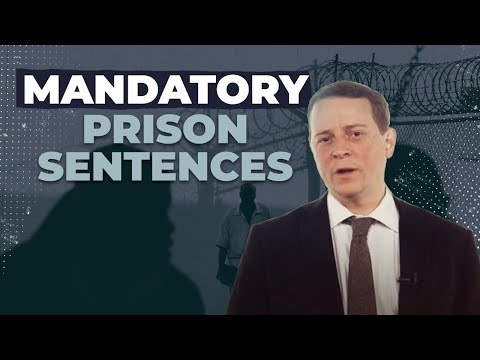 3 Things You NEED To Know About Mandatory Prison Sentencing

6 years ago 03:21
Our three most recent presidents have admitted to committing drug offenses in their youth, though they didn’t pay for their indiscretions with jail time. But most people caught up in… 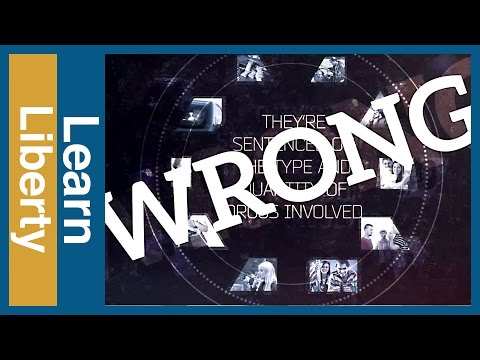 6 years ago 03:53
A single mother addicted to drugs. A man so desperate to pay for medical treatment that he tried unsuccessfully to sell methamphetamines. A guy busted for selling LSD and another… 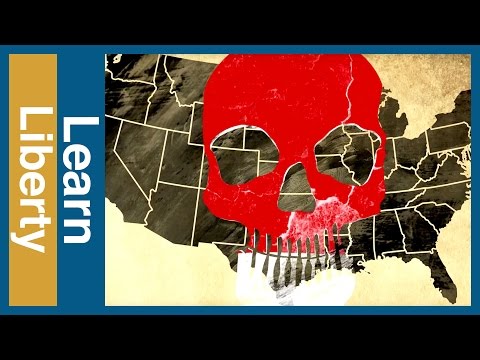 Why Are So Many Violent Criminals Walking Free?

7 years ago 02:43
In 2011, fewer than half of all violent crimes found any resolution. An alarming 59 percent of rape cases and 36.2 percent of murders in the United States are never…