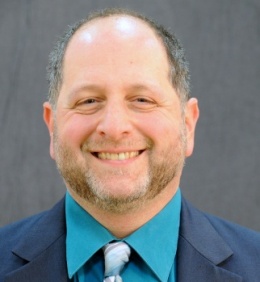 Dr. Aeon J. Skoble is Professor of Philosophy at Bridgewater State University.  He is the author of Deleting the State: An Argument about Government (Open Court, 2008), the editor of Reading Rasmussen and Den Uyl: Critical Essays on Norms of Liberty (Lexington Books, 2008), and co-editor of Political Philosophy: Essential Selections (Prentice-Hall, 1999) and Reality, Reason, and Rights (Lexington Books, 2011). In addition, he has frequently lectured and written for the Institute for Humane Studies and the Foundation for Economic Education, and he is a Senior Fellow at the Fraser Institute. His main research includes theories of rights, the nature and justification of authority, and virtue ethics. In addition, he writes widely on the intersection of philosophy and popular culture, among other things co-editing the best-selling The Simpsons and Philosophy (Open Court, 2000) and three other books on film and television.

A toddler screaming about time-out prompts a neighbor to summon the authorities, but months of relentless bullying are laughed off by neighbors and ignored by the authorities.

Does the president even have the authority to ban transgender people from serving?

Amazon is about to buy Whole Foods. Is it time to panic?

This isn’t an accident. This is the purpose of these regulations — to protect established businesses from competition.

Where did the presidency get all these powers? From Congress.

Why would the legislature want the executive to have more power? Why would they voluntarily cede some of their power?

He’s not my president because none of them are.

The inauguration of President Trump was immediately followed by size comparisons.

It’s healthy for us to periodically revisit these discussions about the basic structure and principles of government. It’s probably less healthy, though, to tie one’s like or dislike of the electoral college to one’s preferred outcome in any particular race.

Dirty jobs vs Liberal arts: Elitism for everybody

The value of liberal arts fields lies not in their specific application but in the way they inculcate a set of problem-solving tools. That corporate recruiters consistently report a preference for liberal arts majors over majors in “practical” fields is testimony to the reading, writing, and analytic skills students develop in those programs.

Women in the draft: The wrong kind of equality

Equality in slavery is not an admirable goal even among those with the best of intentions.

Yet another comically bad caricature of libertarianism

Another day, another hilariously awful straw man argument against libertarianism.

5 years ago Role of Government
What if I told you that some people were better than others? I don’t mean better at tennis or better at singing or better at math.  I mean a better breed…

The Philosophy of Liberty

5 years ago 02:42
Why are cities across America considering bans on e cigarettes and vaping? And what do the tobacco industry and anti-tobacco groups have in common? Prof. Aeon Skoble looks at the motivations… 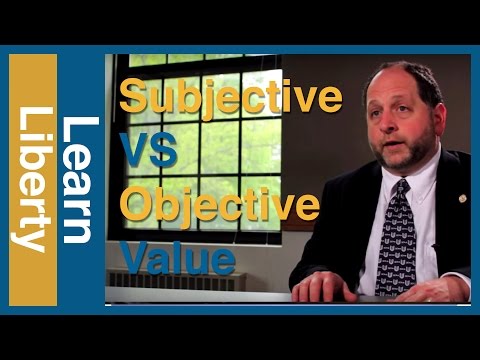 Subjective vs. Objective Value: The Economist and the Philosopher

9 years ago 02:03
Economists and philosophers use the word “value” differently. Philosophy professor Aeon J. Skoble points out that while economics discusses value as a subjective thing, philosophy tends to address value as… 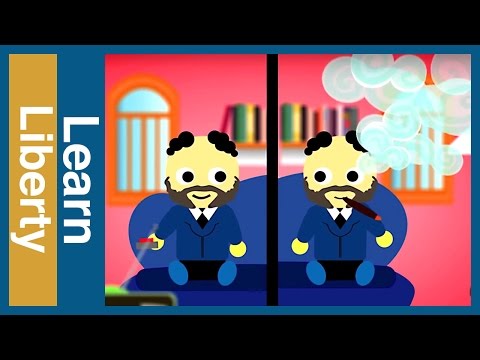 9 years ago 02:32
According to Prof. Aeon Skoble, smoking bans are on the rise in America. At first glance, this trend seems to stage a battle of rights. The smoker claims to have… 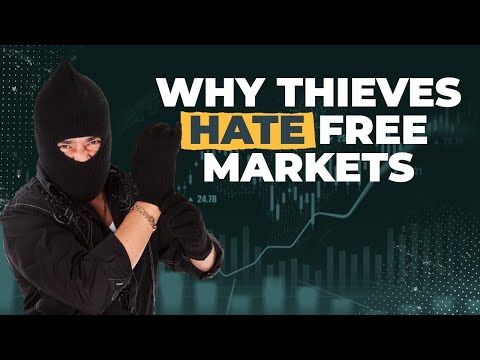 9 years ago 03:03
Many believe that market economies create a dog eat dog environment full of human conflict and struggle. To Prof. Aeon Skoble, the competition in markets does not create conflict, but… 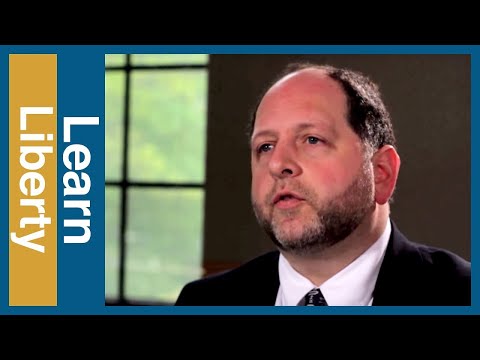 9 years ago 03:01
According to the Declaration of Independence, we’re all created equal. But Professor Aeon Skoble is not as rich as Bill Gates, as tough as Vin Diesel, or as sexy as… 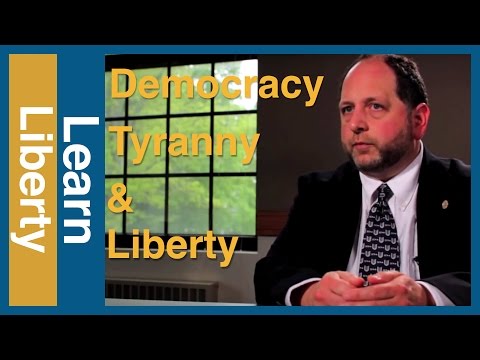 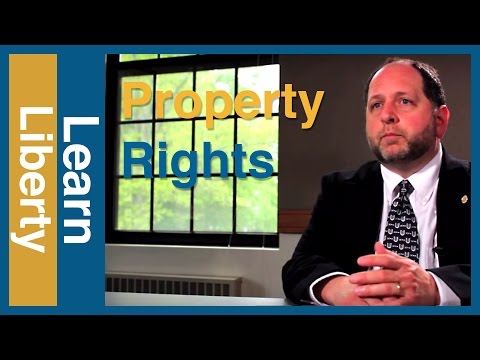 9 years ago 02:25
Do stable property rights benefit only the rich? Prof. Aeon Skoble argues that, contrary to public belief, equally protected property rights are the little guy’s best protection against the rich… 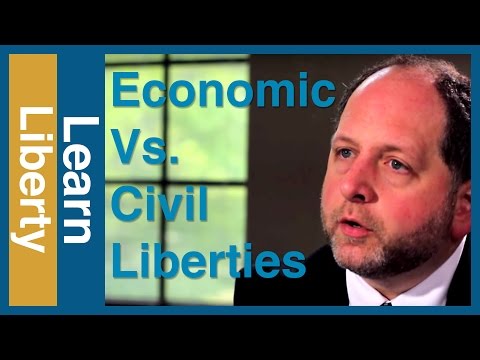 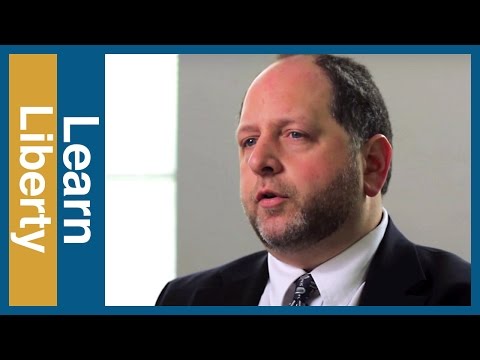 9 years ago 03:17
Prof. Aeon Skoble claims that if we really care about the wellbeing of communities, we should keep in mind the unique and autonomous individuals that make it up. Each individual… 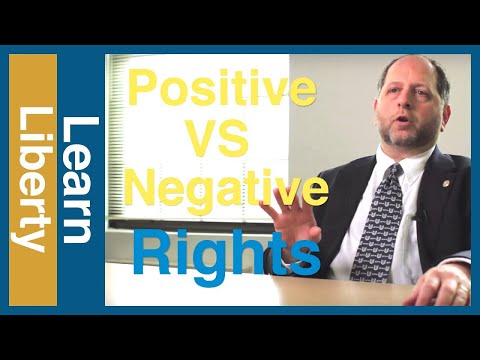 9 years ago 04:24
Prof. Aeon Skoble describes the difference between positive and negative rights.  Fundamentally, positive rights require others to provide you with either a good or service.  A negative right, on the… 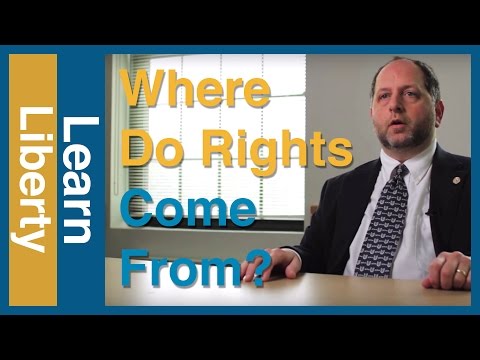 Where Do Rights Come From?

9 years ago 03:23
Where do rights come from? Prof. Aeon Skoble claims that there are several types of rights that come from various sources. For instance, voting rights and contract rights come from… 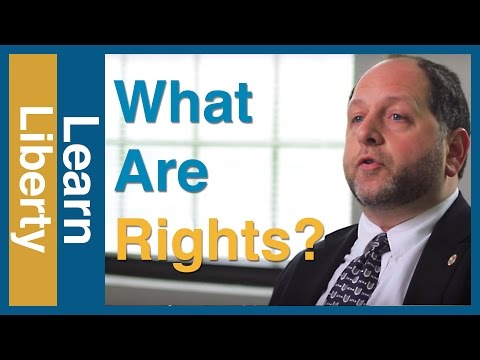 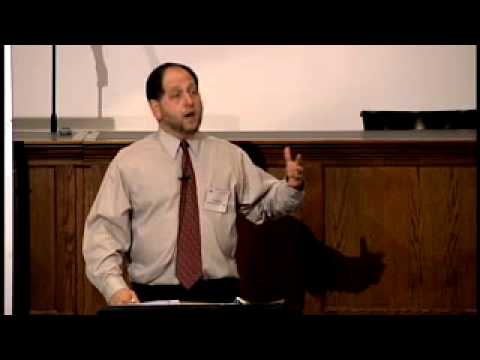 10 years ago 06:26
What do we mean when we talk about equality?  How does equality relate to our concept of respect for others?   Philosophy professor Aeon Skoble challenges students to take a fresh…