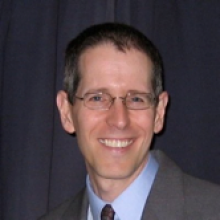 Adam Schwartz is a Senior Staff Attorney with the EFF’s civil liberties team.

Previously, he served as a Senior Staff Attorney at the ACLU of Illinois, where he worked for 19 years.  His cases at the ACLU challenged the criminalization of civilian audio recording of on-duty police, abusive border detentions of Muslim and Arab citizens caused by the federal Terrorism Screening Database, AT&T’s collaboration with the NSA’s dragnet surveillance program, and public access to information about Illinois’ Statewide Terrorism and Intelligence Center.  He also advocated for policy reform regarding drones and location tracking, and wrote reports about surveillance cameras and fusion centers.  His other ACLU cases addressed youth prisons, police detentions of pedestrians and motorists, free speech, religious liberty, and drug testing of public housing residents.

Adam clerked for Judge Betty B. Fletcher of the U.S. Court of Appeals for the Ninth Circuit.  He has a J.D. from Howard University and a B.A. in Economics from Cornell University.

Every day, AT&T adds four billion call records to Hemisphere, making it one of the largest known reservoirs of communications metadata that the government uses to spy on us.