Adam Martin is a Lecturer in Political Economy at King’s College London, where he directs the Rationality, Choice, and Uncertainty research group. After receiving his Ph.D. in Economics from George Mason University in 2009, he was a post-doctoral fellow at the Development Research Institute at New York University. He has also been a visitor at the Center for the History of Political Economy at Duke and the Social Ontology Group at Cambridge. Adam is a co-founder of the Carl Menger Undergraduate Essay Contest run by the Society for the Development of Austrian Economics, director of the Humane Studies Fellowship for the Institute for Humane Studies, and a member of the Foundation for Economic Education’s Board of Scholars.

Adam’s research interests include Austrian economics, economic methodology, economic development, and public choice. The main thread of his work concerns the relevance of Frank Knight’s distinction between risk and uncertainty for contemporary political economy. His articles have been published in outlets such as the Cambridge Journal of Economics, Journal of Economic Methodology, and Public Choice. More information about his work can be found at his personal website, adamgmartin.com.

The War on Drugs: Part Two 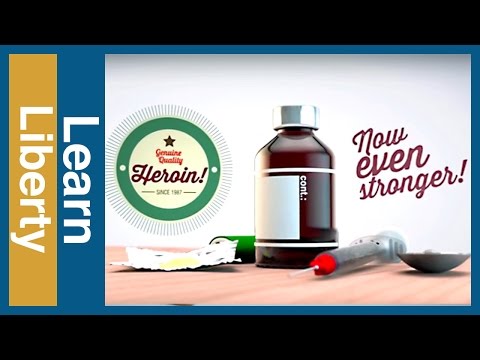 Why Are Illegal Drugs Stronger Than They Used to Be?

7 years ago 03:27
Is it possible the war on drugs is to blame for increased potency in marijuana and for how crack ravaged inner cities in the 1980s? Prof. Adam Martin explains how…