Will the Warriors win forever? The NBA’s problem with team balance

Over the last several seasons, top-tier NBA players like LeBron James, Kevin Durant and Chris Paul appear to be self-selecting themselves onto teams with other top-tier players.

These “superteams” might win a lot of championships, but are they going to ruin the sport for the rest of us? And is there any way to restore more balance to the NBA?

The most striking evidence of this trend may be this: Last season, Russell Westbrook won the Most Valuable Player award while playing for the Oklahoma City Thunder. Of the eight Most Valuable Player awards handed out prior to last year, every single one of those players is currently on one of two teams (the Cleveland Cavaliers or the Golden State Warriors). And all but one of those players switched teams at some point after winning it.

As a result, the NBA is suffering arguably the largest crisis of competitive balance in recent memory. In fact, relative to the other professional leagues, the NBA is already the most unbalanced.

Competitive Balance and the NBA

For any sports league, competitive balance is crucial to keep the game interesting and the fans excited. But it’s not entirely clearly exactly how much competitive balance a league should pursue. Imagine a league with absolutely no competitive balance — team ability is so skewed so as to eliminate any uncertainty in game outcomes. Fans have little interest in watching a sporting event where everyone already knows who will win.

Fans have little interest in watching a sporting event where everyone already knows who will win.
But too much competitive balance is also a problem. Imagine instead a league where every team has exactly the same ability. Contests, then, are decided solely by chance occurrences: a bad bounce here, an errant referee’s call there. Fans may dislike a foregone conclusion, but pure randomness isn’t much better. Leagues need to find a happy medium.

Relative to the other professional leagues, the NBA is already the most unbalanced.  Several calculations exist to try to quantify a league’s competitive balance and, in doing so, allow for comparisons of the degree of competitive balance witnessed across leagues. One figure, called the Noll-Scully measure, considers the ratio of the actual variance in win percentages across teams to an idealized measure of variance. By this calculation, the NBA has historically been the least balanced of the four main North American professional sports leagues.

Another process is to consider a concentration-type calculation (such as the Herfindahl-Hirschman Index) across some sports outcome—playoff appearances, championships, etc. Using these metrics, the NBA again generally finds itself as the least balanced league.

How to Fix the NBA’s Problem

So what steps could the NBA take to keep the sport competitive? Several of the most common measures that leagues can employ to promote balance are already in place.

Teams draft incoming players in reverse order of their previous season’s finish, though a lottery can tweak the order a bit. A salary cap is in place in the NBA, meaning that teams are limited as to the total amount of money they can spent on their players in any given season. The NBA also has a system of revenue sharing between franchises.

What’s left to make further improvements? I can offer a few suggestions:

As in any complex social system, extending too much control over individual players and teams could ruin the dynamics of the game for everyone. But allowing players and teams the freedom to choose their own paths means accepting that we don’t control all the outcomes — even if that means the Warriors or the Cavs keep winning year after year. 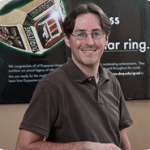